Simply beautiful with the Beaver Moon rising.  Missed the partial lunar eclipse at an inconvenient early morning hour.  Beavers could make a comeback in Santa Barbara County, holding back the canyon streams instead of water running through alluvial fans.  Great for replenishing that ground water in Goleta also.  Wonder if they could be invited back as ecosystem fighters.  Beautiful animals and they were here in times prior.

Eclipse photos - Where Are They? We thought there would be dozens of Edhatters sending in pix.

We got this one at 12:02am when it was fairly advanced, but when we went out at 1am (fullest eclipse) low clouds completely obscured it. Can you send Ed one from then, maybe up in the mountains or over in the valley? The full moon rising was spectacular. But the eclipse seemed inexplicably odd. Pondering that, we noticed two things. Unlike a waxing or waning moon, there was a bight out of the top. Secondly, there were NO shadows. Usually a partial moon will have more definition due to shadows from crater walls, but because the moon was directly lit by an "overhead" sun from our perspective there wasn't anything to cast a shadow. Makes it look kinda boring, yet subtly eerie.

So - anyone have different, better, or later pix to share? 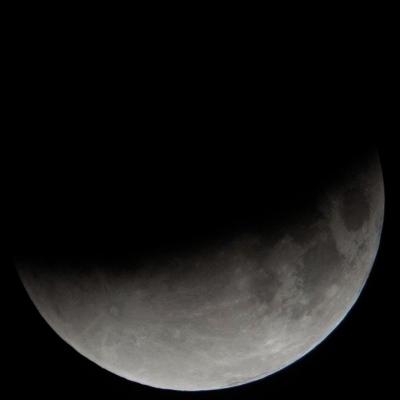 The moon played hide-and-seek through the clouds here near the ocean, but there were periodic portholes in the clouds that allowed astrophotography.

Two photos are attached: one of the eclipse at maximum, and a collage of the night sky, the moon, and temperature and humidity readings as taken after eclipse maximum from my 2nd story deck 200' from the ocean. 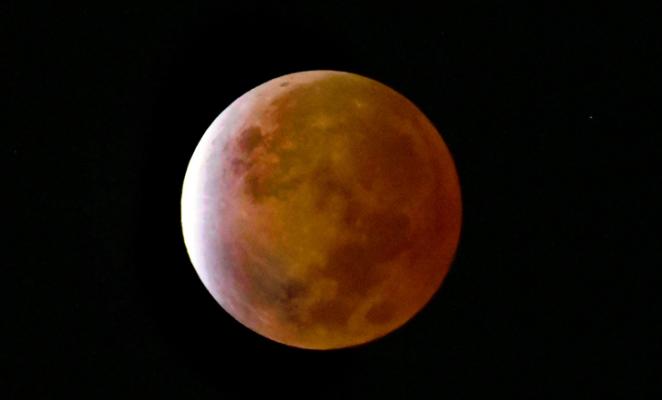 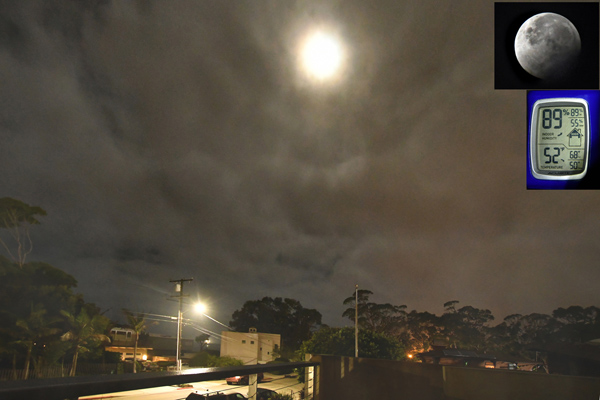 They are and have been on the Santa Ynez River for centuries. They do the best they can given the the climate margin and wet dry cycles they live in.

Amazing they could survive, especially during our epic droughts! I guess most or all are below Gibraltar, where the meager drought flow happens more often? Thanks for the encouraging news.

Thanks for the post John. I missed the eclipse this time, however I’ve been enjoying the moonrise over the ridge behind the city the past couple nights.

Timing of the eclipse maybe made the moon look full longer than usual? Like you Shasta, we much enjoyed last night's moonrise, with a few ragged lines of cloud across it from our vantage point. With so much craziness in the world right now, it felt good to slow down and enjoy a serene moment.

A bevy of beavers in the hills - fascinating idea, Beverly! They're amazing critters, and as a keystone species their positive environmental effects go well beyond raising the water table. Their little catch basins support countless other plant and animal species. They'd be great on the Santa Ynez river and all our other river and creek systems too. https://en.wikipedia.org/wiki/Beaver#Environmental_effects

IMO the majority of US

Per the State of California’s

EDNEY - I heard pensions were

My brother-in-law used to

We have seen what 'defund the

They were broken into at 3 am

Switched to Frontier: no