The fire took place on June 14, 2020 at 12:53 p.m. near Drum Canyon Road and Highway 246. Dubbed the "Drum Fire," officials issued a mandatory evacuation for a community near Buellton due to high winds that were driving the fire.

Within just a few hours the fire grew from one acre to 696 acres before it was fully contained three days later on June 17. There were no damaged structures or injuries.

Investigators determined the specific origin area of the fire was located north of a PG&E utility pole. The examination team identified fulgurites and the east electrical conductor on the ground inside the origin area. 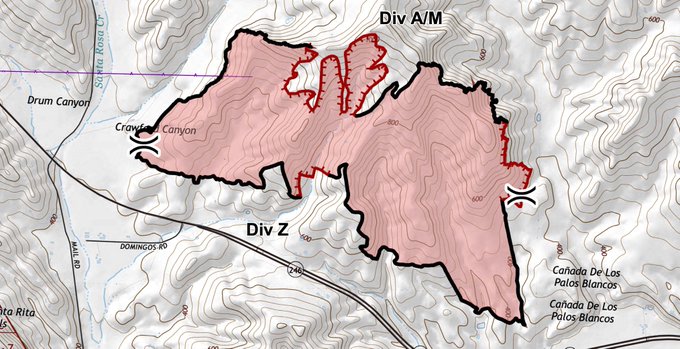 Burned area of the Drum Fire 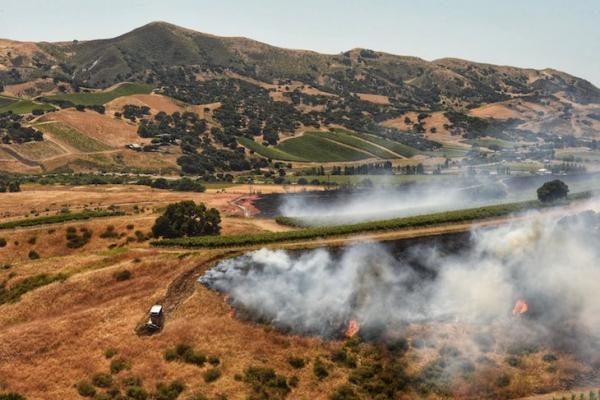 With so many years of neglected maintenance being performed by utility companies... it sure looks like they're going to keep getting hit with a whopper of lawsuits as fire and other departments clean up their messes for them. A lesson in there somewhere...