On a not-so-chilly October evening, members of Downtown Santa Barbara’s Décor Committee judged two dozen businesses participating in the annual Halloween Window Décor Contest. With a wealth of horror from which to choose, the committee wrestled to narrow the field down to the top three locations, as well as a runner-up award.
Along with a monetary award for the first three places, each winning location received two tickets to an upcoming performance at The New Vic, courtesy ofEnsemble Theatre Company (ETC).
1st Place, Most Creative Award goes to Santa Barbara Public Library (40 E. Anapamu): Library staff created a thrilling live-action tableau with Dr. Frankenstein herself on hand to piece together Frankenstein’s monster, wielding a bloody heart. An electrifying entry as well as a brilliant promotion of the current SB Reads book, “Frankenstein,” by Mary Shelley. 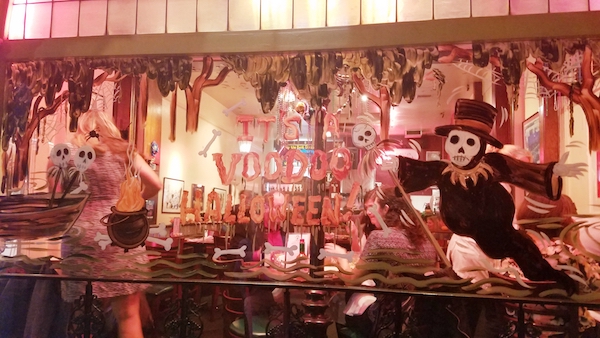 The Palace Grill
2nd Place, Most Theme-Oriented Award goes to The Palace Grill (8 E. Cota): This window’s hand-painted Voodoo theme didn’t seem to faze diners inside the beloved Cajun eatery, but if you’re walking by the big window adorned with ghouls and skeletons…be careful of a greegree (a curse or spell put on someone). 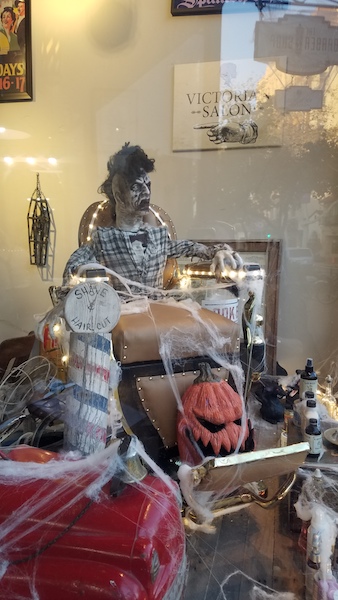 The Barber Shop & Victorian Salon
3rd Place, Scariest Award goes to The Barber Shop & Victorian Salon (1233 State), for its most Sweeney Todd-inspired use of barber instruments, in a not-good-but-really-scary way.
Runner-Up, Best Neighboooo’hood Collaboration Award goes to Lovebird Boutique & Jewelry Bar (535 State). In celebration of Halloween, they replaced our mannequins with skeletons. “This idea appeals to us because we want to support business downtown,” said Jennifer Scarbrough, owner of Lovebird, “We can help revitalize State Street while having a good time.” 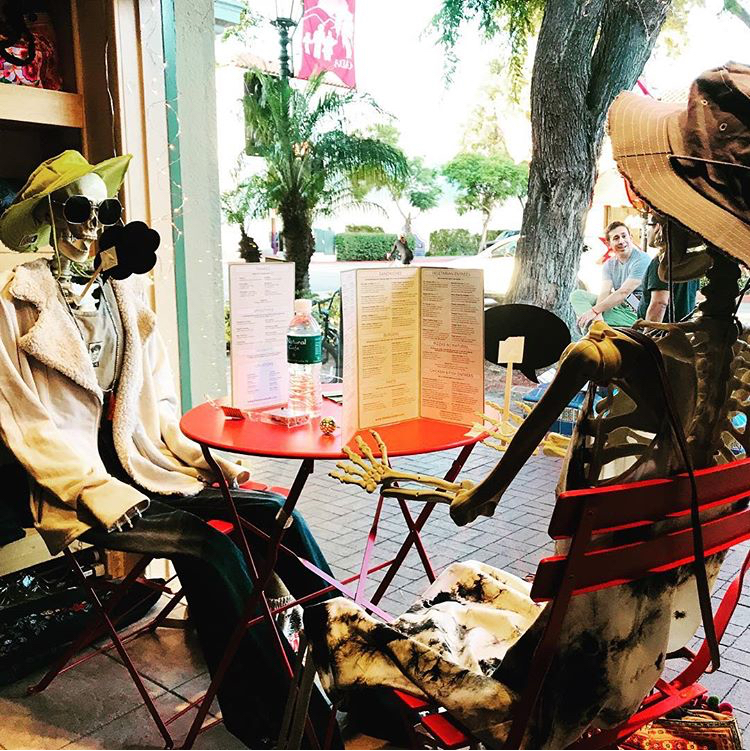 Term limits. While it

What a scathing report!

Wow, so beautiful! Belongs in

Do you have a link to this

The issue here goes beyond

Wear the damn masks! The more

“I could get a Grand Jury to