Michelle is an exceptional senior at Dos Pueblos High School, a part of Santa Barbara Unified School District, has been recognized as one of the country’s most outstanding high school leaders by the Coca-Cola Scholars Foundation and has been awarded a $20,000 college scholarship. As a member of the 31st class of Coca-Cola Scholars, Michelle not only exemplifies superior leadership, service, and academics –she is a change agent, positively affecting others in her community. Michelle is one of 150 selected from 95,715 initial applicants from across the country to receive this scholarship. 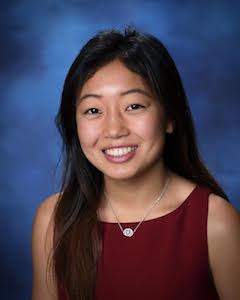 Michelle is a member of the Dos Pueblos Engineering Academy who was also recently named a National Merit Scholar.  As a junior, Michelle was named a Prudential Spirit Award-as one of the nation's top 10 student volunteers.

A joint effort of Coca-Cola bottlers across the United States and The Coca‑Cola Company, the Coca‑Cola Scholars Program is one of the largest corporate-sponsored, achievement-based scholarship programs of its kind. With the addition of the 2019 class, the Coca-Cola Scholars Foundation will have provided more than 6,300 Coke Scholars nationwide with over $69 million in scholarships over the course of 31 years. The 31st class of Scholars alone will collectively be awarded $3.1 million in scholarships.

In addition to receiving college scholarships, Coca-Cola Scholars will come to Atlanta April 4-7 for Scholars Weekend where they will serve as the guests of honor at a celebratory banquet, participate in a leadership development curriculum, and be welcomed into a vibrant and growing family of alumni that have become a powerful force for positive change in the world. Through networking, collaborations, and friendships, the group strives to make a greater impact together. Recent events and initiatives include the 2018 Coca-Cola Scholars Leadership Summit, a post-hurricane clean-up in Houston, and the third year of a coaching program that partners seasoned alumni with first-year Scholars as they transition to college.

And she doesn't have a last name? Are you KIDDING ME? THIS IS A PRESS RELEASE???