After a two-year hiatus due to the pandemic, the 3rd annual Dolphin Dive Festival of Santa Barbara took place earlier this month. This community event was established by the Rotary Club of Santa Barbara Sunrise. The club is composed of service-oriented leaders in Santa Barbara who conduct humanitarian service projects. One of the projects that they are well known for is providing every third grader in the Santa Barbara Unified School District with their own dictionary.

The Rotary Club’s local efforts focus on small improvements that will improve the community, including funding dental procedures for those in need, raising funds for the Salvation Army, and more. On a global scale, the club has participated in building facilities in Nicaragua, such as pharmacies, libraries, and health centers. Members of the Rotary Club lead by example and are guided by their motto, “Service Before Self”. 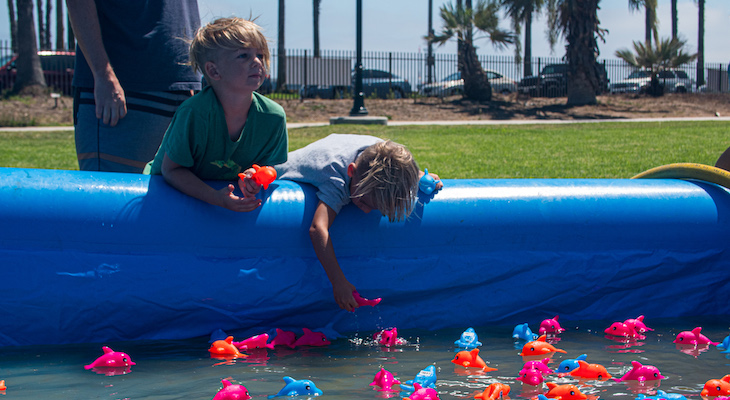 Santa Barbara dove back into summer with its annual Dolphin Dive Festival, a family-friendly event where proceeds go towards funding the Rotary Club’s service projects. It took place at Chase Palm Park from 12:00-4:00 pm. The event was founded two years prior to the pandemic in order to give back to the community and advertise what the Rotary Club does for the community, as well as get others involved with the club.

Not only is the Dolphin Dive a charitable fundraiser, but it also provides a fun day outside for families to spend together. This year, attendees could enjoy performances from the Nick Hoffman Band and activities such as face painting and a photo booth. Food and drink were provided by several of the event’s sponsors, including Elubia’s Kitchen, Kona Ice, The Brewhouse, and Casa Barranca Wines. 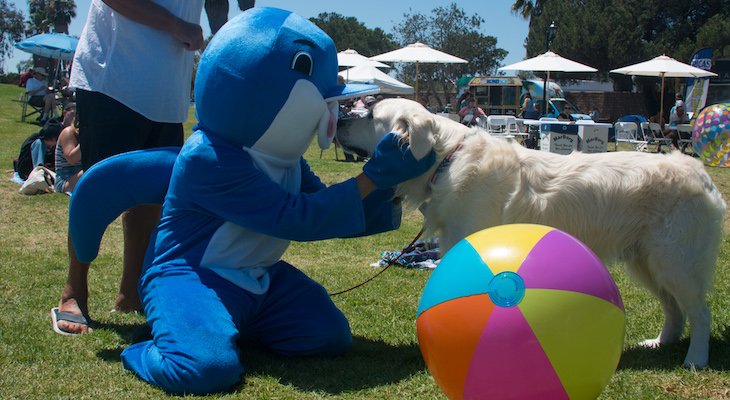 This festival is distinguished by its unique dolphin races. People can adopt and decorate plastic dolphins starting at 10 dollars to race down an inflatable 200-foot watercourse set up at the park. There are five opportunities to win, each with different amounts of cash and prizes.

This year, there were about 700 dolphins amongst the five races. Rotary Club member, Oscar Zavala, had the luckiest dolphin and won the grand prize of $2,500 and an Olio e’ Limone gift certificate. His family bought 50 dolphins, and he plans to donate a cut of his winnings to the club. The other winners included Kurt Greene ($1000), Sue Pilkington ($500), and Michelle Richards ($300). Be sure to put this special community event on your calendar for next July.

Mia Groeninger is edhat’s summer intern and is a rising sophomore at Cate School in Carpinteria. Her favorite thing to do in Santa Barbara is spend time at the beach.

Great recap Mia, thank you! You're well on the way to being a great local journalist.

Once again your writer Mia vividly detailed this event..I am a daily subscriber and look forward to her articles

"Do I go to Parler and cry

The GOP is dead - backing

This is just down the street