The rescued dog who fell off the cliffs of the Douglas Preserve of near the July 4th holiday has been adopted by a local family and is now thriving.

On the morning of July 4, 2019, a Good Samaritan called the Santa Barbara Police Department to report a lifeless dog on the sand under a 70-foot cliff near the shoreline. It was determined that he had been lying lifeless on the ground for 6 hours before being rescued.

Santa Barbara County Animal Services partnered with area non-profits K-9 Placement and Assistance League (K-9 PALS) and Dog Adoption & Welfare Group (DAWG) to secure enough funds to pay for his emergency surgery. He was not microchipped and was not wearing an identification tag, nor have any of the involved groups been able to locate an owner. 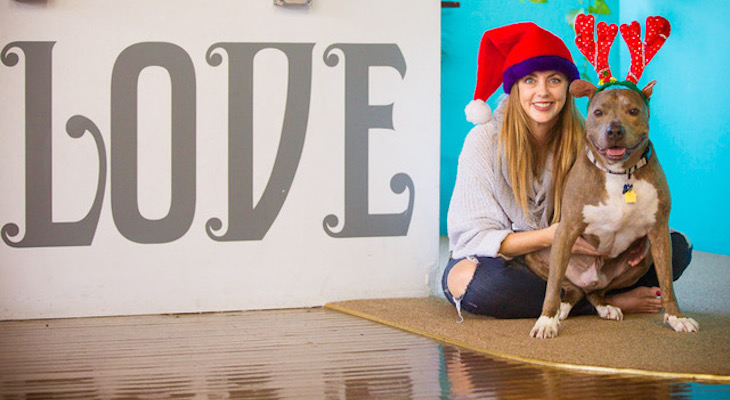 They named him Lucas and after a successful surgery, he spent several weeks of therapy and recuperative care, including physical therapy with medication to control his pain and prevent infection, as well as numerous follow-up vet appointments. He was being fostered by local family, Tracy Green and Sam Sosa, who helped him recover prior to his adoption and he won over many hearts at the Santa Barbara Police Department while the nonprofits searched for a loving home.

Enter local resident Alissa Wilcox who adopted Lucas on November 19. "He's been such a dream and loves to play with toys, enjoys walks and treats and loves being with his people. I am so grateful for all of the people who found him, arranged care for him and who have loved him the last several months," said Wilcox.

Lucas still has physical therapy at Atlas Rehab for Canines (ARC) with Karen Atlas, and his care is still being paid for by K9 Pals. He has also had a couple of training sessions with Andrea Bratt, owner of K9s Behave to help him socialize better.

Wilcox also credits Onalisa Hoodes, Board President at DAWG and SBPD employee, for being was instrumental in Lucas' rescue and helped coordinate their initial visit. Wilcox said she we will be planning a get together after the holidays for all those who helped rescue Lucas to see him in person and how far he's come. 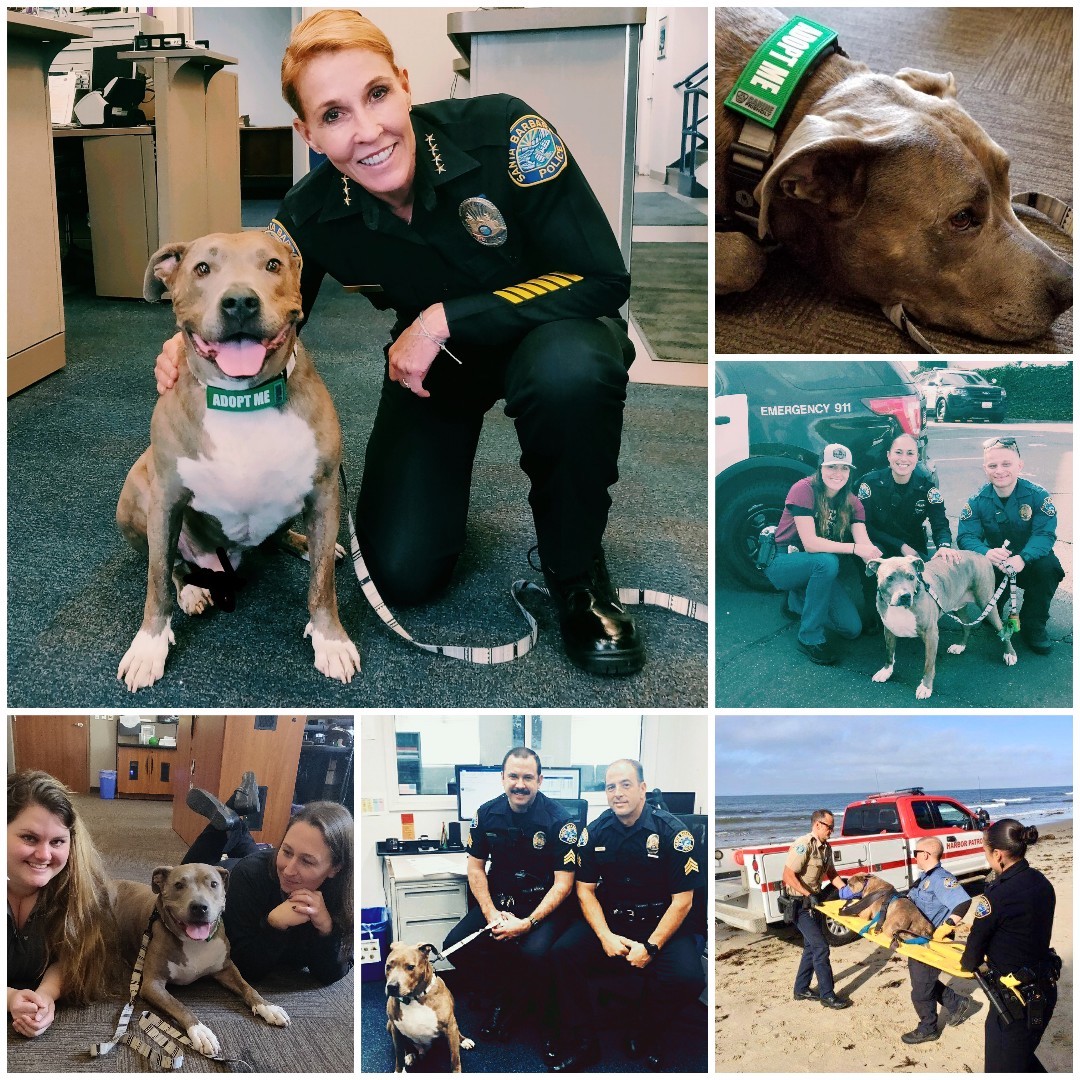 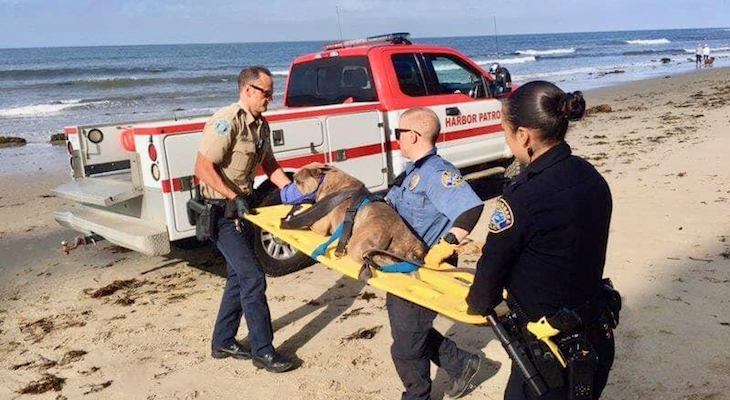 Wow, my last comment seems to have struck a nerve! Must be some truth in it ;)

So happy for all of you!! Merry Christmas Lucas!

Merry Christmas Lucas. You are a lucky dog! And very cute too.

Comparing help for animals with help for humans is like comparing apples to oranges. All living creatures deserve our compassion and support, proves our humanity. Merry Christmas Alisa and Lucas.

Comparing help going to dogs with help for humans is like comparing oranges to apples. Compassion for animals and people brings out our humanity, we need to help all creatures. Merry Christmas Alisa and Lukas.

This is very sweet. Can't help but feel unsettled, though, that we are much less likely to extend this kind of unconditional attention, care, and sympathy to our fellow human beings.

The community doesn't need my permission to be happy about anything. I don't have that kind of power!

The community doesn't need my permission to be happy about anything. I don't have that kind of power!

Take a chill pill while you're grillin. It's great the community helps any dog (who are far more helpless than the majority of humans) and last we saw, there are numerous shelters for the homeless during the rain. Get an ounce of compassion, it'll go a long way.

Dogs have absoultely no choice in the matter, and are totally reliant upon humans. I share your concern for our fellow humans, however, it is a much more complicated situation as you know. It's not as simple as picking a human up and cleaning him/her up and having them live in your home where you will provide sole care.

I understand your point, but there's massive amounts of money going (rightfully) to humans in need in this state and city, both public funding and private funding. There's essentially no public funds going for animals in need, even though most of those have been abandoned or maltreated by our fellow humans. It could be argued that we humans have an obligation to undo some of the harms caused to domesticated animals by our fellow humans! All the money going to care for this dog (and others) comes from private individuals, those having $ left over from the $$ paid to support needy humans. And as for yesterday's rains and folks outside, I noticed signs in the library a list of sheltering places.

Great for the dog. It's so great the community is concerned with one dog while hundreds of humans are currently outside in the rain. Great society we have here.

Plenty of love and effort are extended to humans hourly. Let the community be happy for Lucas and his adopter.

Oh, yes, meant to add, best wishes that they, Lucas and Alisa, live happily ever after!

That's a wonderful story. Thank you, edhat, for following up on it!

And by "rescued," I mean finds his forever home with her.

Wow—I hadn't even thought of the name coincidence. What are the chances?

YEAH! I love a happy ending to a story. I wish Lucas and Alisa all the best in the New Year.

The clock has start ... how

Be honest, this is not about

This from a Noozhawk article

Marc Benioff has said, "The

Over 10,000 Pounds of Trash Collected in Goleta during Coastal Clean Up