Local nonprofit Direct Relief has shipped N95 masks to Australia to help with wildfire ash and the Philippines as they struggle with volcanic ash.

Australia is currently dealing with unprecedented wildfires that are ravaging the entire country. At least 28 people have died and more than 3,000 homes destroyed in the state of New South Wales alone. Firefighters all over the world, including California, have traveled to assist state and federal authorities in fighting the enormous fires.

The country has faced increased temperatures and drought, which scientists and experts state are a result of climate change.

Many are struggling with dangerous air quality as smoke and ash blanket large sections of the country. Earlier in December, the smoke was so bad in Sydney that air quality measured 11 times the "hazardous" level, reports CNN.

Direct Relief is coordinating with a number of Australian agencies and organizations to deliver vital supplies, and shipped nearly 100,000 N95 masks to help block dangerous particles in the air from entering the lungs. 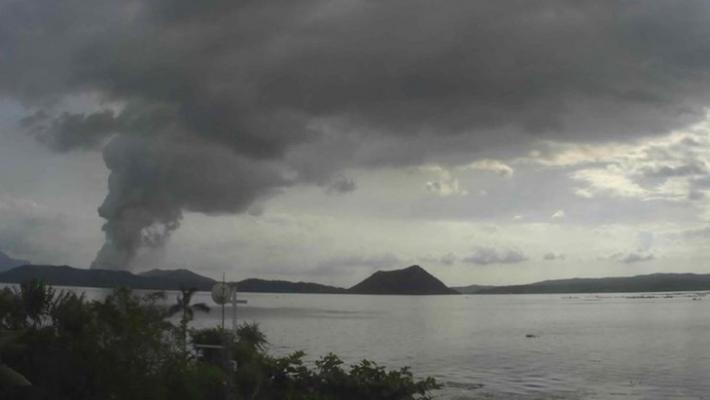 Ash spews from the Taal volcano in a photograph posted to social media on January 11, 2020. (Photo courtesy of the Philippine Institute of Volcanology and Seismology)

The Taal volcano, about 37 miles south of the capital Manila on the island of Luzon, began erupting on Sunday, sending ash up to nine miles into the air evacuating nearly 500,000 people.

Volcanic activity continues three days after the eruption began. Fissures have opened up in several areas and 466 earthquakes have been recorded since Sunday with Volcanologists warning that further eruptions are possible, reports CNN.

Volcanic ash can irritate nasal and respiratory systems and is hazardous for vulnerable populations. The related poisonous gases and materials are also dangerous to humans, animals, and plants.

Direct Relief reports it has a staff member in the Philippines actively coordinating the organization’s disaster response as they sent an emergency shipment of 42,000 N95 masks on Monday to the Philippine Red Cross in Manila.

The company states it's continuing to communicate with the Humanitarian Assistance on Disaster Management, along with other local partners, to see what additional assistance may be needed.

I suspect that most interest

An interesting note about