(Photo: Josh Koskinen)
​Update by edhat staff
9:45 p.m., May 3, 2018
Santa Barbara County Fire Captain Dave Zaniboni reports that crews arrived on scene at 6767 Del Playa at 8:51 p.m. Thursday. They found a room in a second story apartment building on fire, although it had not reached any other units in the complex. 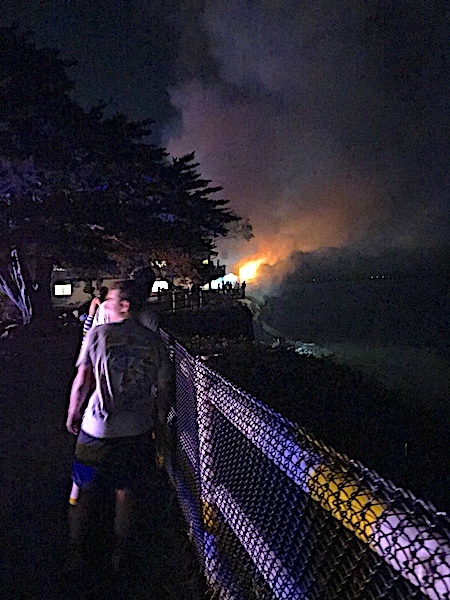 Photo: Josh Koskinen
Fire crews contained the blaze before it spread, keeping it to the living room of the unit and its content. The occupants of the home were outside of the unit at the time of emergency personnel's arrival.

There were no injuries and the cause of the fire is unknown.

The local Red Cross shelter has been notified to assist the displaced and a fire investigator is en route, stated Zaniboni. 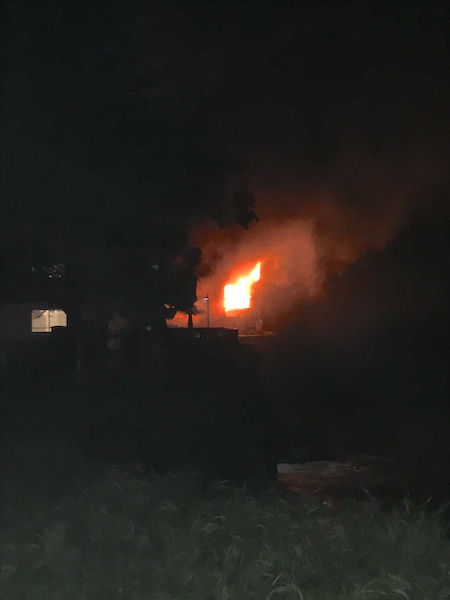 Firefighters are tackling a large structure fire in the 6700 block of Del Playa in Isla Vista Thursday evening.

Crews responded to 6767 Del Playa just before 9:00 p.m. for a two-alarm fire and evacuated nearby buildings.

Scanner traffic reported residents on the balcony escaping the fire, but there have been no confirmed injuries over the emergency scanner.

Reports are still coming in and edhat will update this article with more information as it becomes available.

Send your photos, videos, and reports to [email protected] 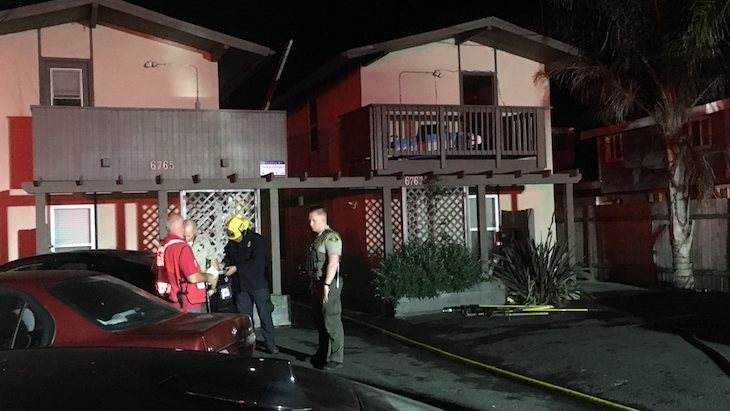 Video provided by an edhat reader

Send your photos and video to [email protected]

In 1972 (?) I was living at 6788 Del Playa. One of my roomies was introducing himself to the wonders of cigarette smoking. He was sitting on the couch on the balcony and soon smoke was billowing out of the cushion. We put it out before having to call the fire dept (pre 911). That was a close one. School was a wonderful time.

Gee, KEYT... FINALLY reported on their website that there is a fire in Isla Vista... At 9:25 PM. You did great, as usual Roger! They said they're sending a crew out there.

You still managed to get out the info about the fire before they did! And, you did it while feeling lousy. We all appreciate EdHat and, you especially. There is still way more info here than on KEYT's website!

Thanks but really am tired and was half listening when I heard the evacuations I perked up a bit then...

Santa Barbara County Fire issued 2nd alarm for the out of control fire at 6767 Del Playa in IV. All emergency personnel are on scene: AMR Medics, SB Sheriff's Deputies, SB county firefighters, CHP. Hearing reports of residents jumping off a balcony to escape. Video shows someone rescuing a dog.

I'm not hearing much else so that's it outta me unless I hear something else Thanks for the video doesn't sound like anyone was hurt owners probably won't be too happy.

Thanks for the videos...

Sounds like some engines are being released one apartment was fully involved but others were evacuated.

From what I have heard through the grape vine it's a 2 alarm fire.

It sounds like one apartment building but several units possibly involved, I'm not sure.

Anyone want to share any info they know your more than welcome and Thank You...

The sirens keep coming! I'm on El Colegio! I see 6767 Del Playa listed on SBC Fire dispatch. Hope everyone is safe!!! Here comes another one...

No reports of any injuries at this time some units staging as they respond.. did not hear the first call out so just posting what I hear....Between 6761 to 6769 addresses evacuated...

I have read that the reason

Way cool. Thank you for the

Well done as always TMO! I

This is exactly the type of