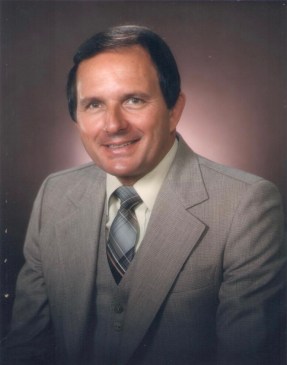 Stanley Emmet Shaw’s lifelong passion for flying started at the age of 22, when he earned his pilot’s license and purchased his first plane. He spent the rest of his years as a consummate dealmaker, buying, selling, and trading planes and helicopters and living by the adage: “The one who dies with the most toys wins,” said his daughter, Sydney.

Stan passed away at 85 on December 30, 2020, from complications of COVID-19. He’s survived by his wife of 50 years, Norma; five children; eight grandchildren; and seven great-grandchildren.

After stints in aircraft sales and piloting for Frontier Airlines, Stan opened his first fixed-base operation (a private commercial business that provides services to an airport) in Fullerton, soon followed by acquisitions in Orange County and Dallas.

During a family vacation to Santa Barbara in 1986, Stan announced: “This is where we’re going to live,” Sydney remembered. The Shaws happily planted roots, and Stan purchased Seacoast Yacht Sales in the harbor. He continued his work in aviation sales and financing and bought a hangar at the Camarillo Airport.

“Always up for an adventure,” Sydney said, Stan lived for his annual fishing trips in his float plane, “puddle-jumping among lakes, rivers, and bays in Northern Washington, Alaska, and Canada.” 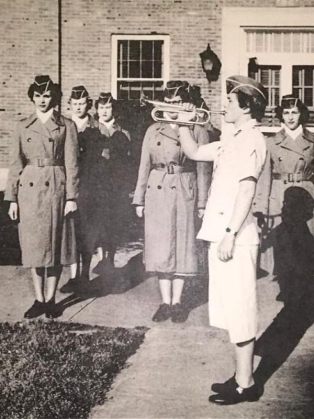 Born in Santa Barbara on December 3, 1934, Ernestine Louise Smaniotto Depp Patrick joined the U.S. Marines out of high school during the Korean War and was the corps’ first female bugler. She was always very proud of that fact, her family said.

Ernestine died December 28 from COVID-19 in Sacramento, where she’d moved in recent years to be closer to her son Tony and his family. But for most of her life, she lived in Santa Barbara with her husband, Wesley. Together they opened a leather shop in El Paseo, where, as a gifted artist and craftsperson, Ernestine made sandals, belts, purses, and saddles. She was also an accomplished painter.

“She will be dearly missed by her family, cousins, and friends in the Sacramento and Santa Barbara areas,” her family said. 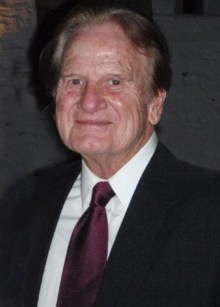 The Independent previously published an In Memoriam about Alfred written by his daughter, Christina, and it is reproduced here.

When the nurse handed me a small handful of personal effects, she said kindly, “Your father was happy here.” It was true: He’d adjusted to life at a nearby assisted living facility, where he lived for two years. He had a pleasant demeanor, ready smile, and joked with the staff. I was told often, and by many, that he was one of their favorite residents. We’d just visited him in his usual good spirits. On Winter Solstice, as the sun cast long shadows and planets aligned into a spectacular Great Conjunction, we received the call: My father had COVID-19.

Alfred Daniel Eliason, last of his generation, youngest of three brothers, was born and raised in Bedford, New York, to an immigrant family from Sweden. He graduated from MIT, where he rowed crew and sang in the choir. He served his country in the Air Force Reserves and spent his career working in defense of his nation.

He met Bette Jean Jarrell, a model, in Dallas, Texas, when a friend invited him to visit. The story goes that she met two young men at a supper club, and one called to ask her on a date. She accepted, not certain which one would show up. Apparently, the right one did. Dan and Bette married in Palo Alto, California, in 1959, and settled in Santa Barbara in 1967.

From a young age, Dan learned the building trade from his father, an accomplished carpenter foreman who built Frank Lloyd Wright homes, among others. Like his father, Dan could build or fix anything, from pouring concrete patios, which he later enjoyed doing with his own young son, to making fine furniture.

Fond of music and dance, he once performed in a local production of Oklahoma at the Lobero Theatre. Later he was an active supporter of the newly formed State Street Ballet and seldom missed an opportunity to pour wine at fundraisers and receptions.

Family and friends describe him as a “gentleman’s gentleman.” Though he lived a quiet, modest life, he was a gregarious host who delighted in making family and friends feel welcome. Many such memories began with the pop of a champagne bottle and his baritone laugh. Friends remember his consistently kind nature, intelligence, and good humor.

Dan was dedicated to his work and deeply devoted to family. He worked at Raytheon for more than 25 years as a program manager, specializing in radar guidance systems. His work required regular travel, but he never returned home empty-handed; he always carried surprise gifts for his family in his pockets. He traveled internationally for work and pleasure, including a memorable trip to Sweden, after which he composed an eloquent essay about Swedish relatives, which he mailed to all the family. After moving out West, it remained a lifelong priority for him to keep close contact with family on the East Coast, taking his wife and children to visit whenever possible.

Dad’s nursing facility notified us that COVID-19 vaccinations would commence, but my father fell ill mere days before receiving his first dose. Sadly, in the two weeks since my father’s diagnosis, according to his facility’s website, another 40 residents contracted the virus. It’s difficult to process human tragedy on that scale, to think of my father’s roommates and all those familiar faces. Yet, post-Thanksgiving outbreaks have occurred at 48 of our county’s congregate living facilities, and this scene is playing out all over the state and country.

Before, when I saw articles qualifying rising death tolls with notations such as, “over 70” and “congregate living,” I’d immediately think of my father. It felt dismissive. Age and underlying conditions factor, but we’ve lost too many of all ages. Each was a human being with a story, whose families mourn their painful loss.

Since ancient history, humans have gathered: We sit vigil beside our loved ones. We let them know they’re not alone. After they leave us, we comfort each other with stories, food, and laughter; by holding each other through tears; by our nearness. I said goodbye to my father over an iPad. My mother, brother, and I can’t be together. This goes profoundly, excruciatingly against human nature. My father was a loving, kind, good man. He did not deserve to go this way. No one does. We are hardly the first family to experience this devastation, yet I would not wish this on any family.

Hope crests on the horizon, but with the New Year dawns new, record-breaking, daily totals. We may have no control over what’s happening across our nation, but as a community, our personal choices and sacrifices absolutely affect local outcomes. I am hopeful we can do better. We must.

Alfred Daniel Eliason is survived by his wife of 61 years, Bette J. Eliason; son, Alfred Daniel Eliason Jr., who resides in France with his wife, Tanya Renee Monier, and their children, Dima Anneliese and Antonia Maurine; daughter Christina Lauranne Eliason, who lives with her husband, Richard Lloyd, in Santa Barbara; and beloved nieces, nephews, and family on the East Coast.

Thank you for making it real for all! May it make others more careful.

Dan was a fine gentleman with a sharp sense of humor and always willing to help. R.I.P. Dan

Thank you so much for publishing these remembrances. They are important on many levels. Sincere condolences to these people's families, so sorry for your losses.

Call comes out one way the

On the web site they were

I heard they were looking for

Where exactly is the 'trick'

Searching for a job isn't

It was about a motorcycle

According to the CHP MC

What crap. This confirms my