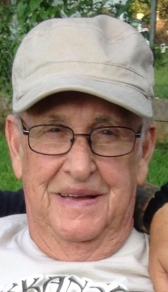 Gerald Lee Walters, an American veteran, was one of those jack of all trades who could build and fix anything. When he wasn’t tinkering, his obituary says, he was enjoying his family and friends, his beer, and slot machines.

Gerald died January 8 of COVID-19 at the age of 83 years in Hot Springs, Arkansas, where he retired after working for 32 years as an acoustical ceiling engineer in Santa Barbara. He was preceded in death by his wife and their son.

“Gerald will be missed by all who had the honor to know him,” his family said. “He never met a stranger, he was not a shy guy, and he talked to anyone who would listen. Gerald was a giver in this world.” 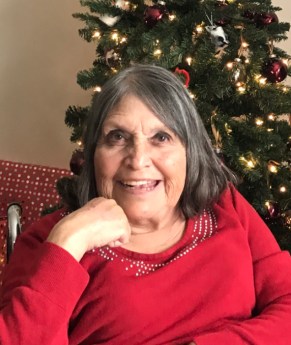 On December 31, Yolanda Andrade died suddenly and unexpectedly of COVID-19. She was 74.

Yolanda attended Franklin Elementary, Santa Barbara Junior High, and Santa Barbara High. “Once a Don, Always a Don,” her family said in her obituary. She took classes at SBCC before becoming a longtime phone operator for GTE, a credit union. In her later years, she worked in the offices of Zona Seca.

“Yolanda was a loving Mom and Nana, a loyal friend to many and an amazing woman,” her family said. On a typical weekend, you could find her at a family barbecue or at Dwight Murphy Field cheering on the San Nicolas Soccer Club. She’s survived by her three siblings, five children, ten grandchildren, and three great grandchildren.

Due to COVID-19 restrictions, he family said, services for Yolanda will be private. Plans for a celebration of life will be announced at a later date. 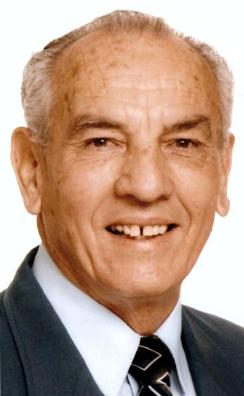 Born in Los Angeles in 1924, Frank Aiello was the eldest son of Italian-American parents who operated a produce market. Upon graduating from USC in 1942 he enlisted in the Navy and served aboard the USS LaVallette, the only American destroyer to be both torpedoed and mined in separate WWII battles. He was honorably discharged in 1946 with multiple commendations.

Frank met his wife at an L.A. church and together they had five children. He moved the family to Santa Barbara in 1962 and got a job at a CPA firm, soon after becoming an accountant for Cottage Hospital. He spent the majority of his career, however, as a CPA and the proud treasurer/manager of the Santa Barbara Teachers Federal Credit Union. He regularly treated staff to homemade spaghetti dinners.

Frank loved playing tennis, taking walks, and hiking and camping, his family said. He’d sing and dance to Big Band music and play the piano on Christmas. “I am so lucky,” he would frequently tell people. “I have such a beautiful family and wonderful kids. I have lived a good life.”

On August 3, 2020, Frank Aiello died of COVID-19. He was 96. At the time, he was living in a skilled nursing facility, which has experienced two outbreaks since the beginning of the pandemic. Frank’s last months were difficult and confusing for him, said his daughter, Carolyn, as the virus disrupted the facility and its routines.

“Before the restrictions, they had regular daily group activities and Catholic church services on the weekend,” Carolyn explained. “He mostly enjoyed the singing and Bingo games. All of these activities stopped with Covid in March. He kept asking for us to come and pick him up because he was so bored and depressed from the lack of interaction and activity, especially since he had always been a very social person.” Frank was also seeing a bereavement counselor after the recent loss of his youngest son. Those visits stopped, too.

“Fortunately, one of my sisters was able to be with him, in full PPE, during his passing,” Carolyn said. “We have never been able to have a memorial service for him since his brother and cousins, who are also elderly, are not able to travel to Santa Barbara due to COVID. It has been a very difficult time for them and us.”

Carolyn expressed thanks for the nursing home staff “who tried to make the best of a very challenging and difficult situation.” She also extended her condolences “to the families of any other patients or staff that they may have lost, and all of those in Santa Barbara who have lost loved ones to COVID.”

Sincerest condolences to their families. May their memories be a blessing.