Cheri Domingo was killed by the Golden State Killer along with her boyfriend Gregory Sanchez in Goleta in 1981, now her daughter Debbi speaks out on the arrest of Joseph DeAngelo.

On July 27, 1981, Domingo, 35, and Sanchez, 27, became the 10th and 11th murder victims of the Golden State Killer, also known as the East Area Rapist and Original Night Stalker. Both were attacked in Domingo's home on Toltec Way in Goleta. This took place just a few blocks away from the murder of Dr. Robert Offerman and Dr. Debra Manning that happened on December 30, 1979, which was also believed to be linked to the Golden State Killer due to DNA left at both murder scenes.

Debbi Domingo was just 15-years-old when her mother was raped and killed. She was staying at friend's house that evening while her brother was out of town.

On Wednesday, law enforcement in Sacramento and the FBI announced they arrested 72-year-old DeAngelo who they believe through DNA evidence to be the serial killer responsible for 12 homicides, at least 50 rapes, and over 120 home invasions throughout California.

Debbi Domingo, who now lives in Texas, posted a video on YouTube sharing her reaction to the arrest of DeAngelo.

"I'm not going to speak his name because he's insignificant," she said. "What is significant is that we are on beginning steps of putting this to rest forever... the journey for justice. It's been a really long journey but we're in the home stretch guys, this is it, he's going away."

She thanked everyone who was involved in the case and those who continued to bring attention to the unsolved murder of her mother for over 35 years.

"Mom and Greg, we got 'em," Debbi said looking at their photo. 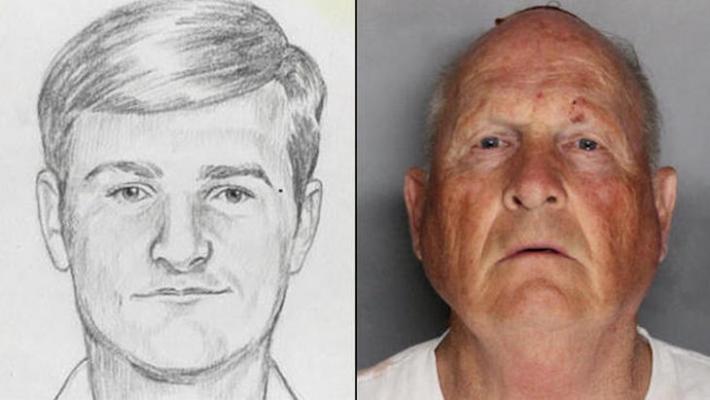