Supervisor Das Williams charged on Monday that the Santa Barbara Grand Jury displayed "a remarkable lack of knowledge" in its blistering report about the origin and operations of the county's controversial cannabis ordinance.

In his first extensive public comments since the Grand Jury criticized the Board of Supervisors for "open(ing) the floodgates" to pot growers and providing "unfettered access" to lobbyists for the industry, Williams pushed back on the critique during a radio interview. 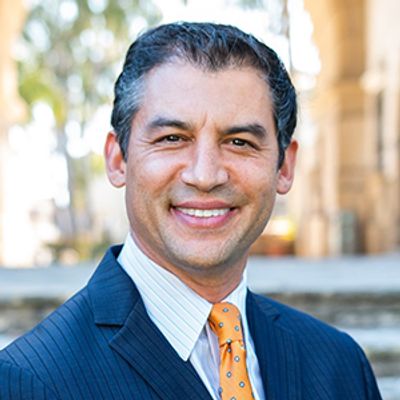 "The process has been enormously good" for Santa Barbara, he told Steve Chiotakis, host of the "Greater LA" program on KCRW-FM public radio, in a recorded interview.

The grand jury report, which is here, hit the supervisors for crafting an out-of-scale and badly flawed ordinance based on the primary goal of implanting a "robust" cannabis industry in the county, without proper regard to its impact on neighbors, vintners and other agriculture businesses, that was driven by a transactional political process. Our story on the report is here.

The supervisors have 90 days to reply formally to each of the jury's many criticisms. But Williams took to the airwaves early to push back, portraying the pot law as a major success story for the county, while insisting that industry lobbyists did not exercise undue influence because "everybody had unfettered access" to him during the ordinance-writing process.

"I found it annoying" how often representatives of the industry wanted to meet with him, he acknowledged however.

Rather than "opening the floodgates" to any grower who claimed he had previously been cultivating medical marijuana, Williams portrayed the ordinance in large part as an effort to go after and shut down illegal grows. He also asserted that the $10.7 million in pot revenue the county received this year -- one third of which goes to enforcement -- avoided "very dramatic cuts" in law enforcement and other services in the $1.2 billion budget.

He also heralded the ordinance for controlling the "nuisance" of skunky odor yielded by pot operations in Carpinteria, where many residents have long and loudly complained about the stench.

"We have a zero standard for odor," he said. 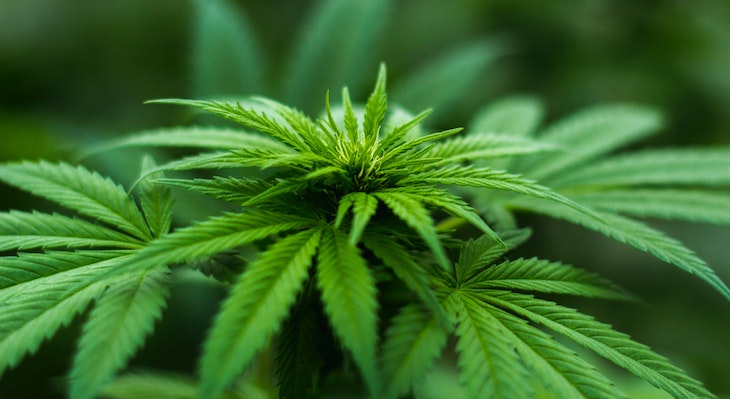 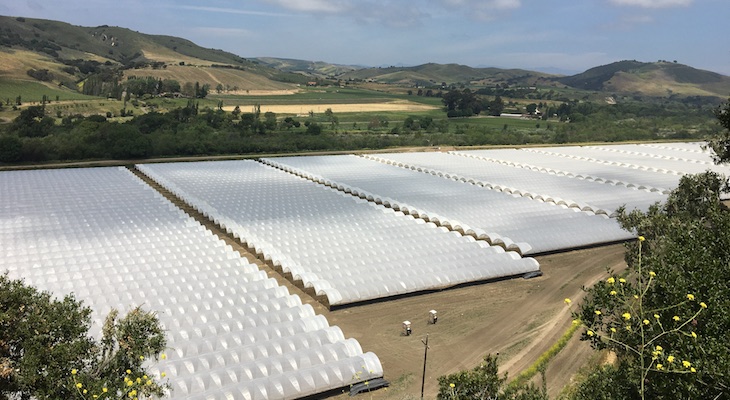 No bad odors in Carp? I was at a retail nursery on Saturday on Via Real last Saturday. The air was permeated with unpleasant diesel/skunky odors. As I drove by the former orchid greenhouses the odor grew stronger and more obnoxious. How can Das say it is not a problem???

A "zero standard"? Was this a misprint or a proverbial Freudian slip? Those who visit Carpinteria, as RHS, or Buellton in the afternoons would say, yes, there must be a zero standard for odor control. Or maybe Das is suffering from a loss of or damage to his scent awareness.

Remember Das grew up living in a van in IV and probably still sits in the same van to this day after accepting contributions from marijuana industry and Chumash and churns out some publicity rebuttal like this.

thats just stupid as it gets. what's your point about that verbal attack against someone you clearly do not even know?

I know Das in a way that very few people do. From my first hand experience, I don't trust him as far as I can throw him.

10.7M out of 1.2B budget is 0.1% of the budget, hardly a robust number. And if you account for the fact that a bunch of County and Law Enforcement staff now have extra duties because of this industry, I wonder if there are any savings at all from this program? Still can't get over how Monterey County has less acreage but gets more tax revenue because they didn't do the Lavagnino-Williams giveaway to their pot benefactors.

Pitmix- check your math. Also, read the report from the county CEO. its not that difficult to find and gives a breakdown on how the money was allocated.

Okay, so it's about 1%. That is enough to save us from the loss of revenue due to the virus? And I notice you didn't say anything about how Monterey is collecting more than we do with less planted land?

Its just a 10X math error, no big deal, right? Also, i could probably research Monterey co and their policies for hours, but aside from answering to strangers on the internet it wont do much for me. They also recently reduced their taxes from $15 to $5(greenhouse)/$8(indoor), per square foot. When you tax something so high, people move elsewhere. By lowering the taxes, it appears they were able to bring much more business to the area(3X increase in canopy size last year after lowering taxes). IIRC they don't have outdoor either, so you are comparing different types of cultivation with different, permit costs, production costs and selling prices.

DBD, why don't we tax per square foot like Monterey instead of "reported" revenues, with no one to verify the "reports". Oh I forgot, it was another Lavagnino-Williams doobie brother deal with their generous campaign supporters. And why don't we mandate indoor grows with odor control systems like Monterey? Another giveaway.

"We have a zero standard for odor," he said. Currently there is a 5-10 square mile area of Carpinteria which smells very strongly of weed on most days- so here is a question for Das, “Why are you not enforcing your zero standard?”

simple. he doesn't care, nor do most of us. things smell. everything has a scent. some enjoy certain scents and some do not. you are not going to be able to make everyone happy. that's fact. another fact is. this is a big cash haul for the city and county as well as a product voted in majority by legal aged voters. so if you are against it, that's your right, but it's also law now and time to move on and stop trying to pee on everyone else's party...its gotten really really old. majority of us have spoken and we won. the fight is over. go enjoy your alcohol, coffee or whatever it is that YOU like to do and leave the others to mind their own affairs...

I live right off Foothill Rd. and next to what was once the largest greenhouse Cannabis farm in the Carpinteria Valley. For over 2 years we have smelled absolutely nothing. I have invited all the haters over to my home to smell for themselves, including Ms. Capps. No takers??? Still smell nothing. Live here, ride my bike around Carp everyday.

It’s good to see some reality fromZerohawk @ 3:51pm and SBreader at 7:35pm. Why do whiners want to control what someone else grows on their own property? Simple: they’re anti-cannabis.

So the students and staff at Carp High are lying? And the skunk smell at Sta Claus Lane every morning at 6:30 when I drive by is imaginary? Just say that you have a stake in the industry and let that be your comment.

Park in the High School parking lot and smell for yourself. No that difficult and an end to the debater. I live cross the street.

He ..." doth protest too much, methinks." (William Shakespeare -- Hamlet) Williams seems impervious to criticism from the community on this industry, more like a spokesman for them than the community representative he was elected to be.

Das Williams has the full backing of the public sector unions behind him. He cannot be touched.

Unless the rest of us get out and vote for a strong candidate. I think his political career is over anyway. He wanted Jackson's job but Monique got it instead. I think we have a supervisor for life now.

You will be gone back to where you came from by the next election in 4 years.

Spraying chemicals into the air to mask the pot odor is built into this weasely language. That is not an answer - it must be chemical free order elimination. Not negotiable. Otherwise the whole place will smell like a hippie home made candle and soap shop or your local Forever 21.

Das claimed once he was burning sage in his car when stopped by the police who thought they smelled pot, according to the media report. Do we all now burn sage, Das? Oh, the carbon foot print of if all.

Stinks bad! Not everyone is tolerant to marijuana oder

Das must have COVID, no sense of smell, mental confusion.
How is Das like Trump? Self serving bald-faced liars the two of ‘em.

Yes, foul language is not

VOR, personally I prefer the

Aware- If that's your

Yeah this is where I check

Building will be torn down to

Thanks for this info. It’s