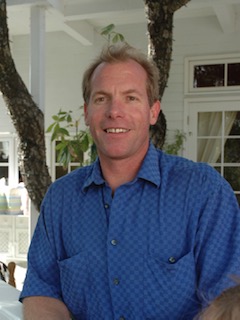 Although Damon enjoyed being around his numerous friends, his first love was his daughter Brooke. A loving dad, he was always prepared to share a “Brooke story” about their latest adventure. His second love was the ocean, where he enjoyed paddle boarding and surfing. Damon worked as a general contractor, Burney Construction, a company well respected in the trades.  He most enjoyed and was known for his finish carpentry work.  He was proud of his finish products and many will enjoy them for years to come.

Damon had one of the greatest smiles ever. It was fun to be around him and enjoy his spontaneity. He was a kind-hearted person, who was willing to help others in need. He will be remembered as a fun loving, kind, generous dad/friend wishing to bring happiness and peace to others with his life-loving spirit.

He will be deeply missed by his family and many friends. Damon is survived by his daughter Brooke Elizabeth (Julia Briscoe), twin sister Meighan (Happy); Scott and sons Wyatt and Justin; Dallas and wife Katrina; Paul; and stepfather John David.  He was preceded in death by his parents Jan David and Douglas Burney.

The family wishes to express their appreciation for the numerous condolences.  A celebration of life and paddle-out will be held on January 25 at 12:00 noon at Leadbetter Beach, followed by a paddle-out at 3:00 p.m.

Well, chips would make it a

Honestly what matters to me

Yesterday they said the

Personally, I would double