Scroll through the above photos by Max Rosenberg

The aircraft made an emergency landing, crashed and caught fire at 10:13 p.m. There were seven people on board, all of them escaped the plane without injuries.

The airplane is a C-130 Hercules owned by International Air Response and is typically used for disaster relief, including oil spills.

The aircraft is a four-engine turboprop military transport designed and built originally by Lockheed. It's capable of using unprepared runways for takeoffs and landings, the C-130 was originally designed as a troop, medevac, and cargo transport aircraft. It's also been used as a gunship (AC-130), for airborne assault, search and rescue, scientific research support, weather reconnaissance, aerial refueling, maritime patrol, and aerial firefighting, according to Wikipedia.

More than 40 versions of the Hercules C-130 operate in more than 60 nations and it overall has a low accident rate.

The Royal Air Force recorded an accident rate of about one aircraft loss per 250,000 flying hours over the last 40 years. USAF C-130A/B/E-models had an overall attrition rate of 5% as of 1989. A total of 70 aircraft were lost by the U.S. Air Force and the U.S. Marine Corps during combat operations in the Vietnam War in Southeast Asia,  according to Wikipedia. 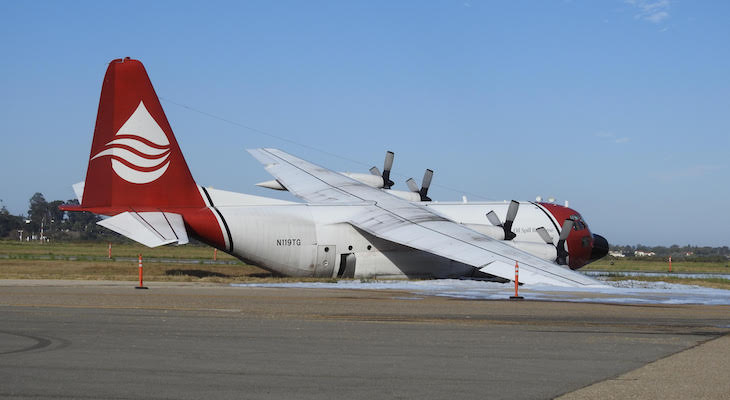 Oh, come on now! What could