In May 2019, the Santa Barbara Police Department (“SBPD”) was investigating two recent gangrelated shootings within the city. In connection with that investigation, detectives obtained an arrest warrant for Francisco Anthony Alcaraz Jr. (“Alcaraz”) on a charge of attempted murder involving a gun, and a search warrant for an apartment in Goleta where he lived part-time with his wife and four children. Shortly after noon on May 7th, members of the SBPD SWAT team approached the apartment to serve the warrants. Officers announced their presence and the warrants, and after receiving no response from Alcaraz, they breached the front door. Before the officers could enter the apartment, Alcaraz fired three to four rounds at the officers. At least one round ripped through the pants of one of the officers. One officer returned fire before all the officers began to retreat around the side of the apartment to the back of the complex. Alcaraz fired again at the officers, this time from a second story bedroom window in the back of his unit. Multiple officers returned fire. After the neighboring units were evacuated and a stretch of Highway 101 was closed, officers eventually located Alcaraz on the second floor of his apartment with four gunshot wounds to his body. A handgun and extended magazine were located near him. He was pronounced dead at the scene.

The full report can be read here. 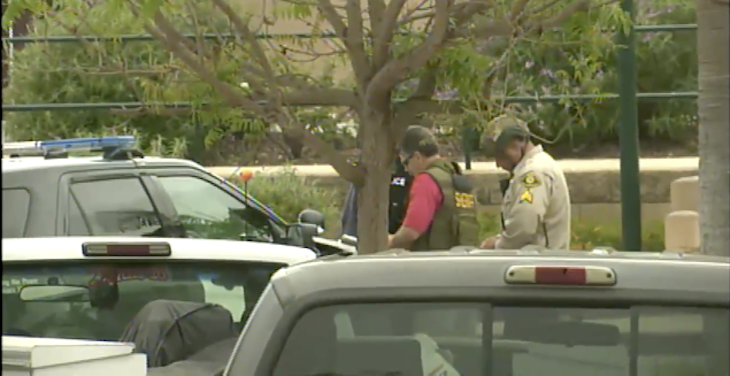 May 7, 2019: Wanted Felon Found Dead After Shootout with Police

Suicide by cop in my book.

Once you shoot at the police its pretty justified that they shoot back.

He was asking for it.

Good Lord, it's not rocket

Considering their are close

No one in their right mind

Our Goleta school has under

We own rentals downtown and

FWIW, I got my voter guide

I agree with you completely