A Santa Barbara County Sheriff's Lieutenant has pleaded not guilty to charges stemming from a DUI collision on Highway 154 in September.

Javier Jonathan Antunez, 44, appeared in Santa Maria Superior Court on Wednesday on crutches due to his injuries from the collision.

On the evening of September 14, three vehicles collided near the entrance of Lake Cachuma. Antunez was driving a BMW with another occupant when it drifted into oncoming traffic and collided head-on with a Toyota Tacoma carrying four occupants. A Jeep with one occupant following behind subsequently collided with both vehicles.

There were a total of seven patients with one patient flown to Santa Barbara Hospital via a CalStar helicopter with critical injuries.

Two days after the collision, Santa Barbara County Sheriff's Office announced Antunez, an off-duty Custody lieutenant assigned to the Main Jail, was involved in the collision and was placed under arrest for driving a vehicle under the influence.

One victim of the crash has been identified as Judith Hall, a Santa Barbara County District Attorney's Office investigator. Hall was airlifted from the scene with major injuries.

The California Attorney General's Office will try the case as the District Attorney's Office recused themselves due to a possible conflict of interest.

Antunez has been employed with the Sheriff’s Office since 1999.  He has been placed on administrative leave pending an internal investigation, according to the Sheriff's Department. 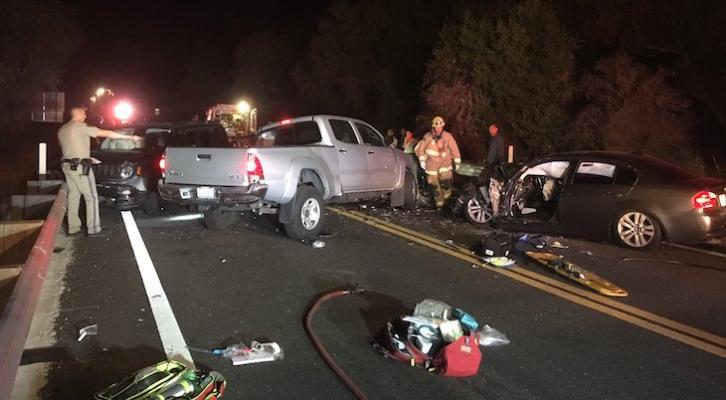 The dog is in custody...

SBPD in the area Animal

The Core Knowledge program is

Hopefully, this training was

I’ve been a parent of SBUSD

Wow, that is a shame. My son

We have such a lower rate of