An inmate worker on a laundry detail was arrested and rebooked into custody after briefly escaping from the Sheriff’s laundry facility adjacent to the Main Jail. 19-year-old Gerardo Vasquez Rivera of Oxnard was on the loose for approximately 40 minutes. Deputies searched the area and located Vasquez Rivera on Cathedral Oaks at Via Chaparral, where he was retaken into custody without further incident.

Vasquez Rivera was originally booked by the Santa Barbara County Sheriff’s Office on May 11, 2020 for 2 counts of burglary, obstructing a peace officer, concealing a stolen weapon, possession of a loaded stolen weapon, burglary, burglary during a state of emergency, and attempted burglary. Vasquez Rivera was also booked for a warrant from Ventura County for giving false ID to a peace officer, receiving known stolen property, 2 counts of possession of a stolen vehicle, 2 counts of vehicle theft and driving without a license. He was being held on $90,000 bail.

Vasquez Rivera was treated at the hospital for injuries he sustained during his escape. He was rebooked on an escape from a county jail (felony) charge and is now being held without bail. 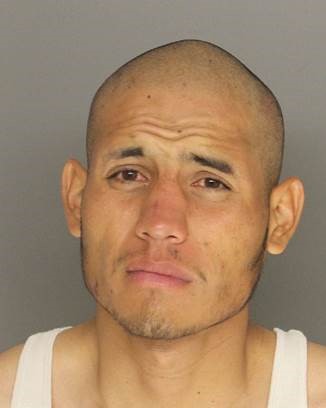 SBSO responded checking all roads in the area and brush..

The County Jail did an Emergency Head Count Trails were checked a few moments later I heard one at Gun Point possibly in the area of Via Chaparral AMR and engine 13 responded...13 Cancelled AMR to transport subject to Cottage.

I heard one Officer was to meet with the jail commander no real confirmation of an escape or walk away maybe someone just slipped out for a morning run..

Lol I bet this happens more than we know. The SB sheriffs are buffoons

Had the citizen not reported him they would not have known for awhile they did not know anyone was missing.

Bet he thought that he would make a clean break ...

Another unhappy guy in a wife-beater shirt, no starch.

He looks like he's sorry for what he done. Let him go.

Don’t worry, M-Cubed. I’m sure he’s already out prowling the streets as we speak. Is California a great place or what?

Rex, he's in jail, he's been in jail, he is being held on 90K bail. Thus the escape. We still have a higher percentage of our population in jail than any other 1st world country, so that should make you feel better.

PITMIX: Why should that make me feel better?

So how does he escape?

That face says, “I really screwed myself. What was I thinking?”

Drugs. This looks like the photo from when they 1st arrested him. Stealing to support his habit.

I see he's rockin the "wife-beater" T-shirt for the mug shot. Is that standard SBSO issue these days?

Roger reports an injured bicyclist struck by a vehicle on Upper State Street.

The Montecito Fire Department has opened a community survey to better understand resident's household evacuation readiness and past experiences during evacuation events.

[Update]: A Santa Barbara transient was arrested for threatening a child with a knife in the downtown area.

An edhatter wonders if there's a local alarm for a possible tsunami.

An edhat reader is looking for a licensed and insured handyman.