Cory Iverson to be Honored at Fallen Firefighter Memorial

CAL FIRE Engineer Cory David Iverson will be honored at the 14th annual Fallen Firefighter Memorial Ceremony on Friday, November 9, 2018, at 10 a.m. The event will take place on the lawn surrounding the memorial at the Ventura County Government Center, 800 S. Victoria Ave. The service is open to the public. 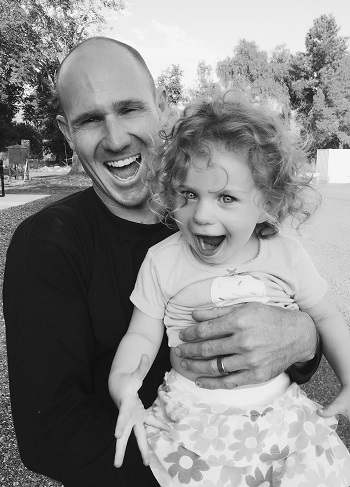 During the service, family members will be given a folded flag to honor the fallen firefighter and a bell will ring out as a symbol of his last call. Iverson is the 47th name added to the memorial.

Engineer Iverson died in the line of duty on December 14, 2017, defending the city of Fillmore from the devastating Thomas Fire. He was the beloved husband and best friend of Ashley Iverson and the devoted father of daughter Evie and Taylor.

A devoted CAL FIRE firefighter since 2009, he had recently promoted to a Fire Apparatus Engineer in CAL FIRE’s San Diego Unit. Prior to his promotion, Cory worked at Hemet Ryan Airbase in Riverside County as a helitack firefighter in the Department’s aerial firefighting program. Cory is described as a wonderful family man who was dedicated to his job.

Unveiled in 2004, the Ventura County Fallen Firefighter Memorial is located on the grounds of the County Government Center off of Victoria Avenue. It features a seven-foot granite statue and memorial wall on which fallen firefighters are engraved. The site recognizes 47 firefighters who have died in the line of duty, whether from traumatic injury or job-related illness. It represents each of the seven fire agencies serving the county, including Ventura County, Oxnard, Ventura City, Federal Fire, Fillmore City, CAL FIRE, and the U.S. Forest Service.

There's more than a little

I remember the that car

For those having a heart

Calm down and go read the

Are there any new updates on