The Pikes Peak International Hill Climb (PPIHC) is canceling all motorcycle categories for 2020 after local Carlin Dunne died in a collision at the race's finish line.

Dunne, a previous four-time champion of the event, lost control of his Ducati and crashed on June 30. He was 36-years-old.

"It was decided that in order to determine the long-term viability of the motorcycle program there will be no motorcycle program offered in 2020 so that race organizers can gather data and analytics to review more thoroughly the impact on the overall event in the absence of this program," PPIHC organizers said in a statement.

An investigation determined Dunne's accident was not caused by a mechanical failure and its believed he hit a bump in the roadway. 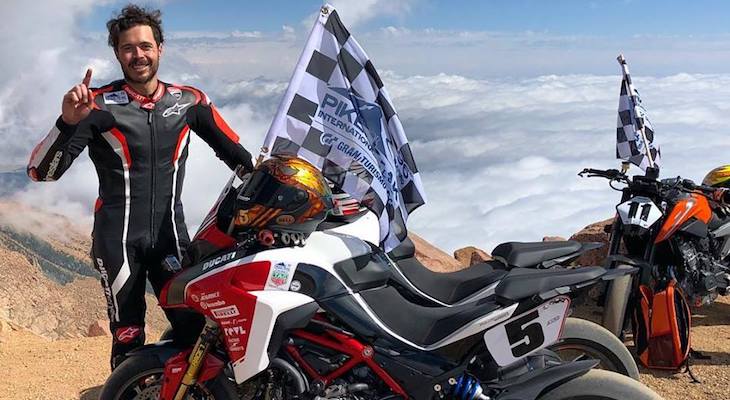 The 12.42-mile race winds up to the summit of Colorado's Pikes Peak with many hair-pin turns and long drop-offs. Dunne became the seventh death associated with the event in its 97-year-history. Three of those deaths have taken place since 2014.

“Motorcycles have been a part of the PPIHC for the past 29 years, and their history on America’s Mountain dates back to the inaugural running in 1916,” said Tom Osborne, Chairman.  “That said, the motorcycle program hasn’t been an annual event.  They have run 41 of the 97 years we’ve been racing on Pikes Peak.  It’s just time to take a hard look at every aspect of the race, including the motorcycle program, and determine whether or not the event may change,” he added.

A final determination will be made in late 2020 about whether or not to include a motorcycle program in future years.

Carlin was a wonderful lovely human being. I adored him. This is such a huge loss. I am glad that Pike's Peak will stop this dangerous race. I think Ducati should name a bike after Carlin in his honor.

A talented-trail blazing downhill Mountain biker and amazing motorcycle racer, but more than all that, truly Nice Man. I don't think Carlin would have wanted this outcome for the future of Pikes Peak racing.

The BMW Hit the Dodge...

Evacuation on Orange Ave Due to Gas Leak

Media reporting and rush to

Sorry, I meant to say: Thank

I've noticed a penchant for