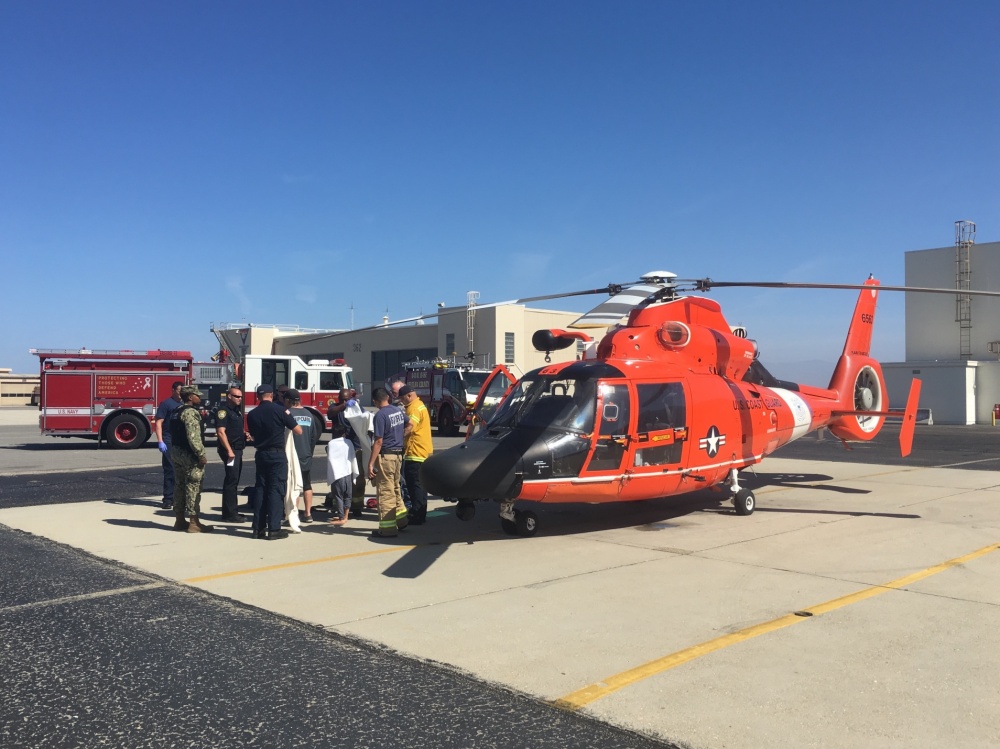 There were no reported injuries and all six boaters were reunited at Coast Guard Station Channel Islands Harbor.

”We were encouraged to see that the mariners were prepared to abandon ship with life jackets on,” said Lt. Cmdr Jack Smith, Sector Los Angeles-Long Beach Search and Rescue Mission Coordinator. “Wearing your life jacket greatly improves your chance of survival in the deceptively cold water off the California coast.”

The Coast Guard reminds all mariners to ensure that they have the proper emergency equipment aboard their vessel to aid in timely rescue if a problem is encountered at sea.

They do. That’s basically 90

Absolutely ridiculous that we

Jeez, talk about a premature

Hello, and welcome to the Hot

Lord. I can only imagine how

I didn't realize how many