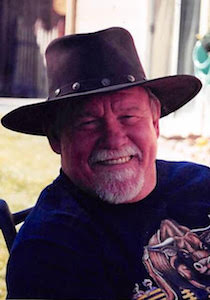 A gentle giant of a man passed away this last week. Claude was diagnosed with pancreatic cancer in December 2018 and fought for as long as he could, better than most and longer than expected. Claude didn’t lose the battle - we never knew him to quit a job or give up - rather, his job here was done, and he gracefully retired.

To sum up the life of a man in mere words can never fully express the essence of who he was. It does however; give a glimpse into the heart and spirit of a life well-lived. Claude left a legacy, lessons, and humor that will continue to guide and motivate us for years to come. The world will be a little quieter without his sharp wit and snappy jokes. Without a doubt, every time we play one of his favorite games we’ll laugh and remember how he would win most often.

Claude was born in Fresno, CA on September 7, 1943 to Norman Earl and Emma (Benzler) Tuller. His parents were divorced when he was 5 and Claude was raised by his mom and stepdad, Jake Martin. Jake was an important influence in Claude’s life, as was his oldest brother, Richard. Claude gave credit to these two for being instrumental in developing his moral code by which he lived his life and raised his children.

Claude served in the U.S. Air Force from 1964 to 1970 as Air Policeman, SSgt. Upon his honorable discharge, he went to work for the Santa Barbara Sheriff’s Department, where he worked up through the ranks to Homicide Detective, and finally County Coroner. After a distinguished career of 30 years, he retired from the force in 1999. Upon moving to Pagosa Springs, CO, in 2005, he volunteered with the Colorado Mounted Rangers, and was a seasonal “Fish Cop” (our term) for the PLPOA.

Claude was a good man - powerful, courageous, honest and one of the humblest people you’d meet. He showed sincere concern for others in his work, took joy and pride in his children and grandchildren, and had a strong sense of morality. He loved the ranch he and his wife, Toni, built in Pagosa, and together they founded Eagle's Nest Youth Ranch on their property to minister to at-risk youth. His gentle demeanor, quick humor, and thoughtfulness endeared him to children and parents alike.

A Memorial Service will be held at 2:00 PM, Sunday January 12th, 2020, at Restoration Fellowship Church in Pagosa Springs, CO.

In lieu of flowers, please consider donating to someone you know who is fighting cancer.

The family would like to extend our heartfelt thanks to the many wonderful people who have prayed, encouraged and supported us through this difficult time.  There are too many to list - you know who you are, and you have shown us the love of God. A special thank you also to the staff at Pagosa Springs Medical Center, Mercy Hospital and the Hospice nurses at Centura Health.