A Santa Barbara City employee has filed a lawsuit against the city, City Administrator Paul Casey, and former Finance Director Bob Samario, alleging that Samario sexually harassed her and several other women.

The lawsuit alleges the city and Casey ignored the harassment or "turned a blind eye" to the alleged predatory behavior that took place over the course of 13 years.

Samario, who was Tomaszewski’s former direct supervisor, was placed on leave in October of 2019 after a report of sexual harassment by another female employee was filed, according to the lawsuit. 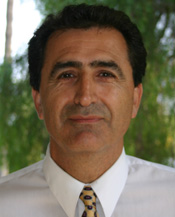 The lawsuit, filed on June 2, 2021, also states the City of Santa Barbara had spent a minimum of $100,000 investigating the allegations which generated a 150-page report detailing years of harassment against multiple female employees.

After the conclusion of the investigation in February 2020, rather than terminating Samario, the lawsuit alleges that Casey, without the City Council’s approval, permitted Samario to retire with full benefits and a positive press release thanking him for his years of service.

On February 26, 2020, edhat published an article where the City announced Samario's retirement after 24 years. The press release included a glowing statement from Samario praising the city and expressed looking forward to working in the private sector. The City did not address his abrupt departure or his long absence before the announcement.

The lawsuit also alleges that Casey retaliated against Tomaszewski by refusing to hire her for the permanent Finance Director position because of her involvement in the investigation and because of her gender, despite being praised for her work by other City officials during the financial crisis caused by COVID-19.

“The City should have handled this situation much differently,” said employment attorney Christina Humphrey, whose Santa Barbara-based law firm, Christina Humphrey Law, P.C., represents Tomaszewski. “Samario’s behavior continued unabated for over a decade, and he was ultimately rewarded for it. Meanwhile, my client was denied a promotion that she had trained and worked hard to achieve for years.”

In her lawsuit, Tomaszewski describes numerous unwanted advances by Samario. One time, after Samario insisted that she attend a professional conference with him, Tomaszewski asked her husband to come with her so she would not be left alone with her supervisor.

Almost immediately after being hired, Tomaszewski details in the lawsuit that Samario began flirting and inappropriately commenting on her appearance, clothing, and fitness, and telling her she was attractive. Samario allegedly relentlessly asked her to show him her tattoo and when she refused, Samario told her that she needed to be more vulnerable and trust him more.

The lawsuit also states Samario asked Tomaszewski several times to bring in pictures of what she looked like in her twenties and to bring in pictures of her with her two daughters. Samario had met one of Tomaszewski's daughters and spoke several times about her body and how beautiful she was. Multiple times, Samario asked questions about her and her daughters’ clothing sizes and how much they worked out.

The accusations continue in the filing that include Samario frequently asking for hugs that he called "Bob's Hug Club," told sexually-charged jokes and talked about racy movies to and around female employees, and discussed and motioned the sexual positions he and his wife do.

Tomaszewski effectively balanced the City budget in 2020, during a worldwide pandemic, when most cities were experiencing significant loss of revenue and the largest financial crisis in history. 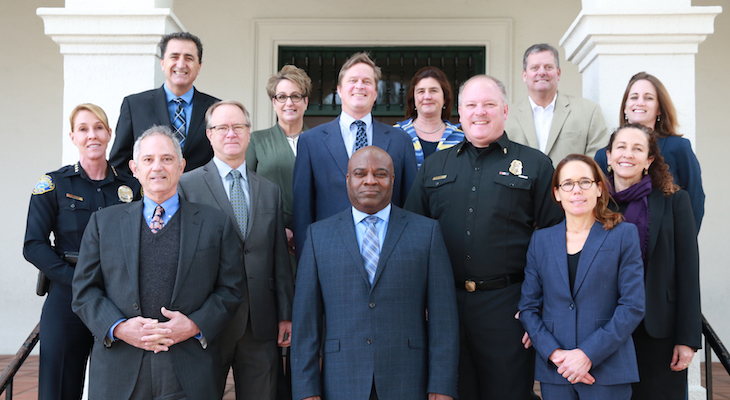 Wow. So there was a report documenting wrongdoing, and Paul Casey just swept it under the rug with a quiet retirement... we really need to show Mr. Casey the door.

That's no path to justice. Not for the victims, nor Mr. Samario, nor for our City's organizational culture. Unfortunately, it's a very common story in the "Boys' Club" culture. Still a chance to make good on this.

Everyone loses when the job environment is dominated by bullies/harassers. A family member in a high finance job locally was happily employed for 8 years until a new supervisor came in who had competed with her for his job. For the next four years he verbally harassed her with sexual innuendo, lewd jokes, and crappy job assignments. She left and found another job. This married supervisor carried on an open 20 year affair with an employee in another department. This stuff happens, and to say women should stop whining and put up with it misses the point. Everyone loses when the job environment is ruled by bullies.

The City has had various law suits after law suits for decades yet the City Administrator, who is responsible for administering the staff, remains in place and gets a huge salary and benefits. We tax payers just get to keep paying out tax dollars for these lost law suits (as well as huge employee costs). At what point does the City Council say"enough"?

IF a city employee is proven guilty of harrassment etc then they should pay the claim unless others were complicite. In that case, the cost should be distributed. Taxpayers have no way to discover the situation or change it and therefore should not be responsible for damages.

Jennifer was putting up with this for 13 years, didn't get selected for a job, and now she wants her pay day. Sorry Jen, you are crying foul waaaaaay after the season has ended. I would not give you a penny.

Imagine all the stuff he did to women? I will keep my imagination out of it and wait until the facts come out.

Imagine all the stuff he did to women? I will keep my imagination out of it and wait until the facts come out.

And that @ Babycakes is exactly why you are NOT a judge or legal professional, but instead just a keyboard warrior. Thank the gods.

That's gross babycakes, and 100% the reason why so many women do not come forward. Also, the article says he's been doing this for 13 years to various women, one in particular for the past 5 years. This dude worked in this department for 24 years, imagine all the stuff he did to women who did not report it for fear of being blamed like you just did. You're gross.

It is time for Paul Casey to move on. He's too entrenched. The list of his shortcomings and rumored indiscretions has grown far too long. We need to remind him, and the other self anointed rulers of SB, who they actually serve. Fire him. Fire them. Fresh blood, new people, new directions.

Just one of the good old boys that Thanks a guy for his service after he sexually harasses women decent guy? There are some good Folks on the city council and even if the city was run by those who would promise to fix any problem it would be the same old Bull it was before when there was more of them than the people that care about others and have compassion like@Sacjon...

Wrong! He owns the mayor and council, their votes are by his direction. Decent guy? You must like his reach around.

Wrong! He owns the mayor and council, their votes are by his direction. Decent guy? You must like his reach around.

Casey is a decent guy. Works at the direction of the city council. If you want change, you need a new city council.

I support this position.

Please take a deep breath. A lawsuit is just an accusation. The "facts" alleged in the pleadings need to be proven. Maybe they will be and maybe this is just an attempt to get a payout in lieu of the job the litigant wanted. Let's see how this develops.

Those guys protect each other, hoping they can prevent this dirty laundry from being aired in public. Usually this means the accuser's career is over and they just want to walk away with a big settlement from the public agency. Their chances of getting hired by another public agency after filing suit are pretty small. Seems like they will get a pretty good settlement out of this if there are multiple accusations with supporting evidence.

Paul Casey’s or Samario's or both?

STRIP HIS PENSION AND BENEFITS NOW! Disgusting how this pervert gets away with it and is allowed to retire gracefully by the city while the women are denied promotions and advancement. Absolutely disgusting City of Santa Barbara.

I agree emotionally. But I also support the justice system, as fouled as it is. I'm a woman who has worked in employment law and specialized in sexual harassment. I am sick of SB's administration, elected and civil.

An edhat reader shares a glowing sunrise photo from the Santa Barbara Harbor.

The Lompoc Police Department is investigating two homicides that took place within the city on Sunday.

[Update]: The Alisal Fire is 80% contained at 17,254 acres with all evacuations orders and warnings being canceled.

This year, over 450 supporters joined Hospice of Santa Barbara for their 9th Annual Heroes of Hospice virtual event to raise 170k to help support their work throughout the Santa Barbara community.

Cats of the Week: Licorice and Louie

Meet Licorice and Louie, two 10-week-old kitten siblings that are full of love.

Dog of the Week: Danny

Meet Danny, a fun-loving and spunky pup who is ready for a new home.

Edhat readers share their photos and videos of the Alisal Fire that started on Monday afternoon near Solvang and quickly expanded to Highway 101.