The Santa Barbara Public Library will celebrate the 100th anniversary of the building of the landmark Central Library at 40 East Anapamu Street in 2017 with six months of events for families and adults.

Kicking off on June 10 and continuing through November, the Library will host local history talks, library tours, musical performances, children’s programs, a family friendly 100th birthday party for the Central Library, and more. For a complete schedule, see www.sbplibrary.org.

The first event, on June 10, a fundraiser hosted by the Friends of the Santa Barbara Public Library, is a launch party forLibrary Book, an anthology by noted writers. Over 70 new essays were commissioned for the book, which will be available for sale. The kick-off party is on Saturday, June 10, at 7:30 p.m. at the Central Library. More information can be found at www.friends-sblibrary.org. 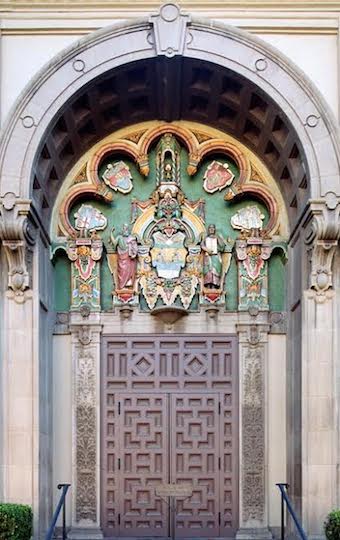 June also brings the launch of the Summer Reading Program, with the 2017 theme “Build a Better World,” and the Library’s Curiosity Club and Makerspace will encourage children to design the library of the future.

Children and adults are invited to celebrate the Central Library’s 100th birthday party on Sunday, August 27, commemorating a century—to the day—of the opening of the building to the public. Music, special events, and birthday cake will be free to all.

From June through November, local historians and architects will present Sunday afternoon talks on local history, including Santa Barbara in 1917, the architecture of the library and local landmarks, Santa Barbara’s Golden Era of art in the 1920s, local notables including Pearl Chase and librarian Frances Burns Linn, and the earthquake of 1925. Talks will be followed by building tours, featuring the history and future of the Central Library.

The Central Library lobby will feature displays of historical photographs and artifacts of the library starting in August. Wrapping up on November 4, the Santa Barbara Public Library Foundation will host a fundraising evening event as a capstone to the Centennial.

Built as a Carnegie Library in 1917, the Central Library was designed by architect Francis Wilson and remodeled several times over the past century. The story of the Central Library begins with Library Director Frances Burns Linn and the community that rallied behind her to build the library on the corner of the Anacapa and Anapamu. Learn more about the history of Central Library throughout the year.

Information about Santa Barbara Public Library System locations, hours, events, and programs is available at SBPLibrary.org. All Library programs are free and open to the public.

Where can I get free handouts