The Community Environmental Council (CEC) proudly announces the recipients of its 2019 Environmental Hero Award: Author Suzy Amis Cameron, and Sunrise Movement UCSB student activist Rose Strauss. State Senator Hannah-Beth Jackson, a strong advocate for environmental protection during her long tenure in the state legislature, will be a presenter for the awards. The awards are granted as part of CEC’s annual Santa Barbara Earth Day Festival being held Saturday, April 27 from 11 a.m. to 8 p.m. and Sunday, April 28 from 11 a.m. to 6 p.m. at Alameda Park, with a bonus free concert on Friday, April 26 from 5 p.m to 9 p.m, when only the Main Stage and Beer & Wine Garden will be open. 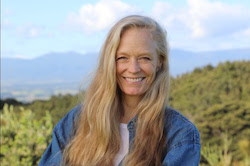 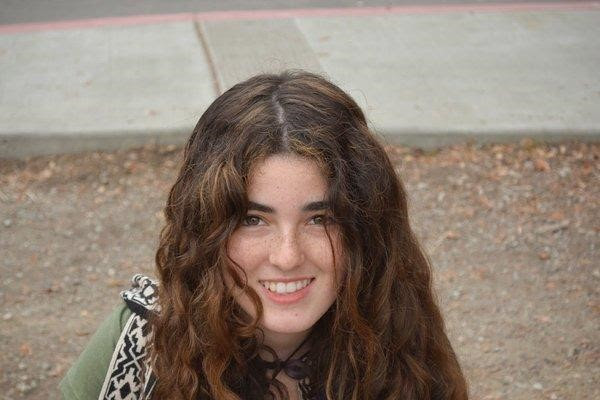 In a year marking the 50th anniversary of the Santa Barbara Channel Oil Spill that inspired the environmental movement, events over Earth Month will call on that same spirit of grassroots activism to rally in the face of today’s climate emergency.

“The momentum of today’s climate movement is palpable. It’s fueled locally from the pronounced impacts of climate-driven extreme weather and nationally by reports like October's alarming IPCC Special Report on the Impacts of Global Warming – which warns that we have just over a decade to make a massive, all-in shift to avoid the worst of climate change,” commented Sigrid Wright, CEO/Executive Director of CEC. “This year’s heroes reflect CEC’s approach of addressing the climate emergency through political and personal action. Suzy’s call for mindful meals exemplifies the powerful impact individuals can make on climate change through daily choice, while Rose’s activism to push for a Green New Deal speaks to the political will needed to take immediate, drastic measures in policy.”

Amis Cameron and Strauss will each accept the honor in person at 2:00 p.m. on Saturday, April 27 at the festival Main Stage. Amis Cameron is a long-time advocate for plant-based solutions to address climate change. Most recently, she authored OMD (One Meal a Day): The Simple, Plant-Based Program to Save Your Health, Save Your Waistline, and Save the Planet, part of a multi-pronged effort to transform eating habits and the food system. Her husband, director James Cameron – who received CEC's 2010 Environmental Hero Award – and she have founded multiple organizations and initiatives that center on food and the environment. Directly before the awards, Amis Cameron will do a talk and sign books (available for sale) at the Homegrown Roots stage from 1:00 -1:30 p.m.

UCSB Environmental Studies major Rose Strauss began working on climate issues in high school when she got involved with a campaign opposing a coal train in Oakland. That inspired her, as a 14-year-old freshman, to found the Bay Area Youth for Climate Action group. After graduating high school, she got involved at the national level with a fellowship from the Sunrise Movement. She gained a large public following by demanding climate accountability from politicians and took a sabbatical from her university education to advocate for immediate policy changes to address climate change. She is now back at UCSB and is the co-coordinator of the Sunrise Movement’s High School Campaign for the Green New Deal.

Explore Ecology Environmental Stewardship Award
As part of the Main Stage awards ceremony, the winners of the Explore Ecology Environmental Stewardship Awards – given to teachers, classes, schools, clubs, and students who create positive change for the environment – will be recognized by Santa Barbara Unified School District Superintendent Cary Matsuoka. Winners of this award will have an extended ceremony and give speeches on the Kids Stage at 1 p.m. on Saturday, April 27.

LACI Earth Day Innovator Award
A new inaugural award is also being presented by the Los Angeles Cleantech Incubator (LACI). CEC is the northernmost partner of LACI, a non-profit, public-private partnership that helps promising companies deliver market-ready clean-tech solutions. Their Earth Day Innovator Award will recognize a startup that addresses one of our toughest clean energy challenges: renewable energy, energy storage, energy efficiency, grid optimization, or EV charging. The winner will also give a pitch on the Eco Marketplace stage about their work.

The Community Environmental Council is adding additional events to foster conversation and action before, during and after the festival that will support the community in rallying to face the climate emergency, and in taking action to build a more climate-resilient future:

The Climate Crisis and Our Community: Sea-Level Rise and Health Impacts – Wednesday, April 17, 12:00 - 2:00 p.m., Faulkner Gallery, Santa Barbara Public Library. The League of Women Voters of Santa Barbara present an April Community Forum to address a critical question: How will the climate crisis affect our community? A panel will look at the range of impacts and focus on sea-level rise and human health effects, and what we can do. Panelists will include Kathi King, Director of Outreach & Education at the Community Environmental Council, Linda Rudolph, MD, MPH, Director of the Center for Climate Change and Health at the Public Health Institute, local planners, and health experts.

The Spill that Rocked the World: A 50th Anniversary Photographic Retrospective of the 1969 Santa Barbara Oil Spill – Saturday, April 27 & Sunday, April 28, Installation along Anacapa Street in the Eco Marketplace, Alameda Park, Santa Barbara. An array of images document the aftermath of the 1969 Santa Barbara Channel Oil Spill, which served as the impetus for the modern environmental movement. Curated by Mercury Press Int’l and Pharos Creative with design support from Lucidity Festivals.

In Love With Earth: Testimonies and Heartsongs of an Environmental Elder – Saturday, April 27 11:30 a.m. & Sunday, April 28, 2:00 p.m. Eco Marketplace Stage. Alameda Park, Santa Barbara. Founding Community Environmental Council Board member Marc McGinnes will speak about his memoir of ongoing work in the environmental movement at its birthplace in Santa Barbara after the devastating 1969 oil blowout. Books available for purchase and signing.

The festival itself will have dozens of other ways for attendees to learn about and take action on building climate resilience and addressing the climate emergency, including:

“Fifty years ago, an oil spill in Santa Barbara happened and sparked 20 million people to gather across the U.S. a year later on a newly minted Earth Day to seek environmental solutions,” said Wright. “In the face of today’s climate crisis, that is the spirit of engagement and activism we are seeing develop again, and the Earth Day Festival remains our region’s best forum to harness and act on that energy.”

One way community members can get involved is by volunteering. Over 300 community volunteers annually step forward to help around the park – greeting attendees as they arrive, supporting in zones like the Green Car Show, capturing moments on camera, and so much more. Volunteers can sign up today for 3-hour shifts as individuals or groups at SBEarthDay.org/Volunteer.

Attendees can also engage with: the annual Green Car Show, featuring the largest public collection of efficient and alternative-fueled vehicles on the West Coast with Ride & Drives of electric cars and electric bikes; a Zero Waste zone where the public can learn about waste diversion and help sort in exchange for tickets to the CEC booth drawing; an Elected Officials booth where the community can speak directly to representatives; a Homegrown Roots section with local food artisans; a sustainable Food Court where every vendor is local and committed to sourcing at least 50% of their ingredients from local farms, ranches and food artisans, all serviceware is compostable, and no plastic water bottles are sold; a Great Outdoors section with companies dedicated to enjoying and protecting the natural world; an Eco Marketplace with green solutions for daily life; a Beer & Wine Garden featuring local brewers and vintners; and three mini-stages stages with speakers and interactive demonstrations on environmentally-friendly topics; and over 200 eco-friendly exhibitors.