Officials have determined the cause of the Cave Fire in 2019 to be arson.

Andrew Madsen, public affairs officer for the Los Padres National Forest, announced the official cause was arson, although no arrests have been made.

The Cave Fire began November 25, 2019 off E. Camino Cielo and Highway 154. It burned a total of 3,126 acres extending into the Los Padres National Forest.

Nearly 5,000 people were evacuated as strong winds pushed the fire towards mountain communities.

It wasn't fully contained until December 15 after a light snowfall helped put it out.

No homes were lost and no one was injured. 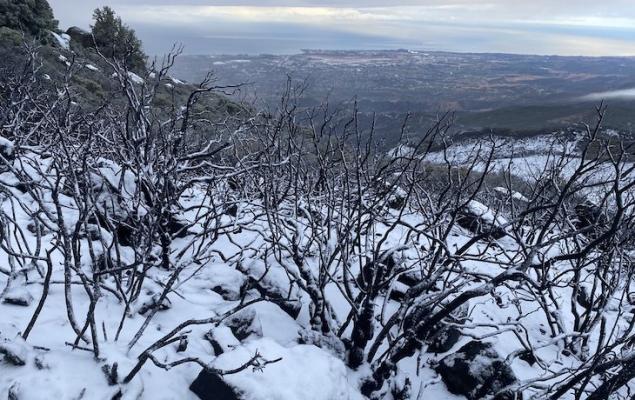 Snowfall on Highway 154 helping to put out the Cave Fire (Photo: Mike Eliason) 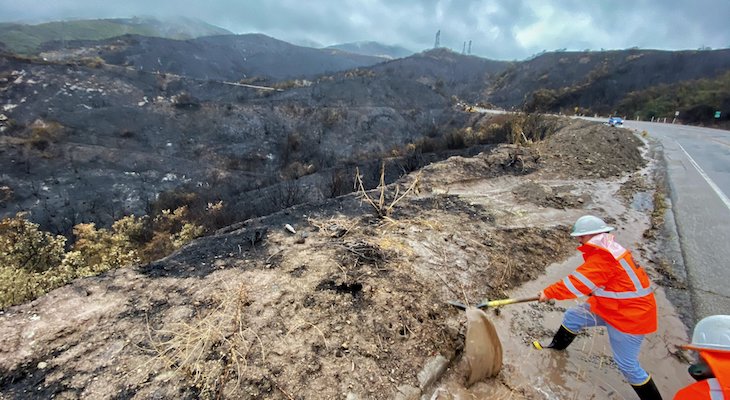 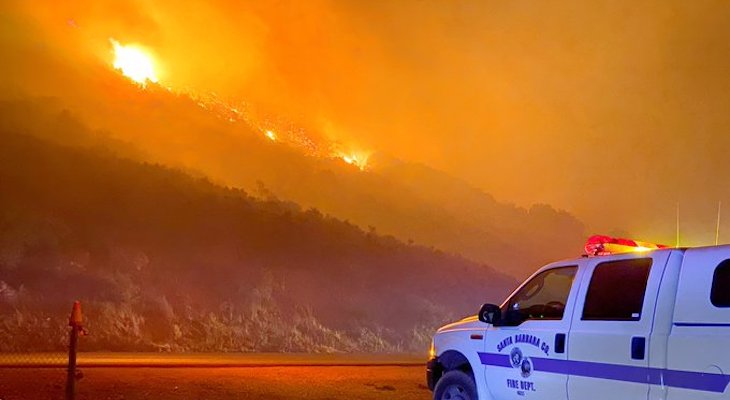 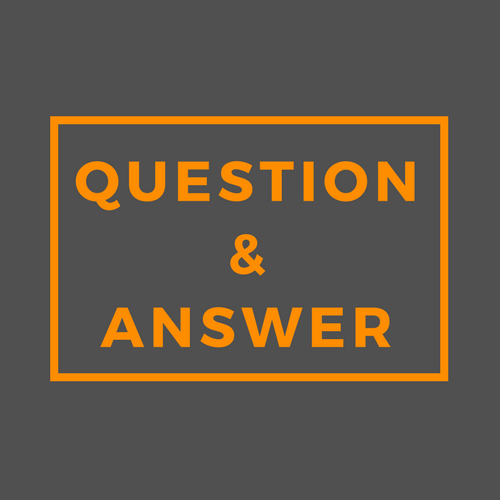 What exactly are these "investigators" doing for a whole year before they come out and say, "yup, it was human caused...?" Seems like we could come to this conclusion ourselves in a few days to a week if we hear there are power lines down or not in the area and with no lightning or natural phenomenon in the area. How else it it going to be caused, spontaneous combustion? The fire agencies had to have passed somebody that saw something or knew something on their way to fight the fire, there's always plenty of people up there on Camino Cielo. Just surprised at the amount of information or lack thereof that they release about the investigations, what are they hiding?

This has nothing to do with politics... go away.

You're right, they are deliberately trying to keep YOU in the dark. Or perhaps they didn't know you were so interested and couldn't find your contact info to forward any preliminary reports your way. Maybe it's Hillary from the basement of the infamous pizza joint who's doing it. Must check with QAnon for the real scoop.

According to Noozhawk, Madsen said the fire was human-caused, but he did not affirm that it was arson. Still under investigation.

KEYT, KSBY, and edhat are quoting him as saying it was arson. Would like to see where the actual statement from him is.

Thank God it forced me to come home in the middle of the night that night, ruined Thanksgiving and caused a major family problem, but everybody knows better about dealing with these arson fires and homeless encampment fires!

The Goleta City Council recently approved the purchase of Santa Barbara County’s first EV ARC 2020, acting on its commitment to being a green and sustainable community.

A local family is having a Centennial Celebration for Jess Torres Martinez who turned 100 years old Friday.

It's Day 5 of March Edness and the last day of Week 1! Can you identify the location in this photo? Enter your guess by 8 pm.

[Answer Revealed]: It's day 4 of March Edness! Can you identify the location in this photo? Enter your guess by 8 pm.

Drop in Sales and Occupancy Taxes

The City of Santa Barbara received 12.6% less in sales tax and 68% less in transient occupancy tax compared to last year.

Traffic Collision on Carrillo and Miramonte

Andrew reader reports a traffic collision on Carrillo at Miramonte.

A barge is anchored off East Beach to help with work being performed on the City of Santa Barbara's desalination plant.