The assault victim located on July 20, 2019 at approximately 1:20 a.m., in the 4900 block of 9th street in Carpinteria, has succumbed to his injuries. 32-year-old Eric Romero of Carpinteria was transported to the hospital in critical condition as the result of injuries he sustained during an assault. On July 23, 2019 at approximately 9:00 p.m., Romero was taken off life support and pronounced dead at the hospital.

Following the discovery of the victim, the Sheriff’s Office launched an investigation to determine the circumstances surrounding the incident. During the course of the investigation, 29-year-old Scott Robert Fleming of Carpinteria was identified as the alleged suspect in the assault against Romero, and a warrant was secured for his arrest. 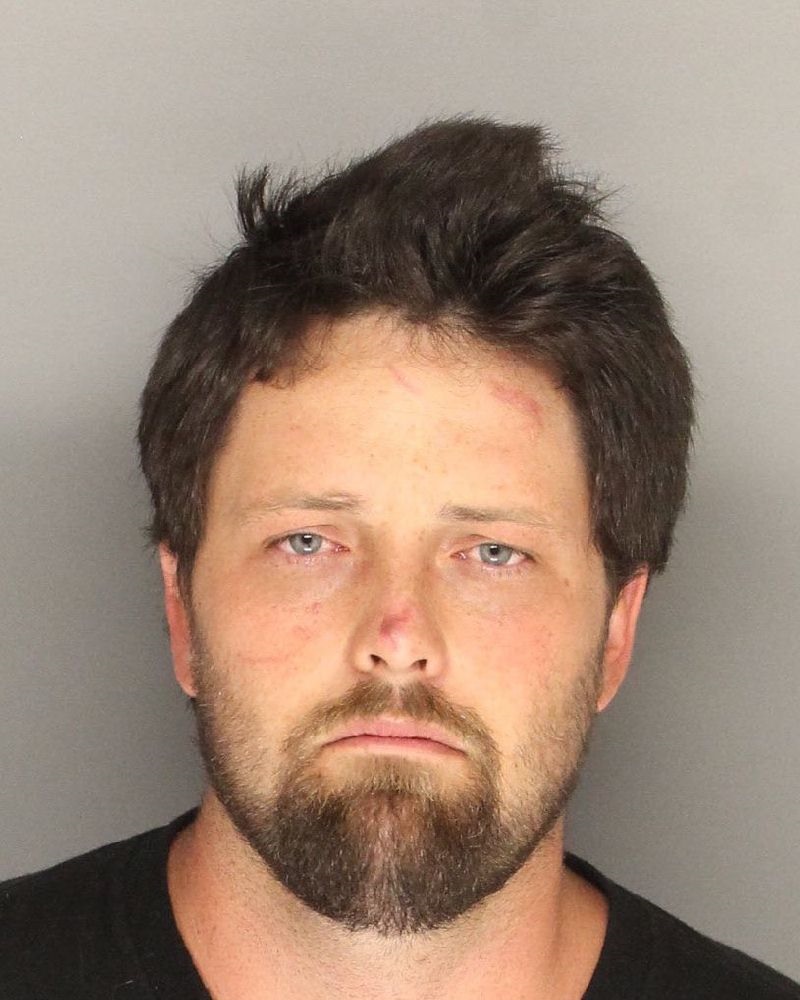 On July 22, 2019, detectives from the Criminal Investigations and Special Operations Bureaus, with the assistance of the Ventura Police Department, located and arrested Fleming without inciden t. He was subsequently booked into the Santa Barbara County Jail on charges of 243(d) PC – Battery causing serious bodily injury, and 245(a)(4) PC – Assault with great bodily injury. He is being held on $100,000 bail. Because Romero has now succumbed to his wounds, Sheriff’s detectives plan to request the District Attorney’s Office consider charging Fleming with a violation of 192(a) PC – Voluntary Manslaughter.

While a suspect in this case has been arrested, the investigation into the incident is still ongoing. The Sheriff’s Office asks for anyone with information about this incident to call the non-emergency dispatch line at 805-683-2724, or to make an anonymous tip through the Sheriff’s Office website: https://www.sbsheriff.org/home/anonymous-tip/

On 07/20/2019, at about 1:20 a.m., deputies responded to a report of a fight in progress near 9th Street and Yucca Lane in the City of Carpinteria. When deputies arrived, they found a male assault victim. He was transported to the hospital where he remains in critical condition. His name is being withheld at this time due to the active investigation.

Anyone with information about this incident is asked to call the non-emergency dispatch line at 805-683-2724 or to make an anonymous tip: https://www.sbsheriff.org/home/anonymous-tip/

I stopped in Carpinteria today and there was an incident that occurred [Saturday] night in Carpinteria but the on-scene investigation is still ongoing. Happened outside The Carpenter’s Chapel just off Linden Avenue and Wullbrandt. Deputies would only say a “criminal incident” occurred but not much else. I saw dry blood on the floor. Here are a couple of pictures I took from the scene: 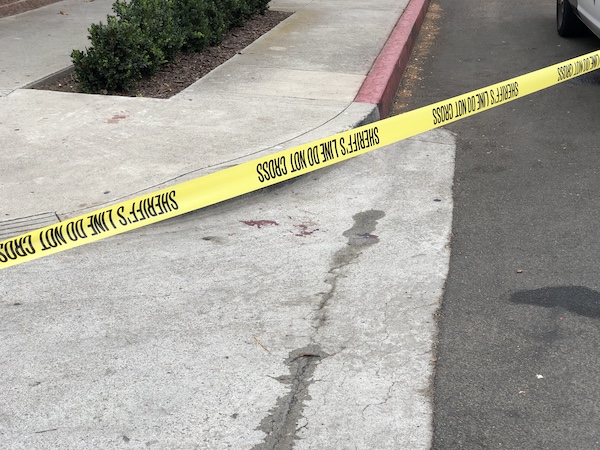 Actually I'm a bit more concerned that someone should have taken some bleach and deactivated the risk of blood on the pavement. Your dog is interested, licks it or gets it on their paws, and that contamination spreads back to your home.

Fight at the pool hall (on Carp Ave) or the chapel on 9th street. Places not even close to each other. Wonder which it was, or were there 2 different ones?

They were showing Don Q as being connected to the incident with the actual fight at 9th and Yucca.

Not Don Q, but a Pool hall and pub. at Carp and Linden.

The chapel is just a short block right down the alley (Yucca Ln.) from in front of the pool hall. It is the same incident.

This was a tragedy. The person that went to the hospital in critical condition has died. He was a son, a father and a friend.
Please, please stop all the bickering.

Did anyone actually witness this fight? Troubles me no one could help save this young man. What on God's Earth could have made these two people so disgruntled in the first place? A Pool Game? Beer? What a waste of two young lives. So sorry for the families. Prayers.

The suspect has a horrible criminal record according to the online court records. There is something clearly wrong with him that he would be so enraged as to beat someone to death. I would hope that this guy stay locked up for the remainder of his life.

voluntary manslaughter? Wouldn’t this be a murder? And the fact that he was evading police?

Voluntary manslaughter is a felony in California with a sentencing range of probation with up to one year in county jail, or three (3), six (6) or eleven (11) years in state prison. But if he has a record they will probably go for the max but plead down to 6 years.