A young male gray wolf who broke from his Oregon pack in search of new territory and a mate has made his way all the way to California’s Central Coast, marking the first time in more than a century that the species has been detected here.

In an epic journey that took less than two months, the wolf ― known as OR-93 and fitted with a radio collar ― traveled 600 miles and crossed multiple highways to reach San Luis Obispo County on April 6.

Experts say if OR-93 continues his southeast trajectory through the Los Padres National Forest, he could enter Santa Barbara County in a matter of days or weeks.

California’s gray wolf population was wiped out in the early 1900s during a nationwide eradication effort led by the livestock industry. In the 2000s, a handful made their way from Canada back into Washington and Oregon, and in 2011, OR-7 was the first to cross California’s border. OR-93 is the 17th wolf known to have entered the state since then.

According to the California Department of Fish and Wildlife, fewer than a dozen wolves currently live in California. That includes the Lassen pack, which consists of five wolves, a new pair spotted late last year in Siskiyou County, and now OR-93. The Shasta pack and its seven members disappeared within months of its discovery in 2015. Scientists feared poaching.

OR-93 was born two years ago southeast of Mt. Hood as part of the White River Pack, according to research done by Los Padres ForestWatch. He was fitted with a tracking collar by federal biologists and the Confederated Tribes of Warm Springs. Like many young wolves, he eventually split from the group to stake his own claim.

The Los Padres would provide a good permanent range and plenty of food sources for OR-93, Kuyper said. In 2016, Fish & Wildlife scientists identified it as one of the California regions that would be a suitable habitat for the species. “But the big question is he going to stick around and keep foraging?” Kuyper asked, “or is he going to return from whence he came?”

The other big question is the matter of a mate. With no evidence of any female wolves in the area, “He may be looking for love in all the wrong places,” Kuyper said. But it’s not impossible that a northern wolf could pick up OR-93’s scent and follow him south, he explained.

Wolves, Kuyper stressed, pose very little safety risk to humans, and he pointed to several steps landowners can take to reduce the risk of livestock loss, including fladry, range riders, night penning, and foxlights. For safety and research purposes, Fish & Wildlife asks anyone who spots a wolf to report it here.

Evidence suggests gray wolves were once endemic to Santa Barbara County. A forest ranger reported seeing one in 1910 in the Upper Santa Ynez watershed, according to ForestWatch, and another was later spotted at a large lemon ranch in Montecito. The Chumash have their own word for wolf (miy), which is distinct from their terms for coyote (xoxau) and dog (tsun).

While biologists have believed for some time that wolves would eventually repopulate California, no one expected to see one this far south this soon. “If you had asked a scientist if they thought there would be a wolf in Central California in 2021, they would have scoffed,” Kuyper said. Around the state, the slow but steady reintroduction of elk ― a favorite prey item ― could entice lasting residency for future packs, Kuyper said.

Gray wolves are formally protected as endangered under state law, making it illegal to harass, harm, shoot, capture, or kill them, Kuyper went on. Violations are thoroughly investigated and the penalties can be severe. “If you see something that looks like a really big coyote with a purple collar on,” Kuyper said, “don’t shoot at it, or there will be consequences.”

LA Times had a recent story on his route. He crossed Hwys 99 and 5 and maybe the 101? Amazing journey with so many hazards. Maybe we should put wolves on our state flag since we actually have a few of those?

Wolves only spend about 2 years on their own before they seek a mate, so he is right at that mark. I can't believe he made it this far - what a remarkable journey.

looking for love in all the wrong places

I wonder how long it will take some crazed hunter to shoot it. When jaguars came across the border into Southern Arizona they were frequently hunted when I lived there some time back. At least it has a tracking device to keep it somewhat safe,

Yes a tracking device!! Like the one that was used to locate and kill a mountain lion in Malibu because it killed livestock.

Frickin’ awesome! Most feel good news I’ve read in a while!

chem, go a head and keep side stepping the fact i put out there....we all know you will. keep deflecting reason and rationale too. lol...

Not accidentally shot. Keep announcing this and every yahoo will be out looking for it and killing it with love!!!

6:46 PM - You really are fond of whataboutisms and twisted logic. But at least you've highlighted that if people should be concerned about wolf attacks, they should be really, really concerned about gun violence and police brutality. Doesn't the cognitive dissonance start to make you dizzy?

ZERO: Congratulations, you recognize the grocery markets are generally not located near wolf dens or on the interface between wolf and human territories. Well done.
MAS: As for only 5 (reported) attacks in the US, you’re correct. It doesn’t sound like much of a problem. By extension the same could be said for gun violence, as the number of cases is proportionally small in comparison to the total number of guns in US circulation. The same could be said of systemic police brutality, as the number of those are very small in comparison to the total number of encounters. If you can count them in large enough numbers they’re not a problem, amirite?

Hey Freak, thank you for the link. In the last 100 years It looks like there have five people killed by wolves in the US. You may have a better chance of being hit by a chunk of frozen excrement from a passing jetliner than being killed by a wolf. You should not go outside with out your crash helmet.

For real, higher chance of being accidentally shot by a hunter than being attacked by a wolf.

CHEM, really? that's what you come up with? Ok, shall i post how many deaths from people just going to the grocery store? Or just checking your mail? Go fear monger elsewhere...tool.

Wow, this is really cool! What an amazing journey so far 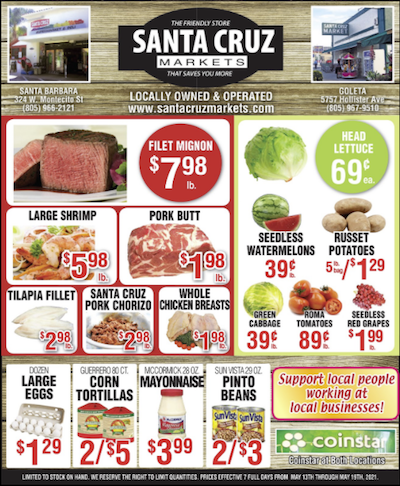 Check out deaths by age...it

So Duke what you are saying

If California had Florida’s

Sac - Look at deaths per