On Saturday, February 15, 2020 at 1:27 p.m., Sheriff’s Dispatch received a 9-1-1 call of an explosion and smoke coming from an apartment in the 3300-block of Orcutt Road. Deputies responded to the residence along with County Fire and American Medical Response (AMR). When deputies arrived, one of the residents had already been transported by AMR with serious injuries. Deputies were able to quickly identified articles that are associated with a butane honey oil lab and detectives from the Cannabis Compliance Team (CCT) responded to assist with the investigation.

As a result of the initial investigation, 37-year-old Albert Alvarado of Santa Maria was arrested for child endangerment (felony), arson causing great bodily injury (felony), manufacturing a controlled substance (felony), manufacturing a controlled substance when a child under 16 is present (felony) and possession of marijuana for sale (misdemeanor). He was booked at the Santa Barbara County Jail where he is being held on $500,000 bail. This investigation is ongoing.

The Sheriff’s Office would like to take this opportunity to remind community members that the process of extracting oils from cannabis is not only illegal, but it is extremely dangerous. The violent explosion from this lab caused significant damage to the apartment including blasting a sliding door off the rails, and put the occupants and neighbors at serious risk. If you would like to report a suspected illegal extraction lab, you can call our anonymous tip line at (805)681-4171 or visit our website. 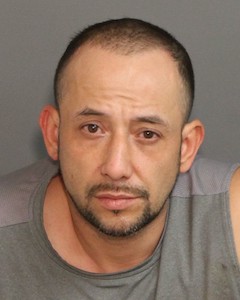 Burn victim ran from a home in the 3300 block of Orcutt Road. Possible explosion and structure fire in a home.

Then a burn victim is being transported to Cottage Hospital after an unknown type incident in her home. Victim transported via CalStar 7, should be arriving by 2:25 pm.

How do you know this?

This is absolutely horrific.

Gee, who knew. People in

"Adams went on to express his

Calling it the Wuhan virus