A second spot fire was located and extinguished by firefighters on scene. It's unknown if fires are associated with each other, but it's under investigation.

At 7:49 p.m., fire crews responded to the area near Mockingbird Lane and Calle Las Brisas and found a 200 x 200 foot area burning in light grass at a slow rate of spread. Due to the cool temperatures and light winds, firefighters quickly handled the scene and cancelled all other engines en route.

Two engines are currently on scene mopping up the area. There were no structures threatened and no reported injuries. The cause is under investigation.

Photo of the More Mesa Fire from Painted Cave (By Nic) 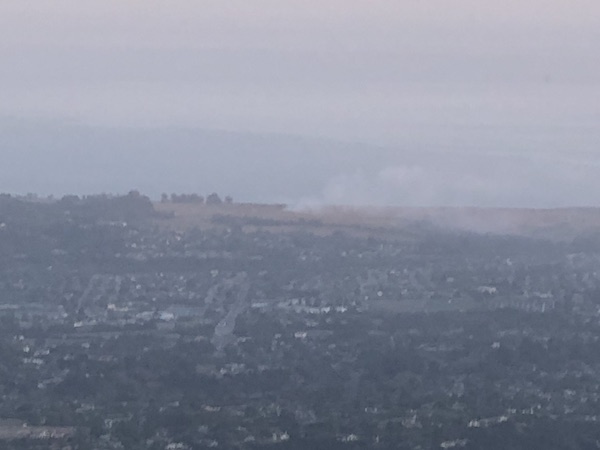 Stone NEVER was sentenced to

Not that I could hear, but I

Here is the latest Water

I posted on behalf of what

Two facts of life that people

Everyone back in service.

no ones whining, I Have

Things have gotten a little

Well, they were not very good