Santa Barbara County Public Information Officer Mike Eliason announced remaining county fire resources that worked throughout the night are now being released. Two county fire hand crews will remain on scene until full control of the fire has been established.

Fire crews made huge improvements overnight thanks to a heavy marine layer that covered the Santa Ynez Valley. 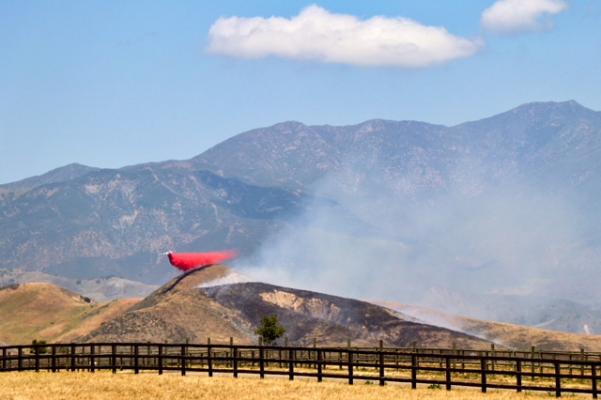 The Happy Canyon fire is now estimated to be at 60 acres with 50% containment.

The investigator determined the cause to be a hay harvesting operation that started around 12:52 p.m. Thursday. 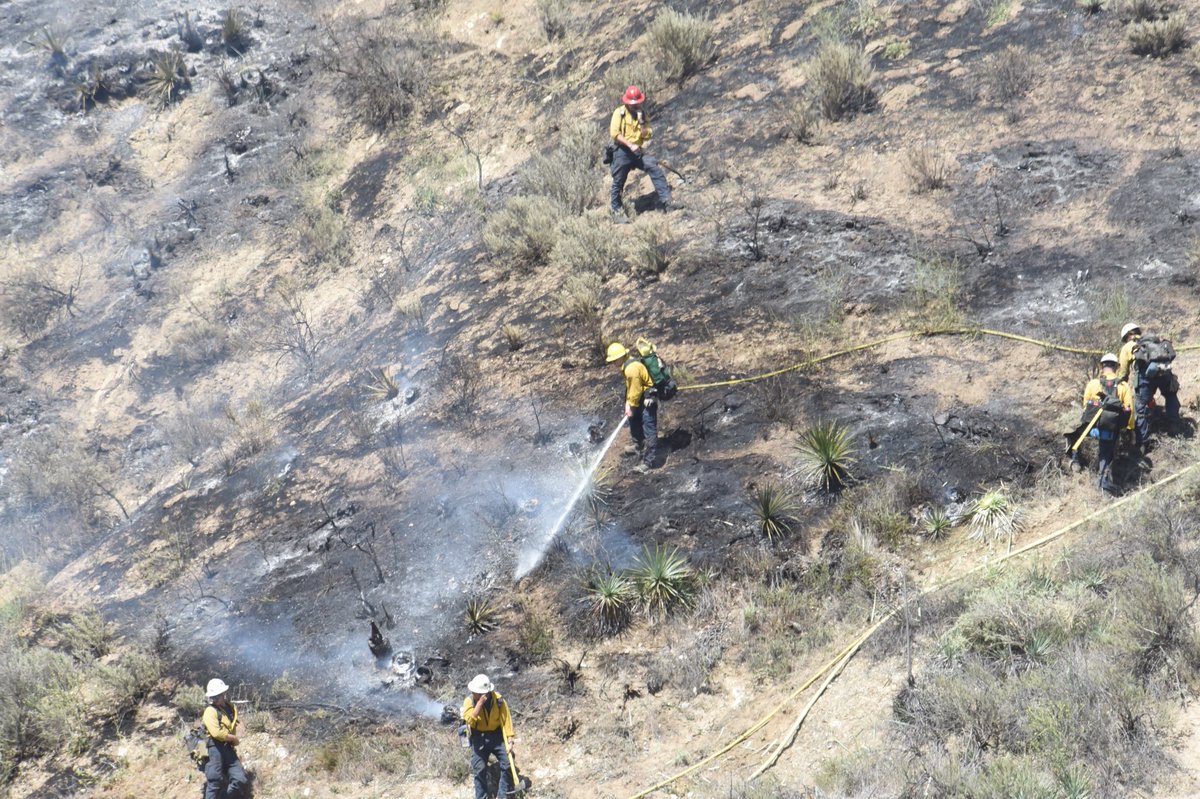 Incident command on the scene of the Happy Canyon fire is reporting good progress being made. The fire is now at 60 acres with the majority in steep canyons.

Firefighters will remain on scene throughout the night to keep an eye on it. 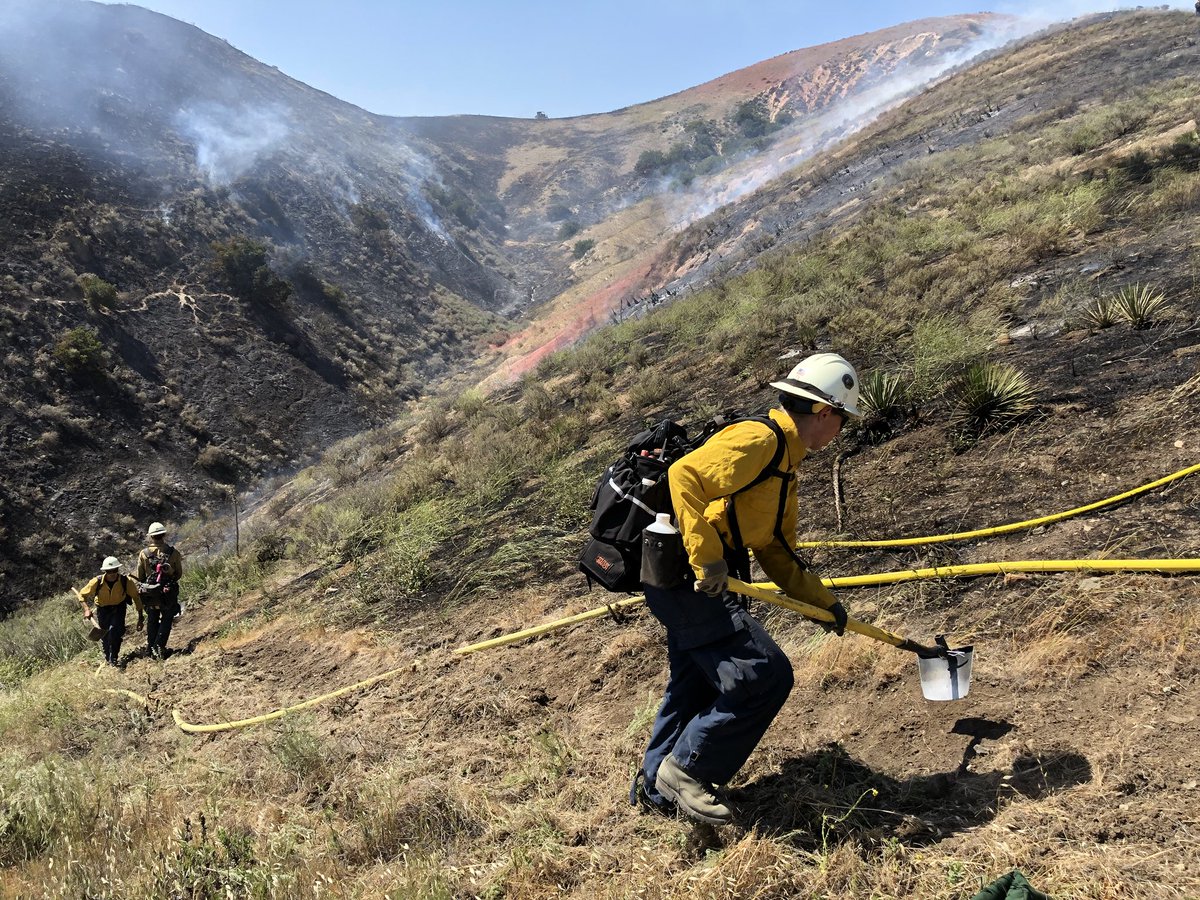 Incident command on the scene of the Happy Canyon fire is now reporting gusty and erratic winds that have carried embers past the containment line.

A 2nd Alarm response has been requested for adding an additional air tanker and helicopter.

Structures in the area are still approximately 1 mile ahead of the fire. The cause is under investigation. 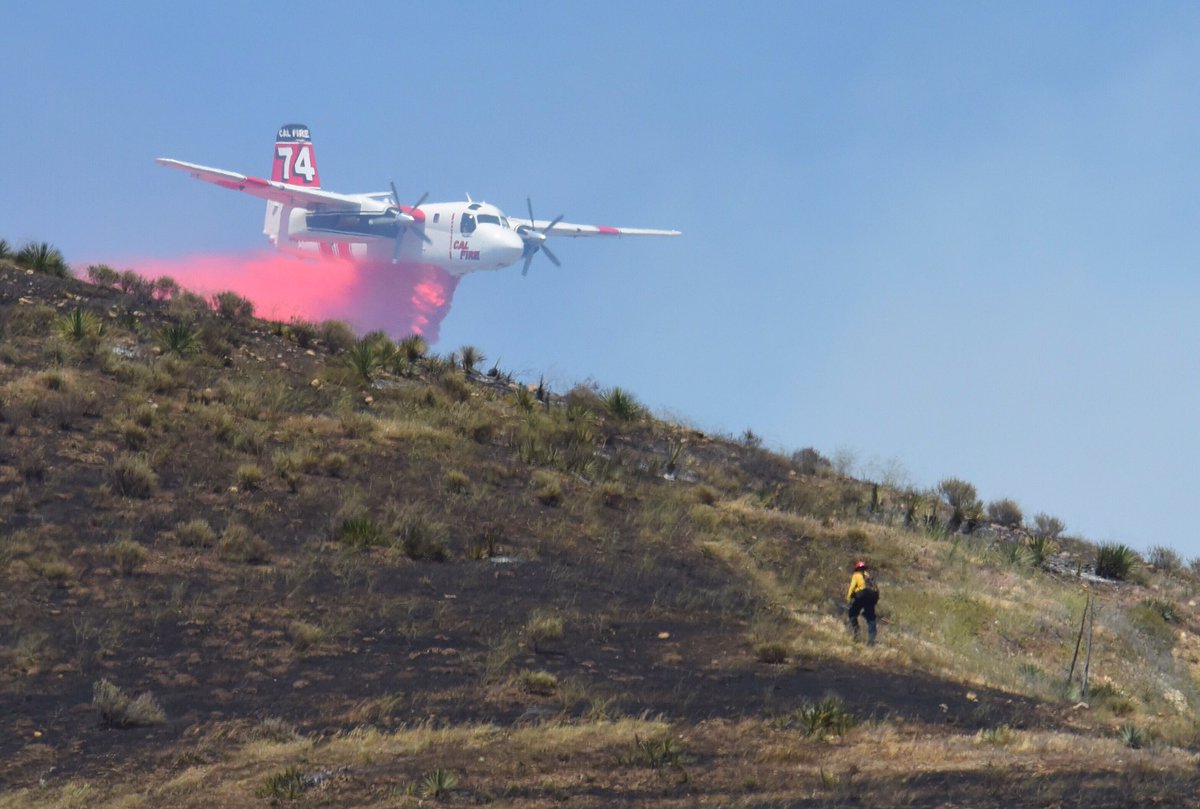 Firefighters have halted the forward progress of a wind-driven 50-acre brush fire in Happy Canyon that sparked Thursday afternoon.

It was originally estimated to be 10 acres in light fuel, completely wind-driven. Additional equipment was ordered, including three air tankers and one helicopter, said Public Information Officer Mike Eliason.

As of 2:09 p.m., forward progress was halted at an estimated 50 acres but a containment percentage is unknown at this time.

The fire is burning on a hillside in light grass with 15 mph winds from the north and northeast. The main concern is for embers being blown outside the containment line by the fixed-wing aircraft is currently painting a box ahead of the fire while a helicopter is making water drops on hot spots, said Eliason.

On the ground are five engines, two dozers, and one hand crew working on the fire dubbed the "Happy Incident." 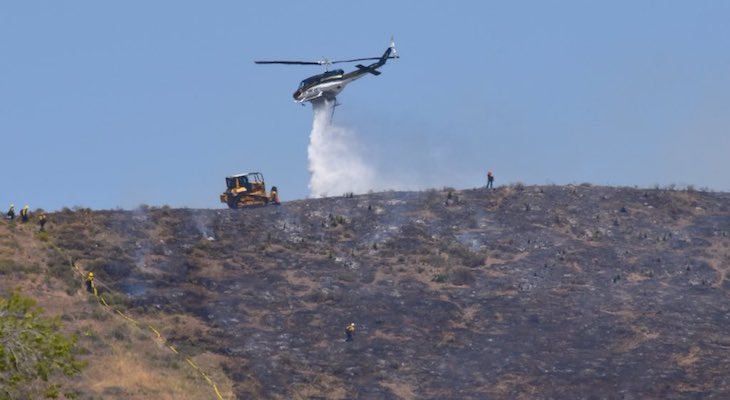 The map is not correct but the pictures are. The fire was at the barn property where I board my horses out in happy canyon.

Yeah, that map is wrong. It's Alisos Road, not Alisos Canyon Road. I think the original call out was for 1680 Alisos Road, Santa Ynez.

Hope no one gets hurt!

Hi Roger, Is it possible for Edhat or you to edit the original map to the correct location?

When the call came out I heard Alisos and Happy Canyon checked Twitter nothing at the time..Checked CHP Website it said Alisos at Happy Canyon so I posted that I usually double check if I can.

funny that Edhat and KEYT mention Happy Canyon, but Alisos Canyon Rd. is 5+ miles North of there, north of Los Olivos. Map and photos definitely not Happy Canyon,.

Will that made a quick run...

So where is that located?

Alisos Road, not Alisos Canyon Road. It is north of and runs parallel to Happy Canyon.

Hope there’s no wind up there.

Fire started by a cutting machine.