Paisley and DeGeneres, both Montecito residents, quickly sold out the venue for their show dubbed "The 2nd Responders" to honor the first responders on the frontlines of the recent Thomas Fire and 1/9 Debris Flow disasters. 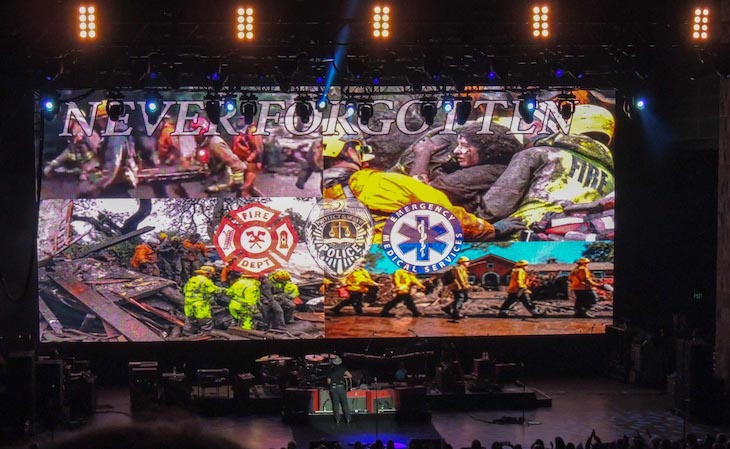 Proceeds from the concert will benefit the community and service workers through local organizations including the Farmer's Market, Unity Shoppe, Santa Barbara Shine, and the Montecito YMCA.

The Ventura City Firefighters Pipes and Drums opened the event before DeGeneres took the stage. She gushed about loving the community to many cheers. She then introduced Paisley as her neighbor where the duo sang a funny impromptu song. 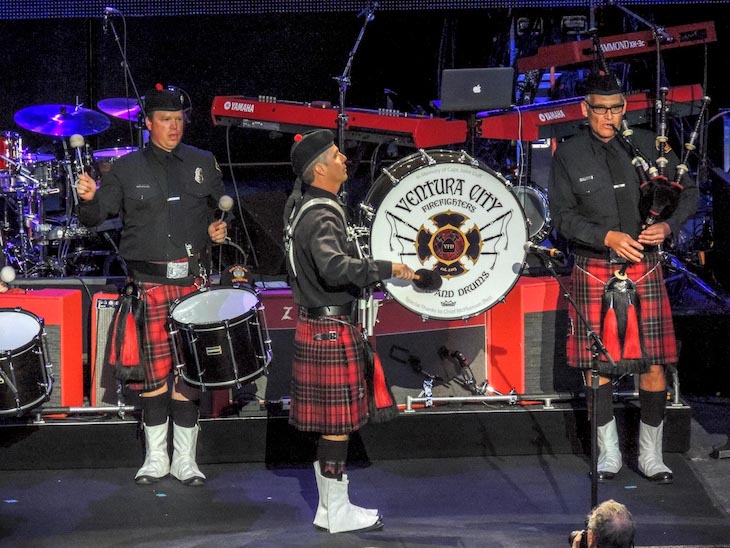 Mudslide survivor Lauren Cantin, who lost her father and brother, performed a song on stage with Paisley.

Paisley was seen around town in the days before his performance. Locals captured photos with him at coffee and ice cream shops. He also held a meet and greet at the local comic book store Metro Entertainment. He said the area is close to his and his wife's heart. 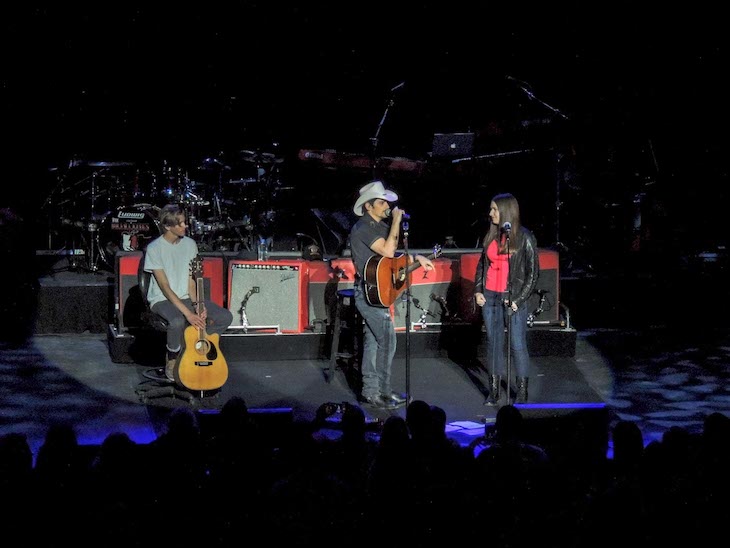 “Kim and I fell in love with Santa Barbara and the Montecito area on our honeymoon. It feels like small town America by the sea,” said Paisley. “With this concert I hope to raise awareness, spirits and money for the region that’s recovering from the devastating mudslides and fires. I hope people come out and actually make it an experience with us and visit some of the local shops, restaurants, bars and coffee shops.” 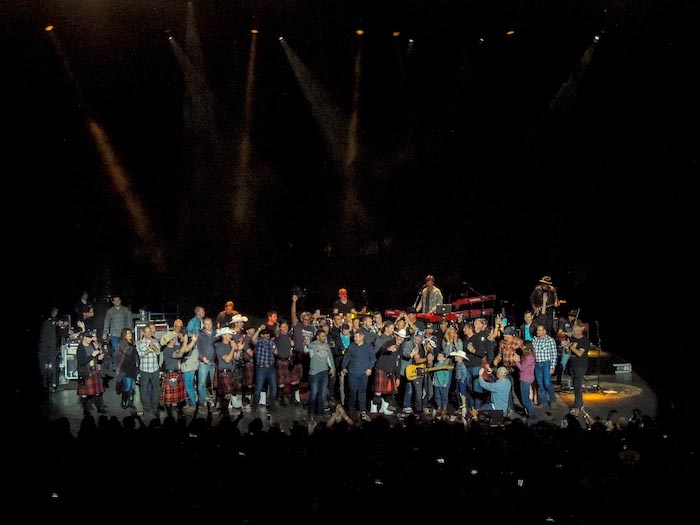 This was such an incredible show! There was a special tribute to the 23 mudslide victims as Brad sang "When I Get Where I'm Goin'" and a slideshow of their faces. Part way through the concert, he brought out Lauren Cantin, who brought everyone to a tearful standing ovation after she tore the house down with an incredible song. (she deserves a recording contract, no joke. the girl can SING.) Hands down my favorite show I've seen at the Bowl.

I meant, children to 'her

In the group photo I'm pretty

Why would they stop

Crime goes down when the

So we only care about deaths