His breakout film, Parasite, is about two South Korean families where greed and class discrimination threaten the newly formed symbiotic relationship between them. It's been nominated for six Academy Awards, won the Cannes Film Festival's Palme d'Or, was awarded the best foreign-language film Golden Globe Award. and made history for being the first foreign-language film to win Best Ensemble at the SAG Awards.

Bong sat down with filmmaker and interpreter Sharon Choi and The Hollywood Reporter’s Scott Feinberg for a look back at his career. 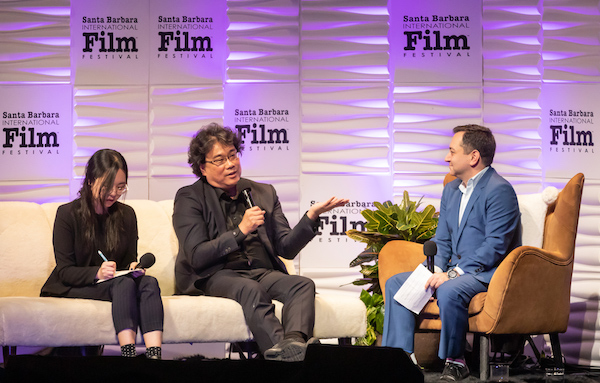 When discussing the box office success of Parasite, Bong seemed surprised by all the accolades.

"I didn’t anticipate it all. I never imagined that I would be here with an audience in Santa Barbara. I just shot the film as I’ve always done with my previous works. But last March when I completed the film I did realize that I had little regrets with Parasite. Whenever I finish a film I’m always entangled in all these regrets, but relatively I didn’t have as many. But obviously everything that happened since Cannes to now the [Academy Awards] and right now in Santa Barbara, I never imagined any of this. It is all very new and surprising,” he said.

Following the conversation, actor Jeong-eun Lee who starred in Parasite, presented Bong with his award. Bong accepted the award to a standing ovation and thanked the audience.

“It’s been 26 years since I’ve been working as a filmmaker. Because I write all of my scripts myself, I’m quite slow, so personally I’m a little disappointed that I’ve only created seven feature films until now, but when I look back on my past 25 years my life has been quite simple. It’s been about watching films and making films. Only those two things," he said. "Ever since I got here and Santa Barbara, I’ve kept looking back trying to figure out if I’m truly outstanding as this award says. But I still think I have a lot of opportunities left. I don’t really want to talk about my age, but recently I’ve been meeting Scorsese very often, and I still have 25 years considering how he is doing right now.” 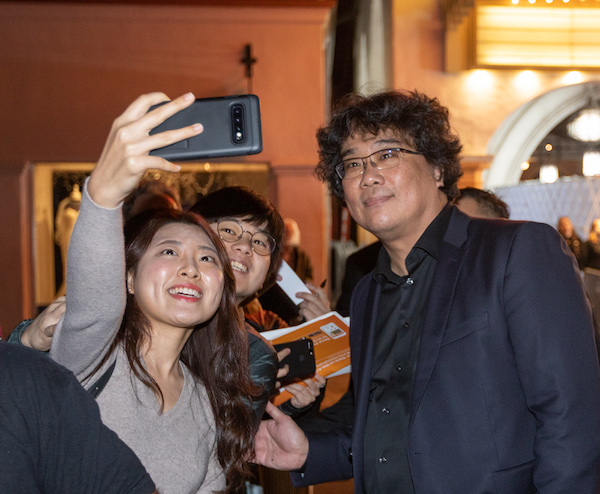