The annual Blondes vs Brunettes football game raised money for the Alzheimer's Association last weekend and now their raising money for an injured player.

On Saturday the two teams faced off for the 6th annual fundraiser that's raised nearly $500,000 total for the Central Coast chapter of the Alzheimer's Association. With a motto of "Tackling Alzheimer's" these players took it seriously.

A hand-lined field at the Garden Street Academy turned into an arena of legitimate football routes, passes, and grit. With the Brunettes leading by two touchdowns in the second quarter, Blondes veteran Sierra Jett took a literal hit for the team when she took a hard fall breaking her elbow in eight places. According to her teammates, her first words were, "I'm staying to watch the game!" Team Blonde, however,  made sure she went to the hospital as soon as possible.

The Blondes made a comeback with a touchdown but it was the Brunettes who maintained their lead with a final touchdown ending the score at 24-7. This is their third straight victory with a 4-2 series standings in the Brunettes favor.

After the dust settled, both teams are coming together once again to fundraise for Jett. They set up a GoFundMe page with the hopes of reaching $7,000 to help cover the cost of her deductible to pay for the surgery. 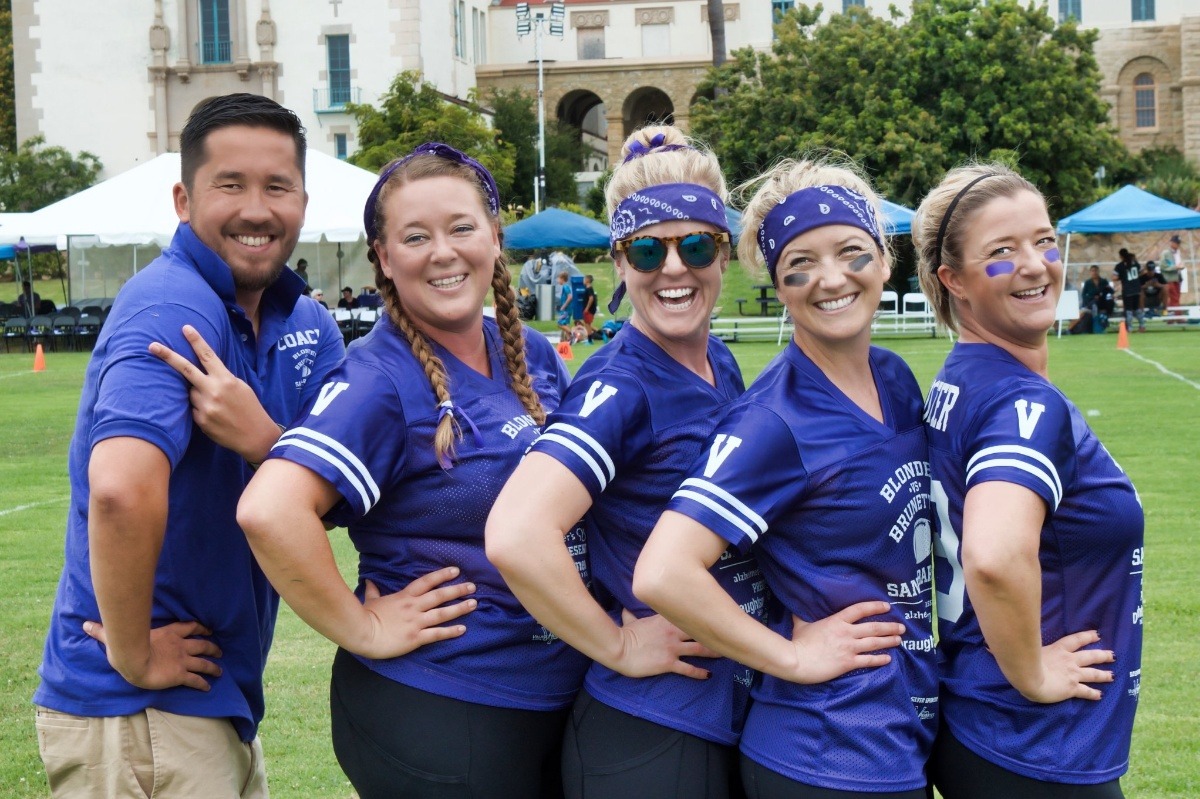 "Sierra had another unexpected sports injury late last year that has been financially difficult to recover from, and the surgery to fix her elbow will cost her a minimum deductible of $6,300," the GoFundMe page states. "This will take many months of physical therapy and we hope to raise a little more to help with any costs related to that as well. Thank you for your help!"

Jett is currently recovering from surgery and in good spirits. As of Friday, the donation page has earned $2,600 of their $7,000 goal. Donations can be made here.

how cool all these women are.

Breaking your elbow in 8 places? Hurts to even think about.

Did you know 150 million hot dogs are eaten on July 4th? Learn more about this holiday's statistics.

C.B. is back with a commentary on this year's July 4th holiday.

Santa Barbara Humane shares tips on how to keep your pet safe during the Fourth of July.

Dog of the Week: ZaZa

Meet ZaZa, a sweet pup who enjoys long walks and hanging with her human.

Cat of the Week: Maddie

Meet Maddie, a cute and friendly kitty ready for a new home.

Residential and commercial curbside service will be delayed by one day next week for the July 4th holiday.

Here's your guide to the Santa Barbara Independence Day Fireworks events on the waterfront!