Actor Benedict Cumberbatch charmed the audience and quipped with the moderator at the Santa Barbara International Film Festival Wednesday evening.

Cumberbatch received the festival's Cinema Vanguard Award for his remarkable career and most recent performance in Jane Campion’s "The Power of the Dog" on Netflix.

He arrived on the red carpet in a black Dior suit with his wife, director Sophie Hunter, and posed with fans holding up Ukrainian flags. When walking across the stage of the Arlington Theatre he was received by roaring screams from his fans, who call themselves "Cumberbitches." 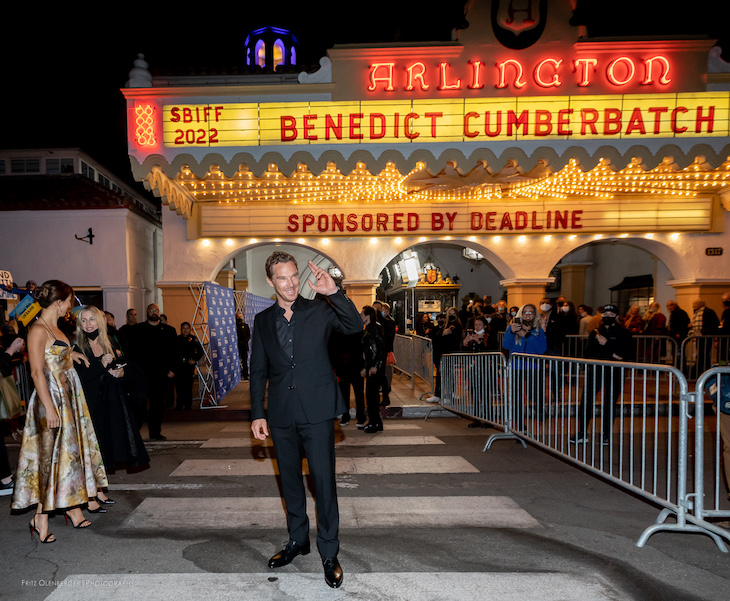 With a margarita in hand, Cumberbatch sat down with Deadline’s awards columnist, Pete Hammond, for an in-depth discussion about his career. In between conversations, the crowd was treated to clips from Cumberbatch's past work including 12 Years A Slave, The Imitation Game, Sherlock, Dr. Strange, Patrick Melrose, Stephen Hawking’s Universe, and The Power of the Dog.

Cumberbatch admitted he's pretty good at impersonations and treated the audience to some spot-on celebrities including Jack Nicholson, Michael Caine, and Tom Holland.

One of the roles that really launched him into the mainstream was that of Sherlock Holmes in the BBC series Sherlock from 2010 to 2017. He even alluded to the possibility of more. “It was such a fun ride… I say that in past tense, but we never say never… for now anyway!" he said.

Another iconic role that has gained a cult following is the title character in Doctor Strange of the Marvel Cinematic Universe. On playing the part Cumberbatch said he feels fortunate. "It’s great! It’s a big old playpen… I feel very fortunate to be your Dr. Strange, that’s what I am! I really do. It’s a great honor, there’s just a lot of fun to be had,” he said. 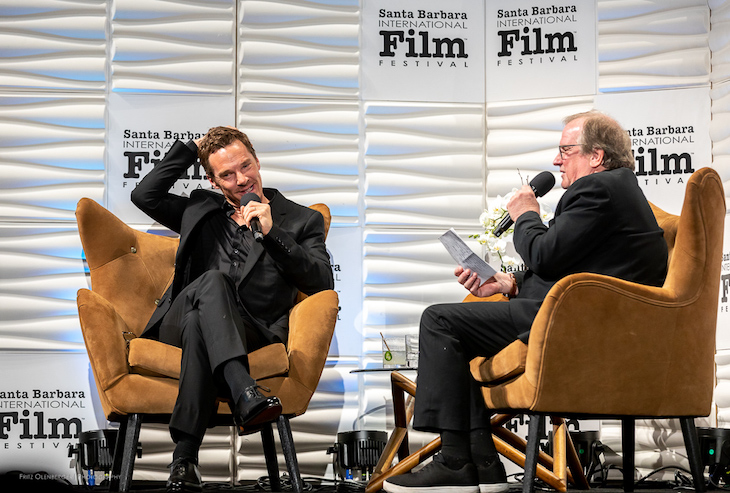 During the interview, it was refreshing to see Cumberbatch be completely open and outspoken about not only acting but his opinion on the state of the world. While he's played a variety of complicated characters, he's also visibly aware of the culturally embedded issues they embody and didn't shy away from bringing up themes of heteronormativity and structural racism, as well as a mention of the assault on Ukraine.

Hammond didn't take the lead-in to go deeper on these topics, but Cumberbatch was perfectly fine addressing equity and toxic masculinity, even making a nod towards some recent criticism Power of the Dog has received from a fellow actor. It was a nice reminder to those misogynist comic-book fans that their Dr. Strange is an outspoken feminist and LGBTQ+ ally.

Following Cumberbatch’s conversation with Hammond, director Jane Campion presented him with the Cinema Vanguard Award. When presenting, Campion told Cumberbatch, “Every generation has their wunderkinds. First there was Olivier, then there was Daniel Day Lewis… and now there is you.”

Upon accepting his award, Cumberbatch said: “Vanguard means to be at the front of something, doesn’t it? You can’t really be at the front of anything without anyone behind you… I do feel like I’m standing on the shoulders of many, many people… I thank every single one of you that has paid for a ticket and gone to a theater.”

At the very end of the event, a fan threw up a Ukraine flag and Cumberbatch held it and posed for photos to show his support for the country that's currently being invaded by Russia. 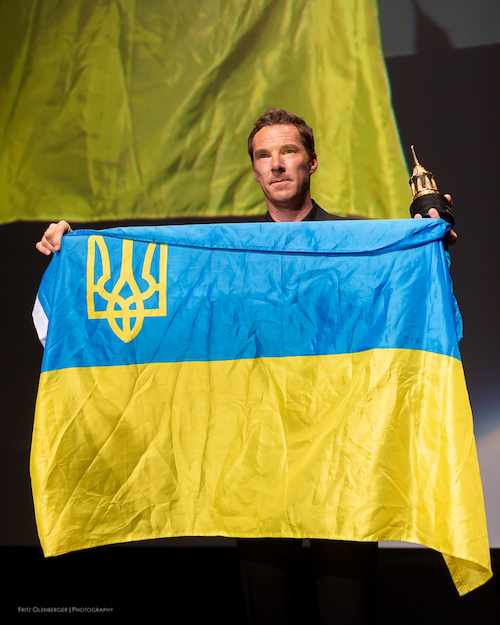 Upcoming live conversations and tributes will include presentations to Nicole Kidman and Javier Bardem, and the women’s panel. The 37th Santa Barbara International Film Festival, presented by UGG®, will take place IN-PERSON through March 12, 2022. 200+ films, filmmaker Q&As, industry panels, and celebrity tributes, will be held throughout Santa Barbara, including at the historic Arlington Theatre. This year’s lineup is available on SBIFF’s mobile app. For additional information or to buy passes, visit sbiff.org.