The Avett Brothers ushered in the longer days and rollicking nights of the spring and summer Bowl season with their spirited show on Sunday night. Every instrument in their band brims with an almost uncontainable elation stemming from the flawless dynamic between the two brothers/co-songwriters who effortlessly harmonize as the lead vocalists. Complete with stand-up bass, cello, guitar, piano, drums, and fiddle, their signature indie folk-rock sound seamlessly straddles the line between bluegrass and rock-and-roll, standing strong as a style all its own. 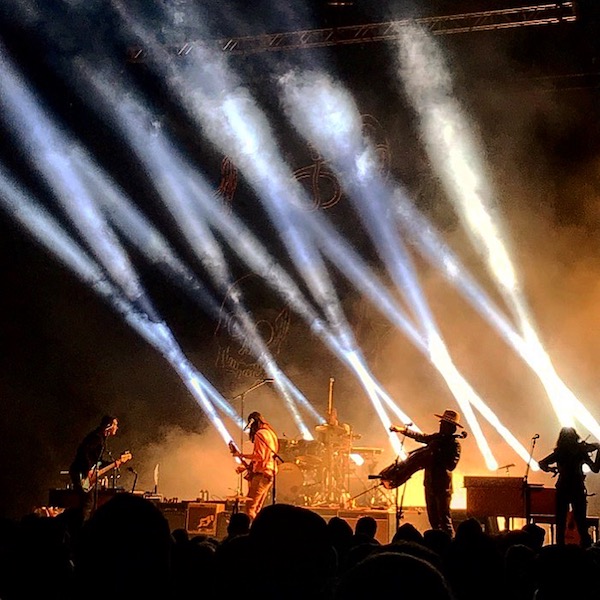 It’s always impressive when I’m at a concert and realize that every song feels like the one I’ve been waiting for. The Avett Brothers kept the hits coming as they launched into the always powerful “Head Full of Doubt” and the swaying sing-along “Down with the Shine.” The band demonstrated a unique ability to gracefully shift between tugging on the heart strings with beautiful ballads, such as “February Seven” and cranking up the tempo with fiercer numbers such as, “Kick-Drum Heart” in which the audience eagerly clapped along to the booming drum.

Playing a collection of hits from their latest album, True Sadness, the band, which was formed in 2001, proved that their honest and intricate songwriting skills are sharp as ever. Highlights included the title track “True Sadness,” which affirms the fact that no one is immune to life’s low-points. However, far from demoralizing, the upbeat catchiness of the tune and gorgeous melodies communicate that this commonality is something to be celebrated, or at least embraced.

Bowl-goers wholeheartedly took part in the revelry, singing along with fervid devotion and welcoming in the righteous thumping bass of “Ain’t No Man” and propulsive lilt of “Live and Die.”

The band also paid tribute to Dolores O’Riordan of The Cranberries with a lovely bare bones rendition of “Zombie” featuring talented violinist Tania Elizabeth. As the show came to an end, the band’s cathartic catchiness and undeniable groove left the crowd bopping down the hill and into the starry night with a convivial lightness, confirming music’s ability to turn true sadness into real joy.

I heard this was a great show! Wish I could have gone!

By, we've already hashed out

Sail, what kind of deterrent

Mercado De La Guerra to Reopen for Fiesta This Year

Can we make getting rid of

Mercado De La Guerra to Reopen for Fiesta This Year

It's understandable what was