John E. Profant Foundation for the Arts hosted their 20th anniversary of "Fiesta Finale" on Sunday at El Paseo.

The annual event includes dinner, musical performances, and flamenco dancing while raising money to preserve Santa Barbara's cultural heritage and to offer assistance to local artists of all ages through scholarships, exhibits, and performances.

The foundation's namesake, John Profant, was a performer and supporter of the arts in Santa Barbara which was largely due to his parents, Dr. Henry and Mabel Profant, who helped found the Community Arts Music Association. The John E. Profant Foundation for the Arts was formed by John’s wife Lyn and their daughters, Marie, Musette, Mignonne, and Michèle.

One of the biggest highlights is the tableau, where people strike a pose to replicate an actual painting. This year they chose the painting "Spanish Dancer" by Juan Giralt Lerin (seen below). 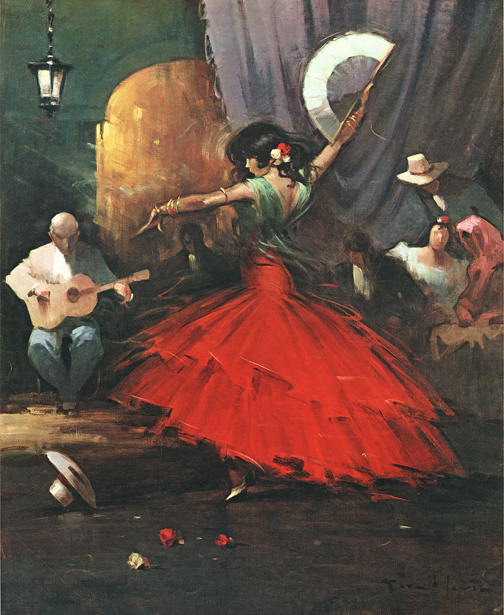 The "Spanish Dancer" painting hung John Profant's office as a reminder of his chance meeting and subsequent courtship with a young ballerina, his wife Lyn. They met at the El Paseo Restaurant in 1950 where he asked her to dance. The rest is history that continues to repeat versions of itself every year on the final day of Fiesta as John's daughters continue the legacy. 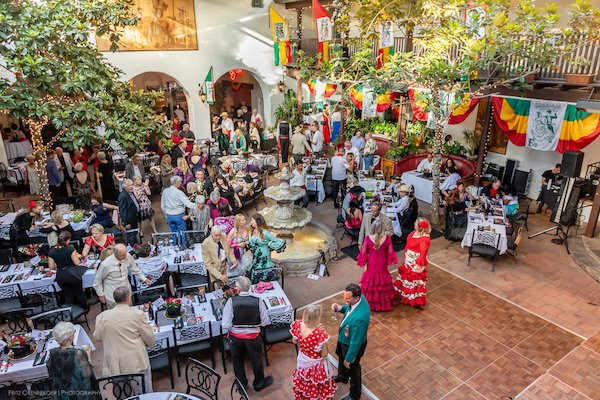 The entertainment continued with dance performances by Kristen Salazar and Serge Chmelnitzki (owners of the local Arthur Murray Dance Studio) and Brittany Petersen and Josh Ochoa. Singer Marco Antonio Labastida serenaded the audience while The Piano Boys, Rhyan and Zeyn Schweyk, showed off their classical skills. Flamenco dancers Ricardo Chavez and Lakshmi Basile stayed true to their cultural roots with a fiery performance.

The scholarship winners (provided below) were also announced as sponsors and contributors were graciously thanked. 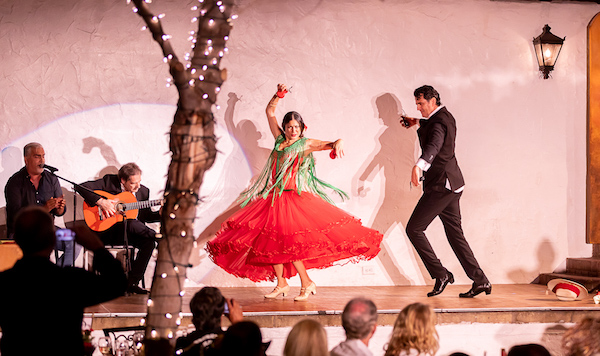 Toggle Comments (Show)
Art Comes to Life at Fiesta Finale
The last photo is beautiful. Nice to see the woman is using castanets, don't see them often anymore and they add so much to a performance.
Please Login or Register to comment on this.

Big you are typical of