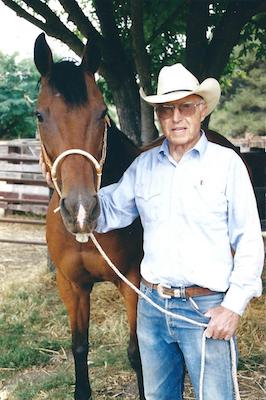 Santa Barbara native Armand Schmitter passed away November 8th. He was a highly respected lifelong cowboy. One local rancher commented, "If you could get Armand to help on a round-up to bring in the cattle you knew it would be a success. He was an outstanding roper which helped greatly when branding the calves."

Armand rode his donkey to Cold Springs School, and after school exercised horses for their owners. By 14 he was riding thoroughbred racehorses for a trainer who boarded his stock at the stables of Chicago Industrialist C.K.G. Billings. Armand was a cowboy on the Jesus Maria Ranch in Lompoc, now Vandenberg Air Force Base. Experience also came working at the Polo Field on Middle Road in Montecito, with the horses on the Dos Pueblos Ranch in Goleta and helping Charlie Perkins, owner of the Alisal Guest Ranch in Santa Ynez.

During WWII Armand was in the 124th Calvary. While state-side he taught recruits to ride. Later stationed on the Burma Road as Pack Master, he was in charge of 36 mules. His duties included shoeing mules and packing food and ammunition through the jungle to the front lines and bringing back injured or dead servicemen. While raising his family of 6 children, Armand fenced off large properties in Montecito to pasture the family horses and cattle. The owners were happy to have the grasses kept low for fire prevention.

A favorite childhood memory of Armand's was a day his mother took him to his father's workplace, the Las Manos Blacksmith Shop at Ortega and Anacapa Streets (site of a city parking garage now). Gustave Schmitter was an ironwork artist, he made several pieces that are at our County Courthouse. The day Armand and his mother visited, Gus was creating a huge lamp, he was, in fact, inside the lamp designing the iron. The lamp hung in the Courthouse Hall of Records for many years; it was more recently moved to our remodeled airport. 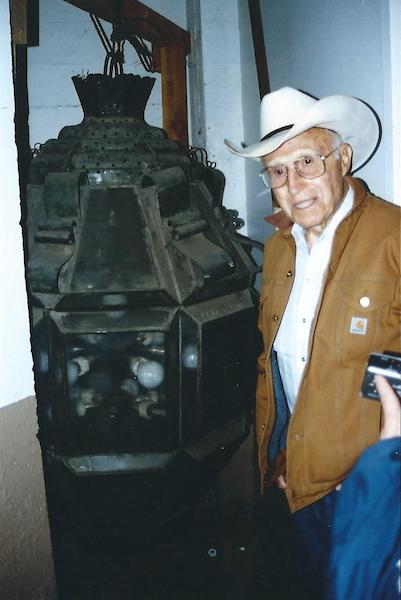 For many years Armand drove teams of horses in the Fiesta parade, pulling carriages or floats and competing in roping events at the Fiesta Rodeo. In 2001 he was chosen the Old Spanish Days Honorary Vaquero and rode horseback in the Fiesta parade and nightly at the Fiesta Rodeo. Armand had a great deal of respect for the old time vaqueros. Helping to keep the ranching tradition alive, Armand and his business partner, Otis Stout, leased 1200 acres in Goleta for their Brangus (breed) cattle operation. Even with over 85 years under their belts they still were doing all their own work of roping cattle to brand and doctor them, slinging and stacking bales of hay, riding out daily to check their herd, and hauling them to market.

It was a sad day November 8th when Armand rode off into the sunset. Armand joins his parents Gustave and Mae (Hubel) Schmitter, his loving wife Marianna, his sister Kay McLellan, his son Armand William (Bill) Schmitter,Jr, and his daughter Marianna (Squeaky). Survivors include his daughter Bunny Smith (Skip), son Steve (Carol), his daughter Bobbie, son Randy, 3 grandchildren, two great-grandchildren, a niece and a nephew. A memorial service will be at a later date when all family members are able to attend.

Toggle Comments (Show)
Armand W. Schmitter
Cattle, rodeo, horses and ironwork--that is indeed the old Santa Barbara. I remember that lamp from the Hall of Records.
Please Login or Register to comment on this.