The fire investigator has determined the cause of the fire to be electrical in nature. An electric bicycle was charging its lithium battery and there was a malfunction. Appliances and battery chargers can overheat and ignite a fire. Be sure not to overload your electrical sockets and limit the use of extension cords to temporary use only.

Santa Barbara City Fire Department responded to the 1700 block of De La Vina Street for a structure fire Saturday morning just before 8:00 am. Three fire engines, one truck company and a Battalion Chief quickly extinguished the exterior fire.  The fire was located outside and under a stairwell at the apartment complex. It was an obvious storage area. Smoke damage caused the two residents above the fire to be displaced.

A total of 28 residents were safely evacuated prior to and during the fire attack. Residents were prepared and helped facilitate the orderly evacuation. Santa Barbara Police assisted with traffic control. No injuries were reported. The estimated property damage is approximately $15,000.  The fire is under investigation.

The Santa Barbara City Fire Department would like to caution people not to store combustible materials, items under stairwells or next to structures. 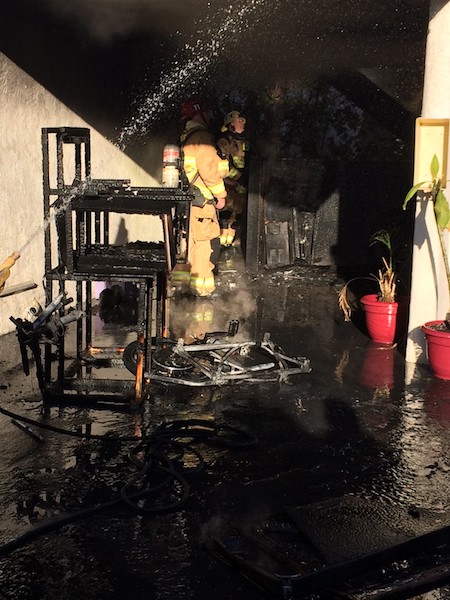