An Irish Christmas at the Granada

Kerry Irish Productions brought their highly acclaimed show An Irish Christmas 2017 to the Granada Theatre in Santa Barbara for the first time on December 7. This was an authentic look at the traditions of the Irish people at Christmas. The show took the entire audience on a journey through the Emerald Isle with superb dancing, singing, and Irish traditional music, and despite terrible fires along the California coast the show was very well attended.

An Irish Christmas featured an award-winning cast of dazzling Irish dancers led by special guests who included World Champions Scott Doherty (Riverdance, Lord of the Dance, Rockin' Road to Dublin) Tyler Schwartz (Magic of the Dance, Gaelforce Dance, Celtic Fyre), and Connor Reider (Celtic Fyre). Complemented by the members of the Kerry Dance Troupe of sensational Irish musicians from the Kerry Trad Orchestra, along with a host of actors and singers who performed in the holiday extravaganza. 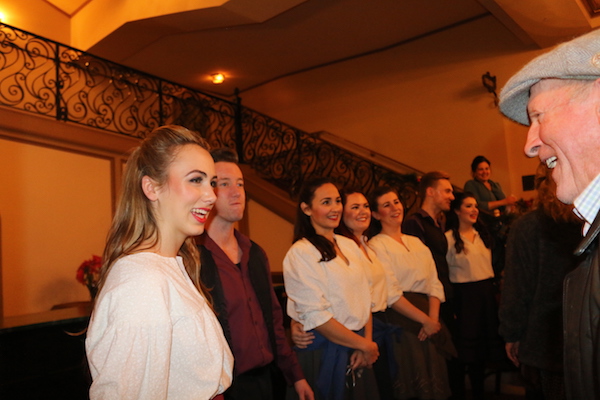 Following their standing applause performance, the cast met with guests in the lobby to answer questions and thank everyone who attended. These young and talented people were charming certainly did give everyone in attendance “An Irish Christmas” to remember! My own grandfather Michael Joyce played the Uilleann Pipes on the Irish Radio Hour in Chicago when I was a child. These Irish pipes are hand-made and are an authentic part of traditional Irish musical history. Isaac Alderson, who played the Uilleann pipes, flute and whistles in this performance, was absolutely outstanding, as was fiddler Bela Issakova.

The production was a delightful surprise trip to Ireland for Christmas that included traditional songs and dances, as well favorite world-renowned holiday music that we all celebrate at this time of year. The dance, humor and musical stories were not only a touching remembrance to many who were Irish or Irish descent in the audience but an uplifting evening of holiday joy for all in attendance. 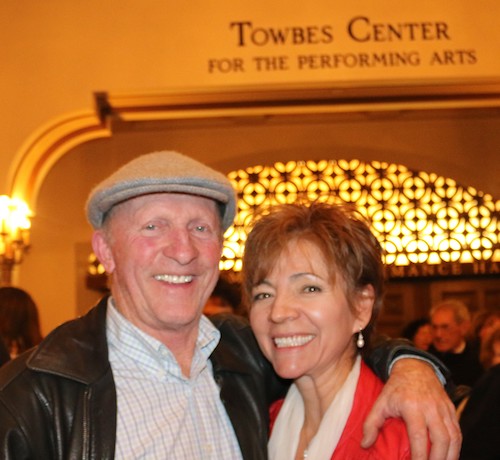 Irish born Willie Quinn, owner of La Arcada Bistro a nearby Irish restaurant and pub on State Street, and his wife Trini absolutely loved the show. Willie, who performs with his daughter in a local Irish band The Foggy Dew was first in line to congratulate the cast in the lobby after the show and said “This was such a wonderful musical event celebrating the best of Irish Christmas, we are so happy to have seen their first holiday extravaganza in Santa Barbara.”

Margaret O’Carroll who devised, directed and produced An Irish Christmas said, “It is extraordinary how closely connected we are to our past. We are a product of so much that came before us, and our traditions are part of that inheritance.” O’Carroll created the Kerry Dance Troupe to perform in her productions with the intention of promoting and celebrating Irish culture and its rich traditions through the medium of dance, and introducing these often forgotten Irish traditions to new audiences.

Irish customs such as the butter-making dance, chasing the wren on St. Stephen's Day, and drawing down the half door are spectacular dance productions highlighting the best in Irish past. “An Irish Christmas 2017” premiere performance in Santa Barbara was a unique and exciting opportunity to experience the true heartbeat of Irish tradition.

Many thanks to Kerry Irish Productions for this premiere performance in Santa Barbara. My childhood faith was ignited and my Irish heart was singing and dancing with the cast, along with all the audience in attendance. I hope this delightful Irish group returns again to bring us all another special night of Christmas joy at The Granada Theatre. 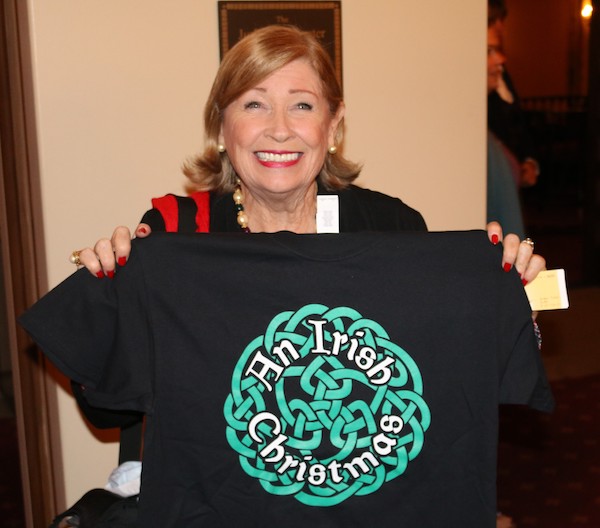 Toggle Comments (Show)
An Irish Christmas at the Granada
Nollaig fe shean is fe bhaise dhibh (Happy and blessed Christmas to you all)
Please Login or Register to comment on this.

All fish because they enjoy

Get out and eat!

Is there nothing that people

“If you build the downtown

If it's closed to vehicles,

And hardly anyone is wearing