Schotz was arrested in January 2018 for burglarizing Dargan's and Oreana. The previous article can be read here.

Schotz was released from prison on April 23rd of this year and placed on post release community supervision (PRCS). Schotz was sentenced to prison in early 2018 for several prior commercial burglaries in the City of Santa Barbara dating back to January 2018. 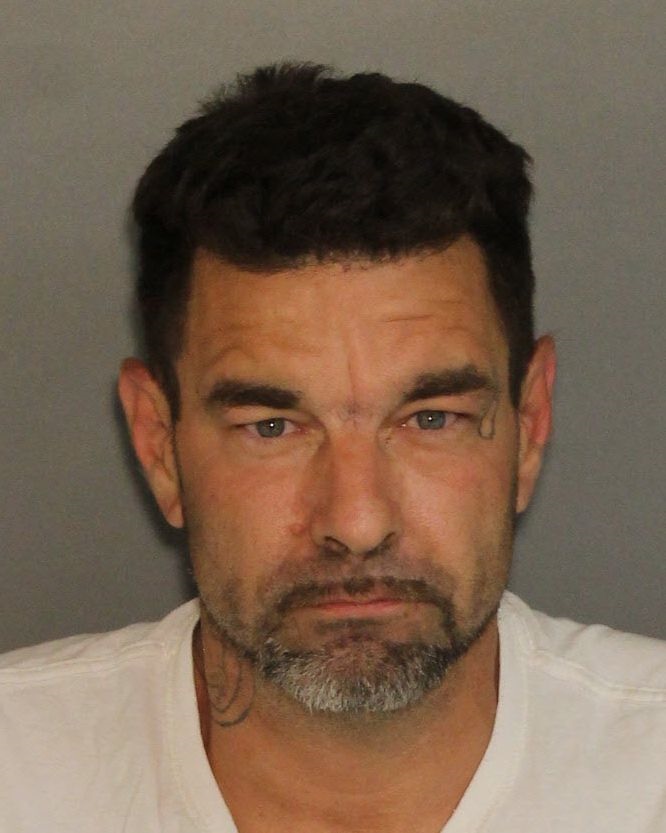 Just prior to the arrest on May 22, 2019, Detectives established a pattern of criminal activity that pointed to Schotz as the culprit in a string of recent commercial burglaries. Police were on the lookout for Schotz, who was outstanding, when an array of burglary-related calls for service were placed into Dispatch on the morning of Wednesday, May 22nd.

At approximately 3:40 A.M. Wednesday, Officers responded to an alarm call in the 300 block of West Carrillo Street. When Officers arrived, they found an empty storefront that had been burglarized -- Police found evidence possibly associating the crime to Schotz. Police saturated the area in an effort to locate Schotz.

At 4:30 A.M., a second alarm call was reported to Dispatch from a business located in the first block of Anacapa Street. Officers flooded the area and set up a perimeter. The business and immediate area were searched, however no suspect was found.

While Officers were investigating the incident on Anacapa Street, Dispatch received a call from the owner of a business located in the 200 block of South Milpas Street. That person reported a burglary in-progress via a remote live feed camera posted in his business. The owner worked with Dispatch to direct Police to the suspect inside his business. He provided a business layout, path of approach and detailed suspect description.

Officers swarmed the area and spotted the suspect, now identified as Schotz, inside the business. With the aid of the live feed camera and the owner’s help, Police were able to take Schotz into custody without incident.

Schotz is currently being held at Santa Barbara County Jail. 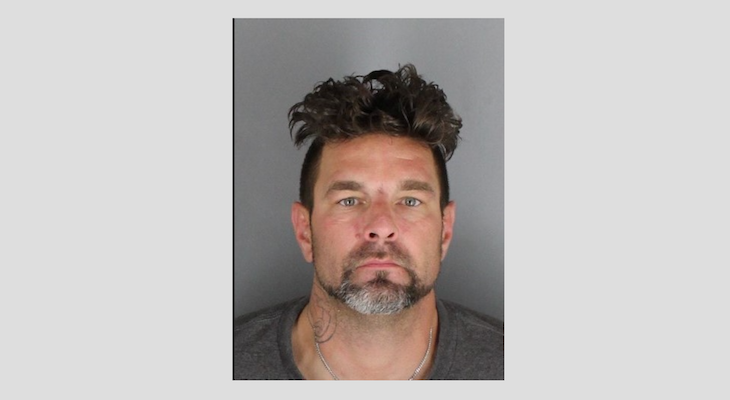 My money is on drugs. Neck tattoo... just from his disheveled looks this guy probably has a substance abuse problem. Lordy, I hate thieves!

One of Jerry's Kids and you can all just look in the mirror when you want to see who passed Prop 57 that lets all these guys out early to terrorize our neighborhoods. Every day on Nextdoor.com, there is a burglary report that you never hear about from the SBPD. In the last week, break ins, catalytic converter thefts, etc and nothing is done. SBPD should have neighborhood substations like the Sheriff and Goleta PD and not some Taj Majal they are planning where no crime will ever be solved.

Luvaduck, Yes, inflation is a whole other issue, unfortunately. Personally, I think we never should have been taken off the gold standard, but so it goes.

May I add that the infinite amount to which you refer is directly linked to lowering the value of any currency you "hold", say in savings or retirement accounts. "Inflation" is a sanitizing term for currency devaluation.

MONKEY BOY. Hate to break it to you, but Santa Barbara has always had "unreported" crime. Talk to anyone who used to work in law enforcement here back in the 70s and 80s and they will tell you all the "horror stories" of things that happened that never made the news. You don't wanna know. It's not worth losing sleep over things you cannot control. Blame it on the Governor, if you like, but the truth of the matter is there are too many humans on the planet. More people, less money to go around, more crime.

This sucks, BUT, he's a non-violent offender. I think the CA prisons should release all the people serving extremely large sentences for dealing or possessing marijuana and make room for these serial burglars.

Some people can not function on their own and actually prefer being incarcerated. They have shelter, food, medical care and when violent crimes are not involved, generally hang out with their buddies in the TV room or in the exercise yard. For some, its a better life.

Sometimes I wish EdHat had emojis. Rex of SB would have deserved a thumb's up and a laugh!

Did this guy want to get caught? Or does he get thrills from risky burglaries? Interesting.

I don't know about wanting to get caught but 3-4 burglaries in one night points to a compulsion. I betcha he just likes the rush from B&E.

Sounds like a criminal who needs to be put somewhere he can earn his living doing something else while incarcerated for the next 35 years. Only age will make any difference: Burglary is his profession.

Welcome to California. Our system is a joke. Thank the past Attorney General under Moonbeam Brown, her name is Kamala Harris.

I blame the failed 3 strikes law myself and the back room deals.

Wow... linked to 10 commercial burglaries in just over a month? He didn't waste any time falling back into his old ways.

And that's only the ones they caught him with. You can bet your bippy there's A LOT more.

At least he wasn't a violent re offender

The police had their guns drawn, but no Schotz were fired.

I'm just glad no one was hurt.

So he'll be released from prison early AGAIN. Sometimes we just don't learn.