On Thursday, 6/8/2017, the Santa Maria Police Department conducted a “Shoulder Tap” operation throughout the City of Santa Maria. The program is designed to reduce youth access to alcoholic beverages. These type of operations are conducted by local law enforcement throughout the state.

During the "Shoulder Tap" operation, a minor decoy under the direct supervision of officers, attempts to get people from the community to purchase alcoholic beverages from ABC licensed establishments. This operation was attempted at three different locations of “off-sale establishments" in the City of Santa Maria. Out of eleven individuals contacted during the operation only one suspect purchased an alcoholic beverage for the minor decoy. After purchasing alcohol for the minor decoy, he was contacted and arrested on charges of purchasing an alcoholic beverage for a minor. The suspects was cited and released at the scene.

During the ABC investigation another ind ividual took the money from the decoy, purchased the alcoholic beverage for the decoy and asked the decoy(s) to meet him behind the establishment for the exchange and then drove there. For safety reasons the decoy walked back to the undercover officer as initially instructed to do so in these type of situations. The individual was contacted and counseled regarding the purchase of the alcohol and cited for driving without a driver’s license. His vehicle was impounded for 30 day.

This programs are intended to reduce the availability of alcoholic beverages to minors; statistics show that teens have a greater rate of drunken driving crashes than adults.
Funding for these programs are provided by the California Office of Traffic Safety through the National Highway Traffic Safety administration through an ABC Mini-Grant which was awarded to the Santa Maria Police Department for these types of operations 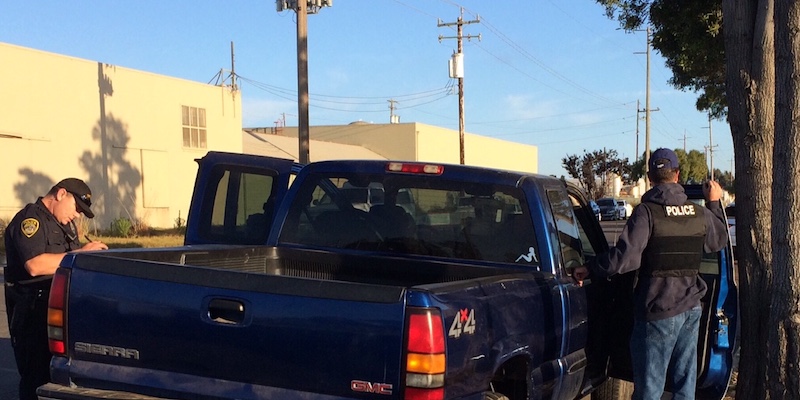 Be sure you leave off the