The Torridonian sandstone of the Scottish Highlands. Photo by: Vamsi Ganti 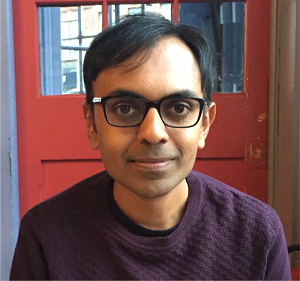 Picture a languid river winding its way through a fertile plain, on its journey to the sea.

For over half a century, scientists thought these rivers were relatively recent phenomena. That’s because, with most modern rivers, vegetation provides the cohesion that holds the river bank in place. And prior to the emergence of land plants, which happened in the Silurian period, roughly 450 million years ago, this vegetation wouldn’t have existed.

That, in turn, led scientists to believe rivers on ancient Earth were shallow, steep and braided.

But a group of researchers led by Vamsi Ganti, an assistant professor of geography, decided to re-examine this thinking, and their results have completely overturned this longstanding theory. The findings appear in the Proceedings of the National Academy of Sciences.

River deposits after the Silurian are characterized by an entire spectrum of geologic deposits, including remnants of ancient channels, floodplains, mudstones and sandstones formed from the dunes that develop along the riverbed. “Whereas the puzzle with the pre-Silurian river deposits is that all you see is just dune deposits,” said Ganti. There was nothing obvious from the geologic record that could have given the riverbanks the structural stability to hold up.

For this reason, scientists thought pre-Silurian rivers had steep, multi-channeled flows. But Ganti and colleagues saw a hitch in this model. Around 1 billion years ago, the Earth was dominated by the supercontinent Rodinia, and other researchers discovered that some of these rivers spanned the length of the supercontinent. This poses a problem because very long, very steep rivers would need to come from preposterously large mountain ranges — “ranges which were likely much bigger than Mount Everest today,” Ganti said. And there simply isn’t any evidence that such large features existed. 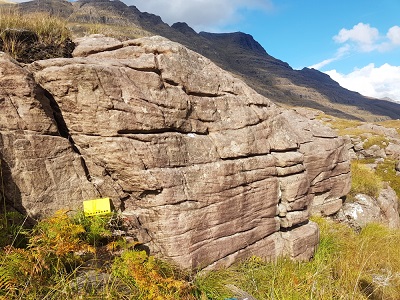 Ganti and his colleagues decided to revisit these past assumptions. “What we tried to do here is to reconstruct the depth and slopes of these rivers,” he said. To do so the team relied on those pervasive sandstones formed from fluvial dunes.

Sand-bearing rivers often have undulating dunes on their beds. As the dunes move downstream, the bottoms build up sandstone deposits in the geologic record. The height of river dunes varies with the depth of the channel, and geologists can reconstruct their heights from the thickness of the sandstone deposits.

Ganti could scarcely believe the results. “Those are really deep rivers to exist in the absence of vegetation,” he said, “and that was actually a really surprising result for us.” The team returned to their study site, the Torridonian sandstone deposits of the Scottish Highlands, to double check. “I spent two summers there saying, ‘This can’t be true. I should go and collect more data,’” Ganti added. In all, the group ended up collecting roughly 2,000 measurements at the location.

The researchers next set out to determine the slope of these ancient rivers. And, fortunately, the sandstone deposits had more to tell them.

River dunes are only stable within a narrow range of conditions, so the pervasiveness of the dune deposits from this period implies that river flows were within these particular conditions. “If the flowing water is not forceful enough, it cannot move the sand grains and you get a plane, flatbed,” Ganti explained. “And if it’s too forceful it wipes everything out, and you get a flat riverbed again.”

The force of the flow is a function of the river’s depth and the slope, which determines how fast the water flows. Having figured the depth, the team could now calculate the slope. They found these rivers dropped 1 meter every 10 to 100 km. “That’s basically flat,” said Ganti, “which is good news, because you don’t need giant mountains.” In fact, these gradients are similar to today’s large rivers.

Ganti and his colleagues then tackled the question of what these rivers looked like: Did they form a single course or a series of braided channels? 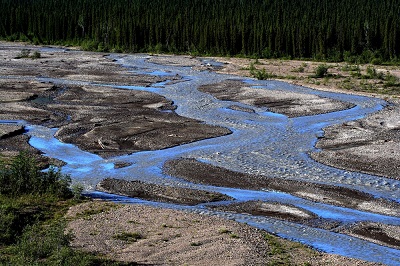 When a river becomes much wider than it is deep it will begin to braid, forming sandbars and islands in the channel, Ganti explained. Since width varies with the amount of water flowing through, the team decided to model how much precipitation might drop on the primordial watersheds that fed these rivers.

The rivers that deposited the Torridonian sandstones flowed through a semi-arid region that had been about as far south of the equator as modern Southern California is north of it. Geological observations suggest that today’s global atmospheric dynamics had already emerged some 2 billion years ago. So Ganti used current average precipitation ranges across this latitude — recently compiled by UC Santa Barbara’s Francis Macdonald and Lorraine Lisiecki — to estimate how much rain ancient Scotland likely received.

The result indicates that these rivers had a single channel. “The only way they could have been braided is if precipitation rates in semi-arid landscapes on Rodinia were 10 times greater back then than what we get in the intertropical convergence zone today,” Ganti remarked. Either that or the rivers would have to drain a region over 100 million square kilometers in extent. For reference, the largest watershed currently on earth, the Amazon, is roughly 6 million km2.

Now the question facing Ganti is what gave the riverbanks the structural stability they needed. Mud is one possibility, but researchers haven’t found any fluvial mudstone from these periods.

Recently scientists have considered whether biofilms and microbial mats might be able to provide this structural stability. Preliminary results suggest the amount of force they can withstand is similar to those that Ganti found in this study. And there is evidence that microbial mats were abundant on land during the deposition of the Torridonian sandstone.

Currently, Ganti is building a flume lab where he can test the cohesion offered by microbial mats and compare that to things like mud or plant roots to develop a mechanistic understanding of these systems.

Understanding how rivers on early Earth evolved in the absence of vegetation may even hold clues for understanding the hydrological cycle on Mars, Ganti said. Martian exploration has borne evidence of large-scale meandering rivers in the planet’s ancient past. “That’s another clue which tells you that vegetation is not the only way you can have these single-threaded, deep rivers,” he said.

They were pursued several

If the Republican party has

If it happens every day the

I agree with you, but how

Them = Those individuals who