The 28-foot drug smuggling boat equipped with two motors had numerous barrels of fuel on board containing approximately 170 gallons of fuel. Investigators searched the area and located evidence of clothing left behind but were not able to locate any suspects or drugs. 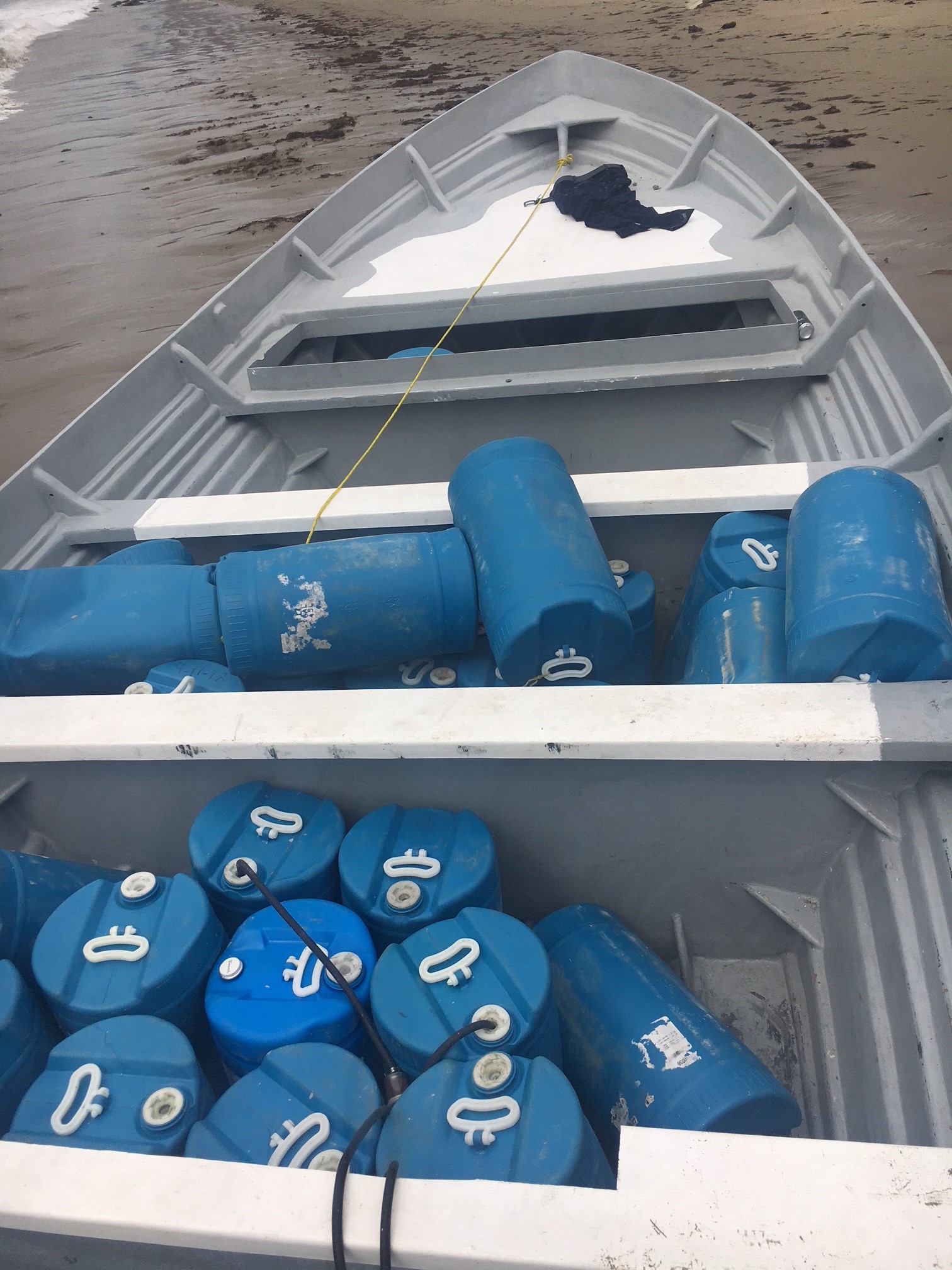 According to scanner traffic just a few minutes ago, Sheriff's Deputies are responding to a possible panga boat seen near Refugio Beach. It's unknown if anyone nearby is connected to the boat or how long it has been there.

So they bring a ton of weed into Cali and discover the price has dropped because everyone's growing it.

Would be interesting to know what drugs are being transported these days; it would appear from recent news report (ie: the Trade, an award winning documentary series now available on you tube) that transport of opium is the new normal. The east coast is in a crisis with 3 out of 5 drug deaths from opium related products. We hope that opium from Mexico is not going to infest this area (Marijuana is legal, so why bother with the panga transport?)The cartels are on to more lucrative and deadly merchandise for the burgeoning U.S. market. So very sad. As "the Trade" series concludes, treating drug use as a health care crisis of addiction is the only solution working so far in other western democracies (versus the current U.S. criminalization of addicts).

They told us legal pot would stop all this illegal drug trafficking.

FACTOTUM - despite your name, you seem to have an undying aversion to actual facts. Nothing here indicates drugs were involved (pangas are used to smuggle people too, you know) and furthermore, no one ever "told us" that legalizing cannabis would stop all drug trafficking. So, you're wrong, and then wrong again. You're 0-2.

Well it may be legal but there’s nowhere legal to buy it recreationally yet... you’re putting the cart before the horse factotum

Just a minor quibble, but saying "Panga boat" is like saying "canoe boat". A panga is a type of boat.

The rash of opiod deaths is a function of more than illegal heroin smuggling. Pharmaceutical opiods are a huge factor as is Fentanyl. The latter being an extremely dangerous and cheap opiod being brought in from China to cut the heroin with. It can be lethal in the minute quantities which are absorbed through the skin from touching contaminated surfaces, so it is easy to create lethal doses of heroin. It is a tragic epidemic.

Where is Arroyo Quemada Beach?

Arroyo Quemada beach is on the Gaviota Coast up near what was once Tajiguas Canyon (that is now a mountain of landfill).

Does the DEA, ICE or whatever agency seizes these ever auction them off after the case is closed? I want one SO BAD!!!