A ceremony was held in Memorial Plaza at SBC Fire Headquarters and at all fire stations (shown at Station 31 in Buellton) to pause and remember those we lost on that day.

We shall never forget.

Eighteen years ago, on September 11, 2001, the United States was attacked when terrorists crashed planes into the World Trade Center in New York City, into the Pentagon in Washington DC and another in a Pennsylvania field. We’ll never forget the terrible tragedy—but America will stand together.

The Santa Barbara County Fire Department will be holding special remembrance ceremonies for the 18th anniversary of the 9/11 tragedy. The special events will honor the first responders and the nearly 3,000 lives lost that day, along with our military members who have perished fighting the terrorism behind the attacks:

The public is invited to attend a brief ceremony at any of the 16 Santa Barbara County Fire Dept. fire stations at 9:00 a.m., at which time a moment of silence will be observed, followed by the lowering of the flag to half-staff.

A brief ceremony will take place at the Santa Barbara County Fire Department Headquarters, located at 4410 Cathedral Oaks Road. A moment of silence will be observed, followed by the lowering of the flag to half- staff. Fire Chief Mark Hartwig will have brief remarks prior to the conclusion of the ceremony.

The public is welcome to attend both ceremonies. 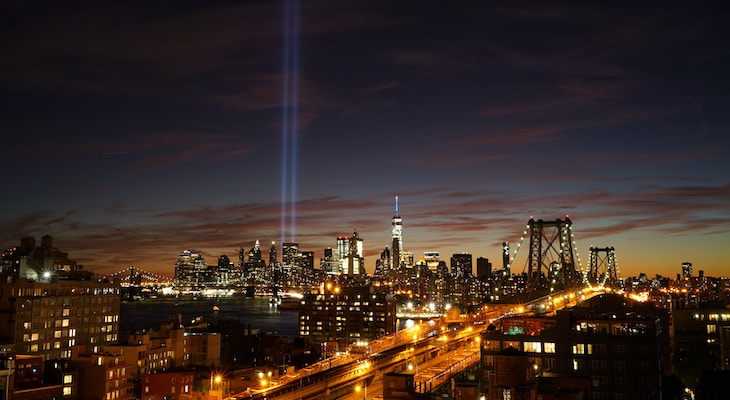 Photo by Jason McCann on Unsplash

Toggle Comments (Show)
9/11 Remembrance Ceremonies
I just want to thank...Sheriff Brown, Fire Captain, Hartwig...both class acts... On this anniversary, of 911...sad day... You have had to deal with our tragedys...Fires,mudslides, and now the boat tragedy.... Your leadership, has been amazing ! Helps us to heal....
Please Login or Register to comment on this.

Roger reports a man in a van exposed himself to a vehicle near Cathedral Oaks and La Patera in Goleta.

Roger reports a semi-truck backed into a railroad bridge near Los Patos Way and Highway 101.

Roger has the scanner reports. "A nursery truck was ripped off from the 800 Block of De La Vina and found in Westlake a couple hours later."

[Update]: The California Highway Patrol has identified the 24-year-old Santa Barbara woman who died in the traffic collision on Highway 1 Friday evening.