A 7.1-magnitude earthquake hit near Ridgecrest around 8:19 p.m. Friday, just one day after a 6.4-magnitude quake struck in the same area, according to the US Geological Survey (USGS).

USGS reports this is the strongest earthquake to hit Southern California in nearly 20 years producing more than 1,400 aftershocks with more expected, many of them averaging 4.0 magnitudes.

Similar to Thursday's earthquake, the rolling ground was felt hundreds of miles from the epicenter reaching as far as Mexico and Las Vegas.

Another earthquake, if no one else felt it I'm nuts. 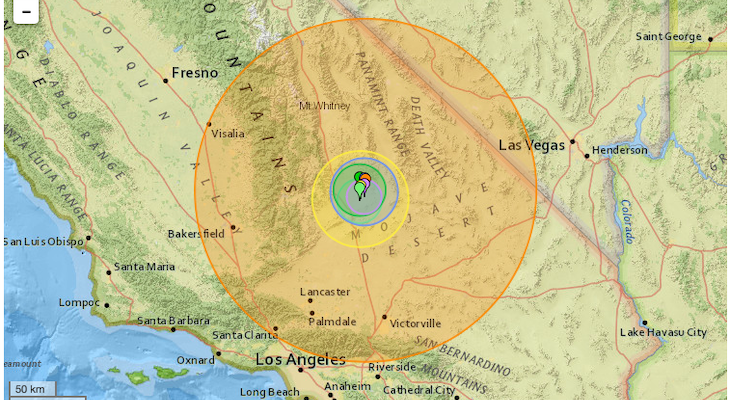 Thank you, Mr. Zemeckis for

So many homeless need

Is Mommy Abboud planning to

Adam, I believe that