The most colorful and creative annual community event in Santa Barbara County was founded in 1974, attracted more than 100,000 people and kicked-off at noon on Saturday.

The three-day festival is celebrating 45 years and featured the Solstice Parade with a festival in Alameda Park that attracts visitors from around the country and the world. I am for sure among the throngs of people here in Santa Babara who look forward to taking photos and seeing old friends each year at Solstice, and this year was no exception. The theme this year was “wonder” and it was one wonderful parade and festival! 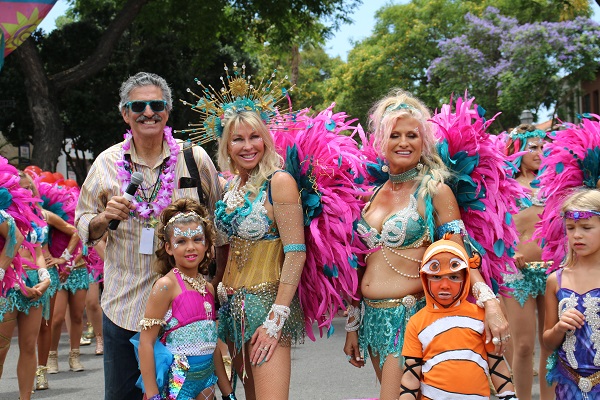 John Palminteri, KEYT3 reporter, seemed thrilled to join the lead dance group and kick-off the 2019 event. State Street was overflowing with photographers, including me, taking shots of the beautiful costumes and bizarre antics of cyclists, clowns, and acrobats. Spectators were seated on the curb as far as the eye could see, with whole families enjoying beverages and snacks while waiting for the parade to start. Palminteri was yelling “Santa Barbara is back” and he was right, it surely is back! 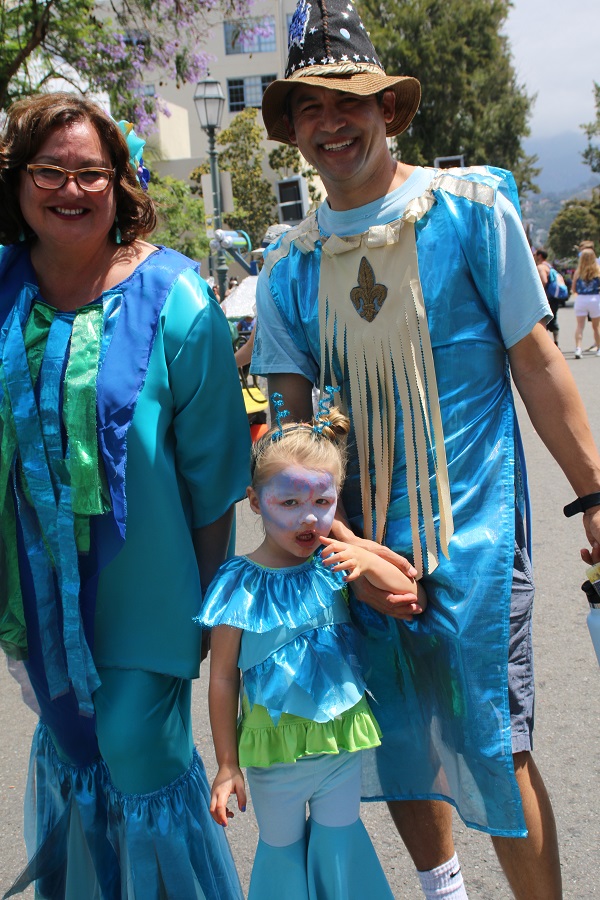 The Summer Solstice Festival represents months of work by local residents, many of whom have participated in the event for years. I visited the Solstice workshop earlier this month and was so impressed with this creative neighborhood venue where people-powered floats and giant puppets are designed, built and decorated by enthusiastic parade participants. It is beyond thrilling to see the music, costumes, and performance art come together for one weekend, in an awe-inspiring creative ode to the start of summer.

Some consider the Summer Solstice Parade to be as crazy as Mardi Gras in New Orleans and as whimsical as a trip to Disneyland all rolled into one, however, it is only possible through the dedication of a cross-section of extremely talented community members, organizations and whole families who are loving every minute of the preparation and culmination of the three day festival. Community rules in this event and during 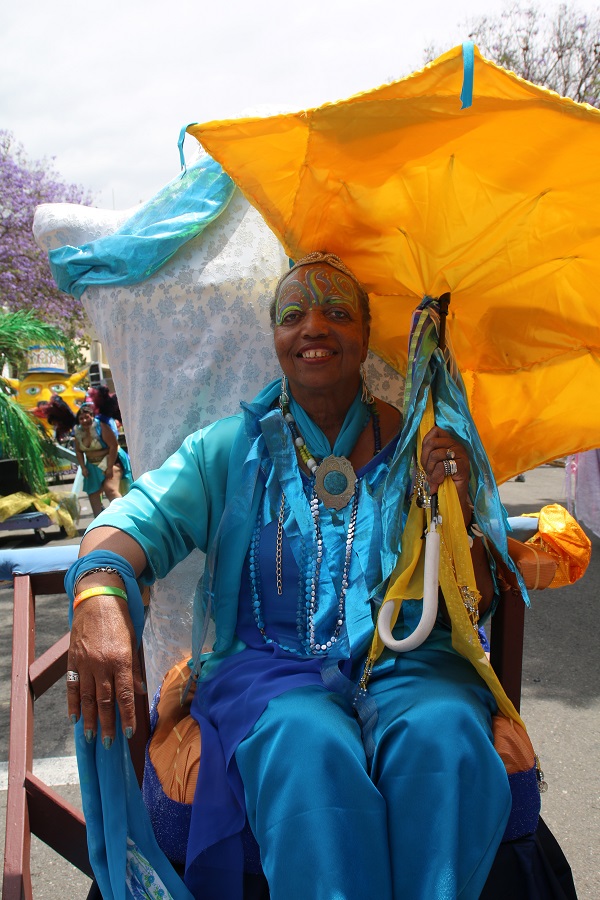 Saturday's parade Santa Barbara past poet laureate SK Rolle was a queen in the parade, along with two local residents who won a raffle that allowed them the opportunity to ride in royal chairs up State Street.
Santa Barbara Mayor Cathy Murillo danced up the street with a talented group including 'Pass the Hat' volunteers, County Supervisor Das Williams and his sweet little daughter Ya'Ash, who were all collecting Solstice 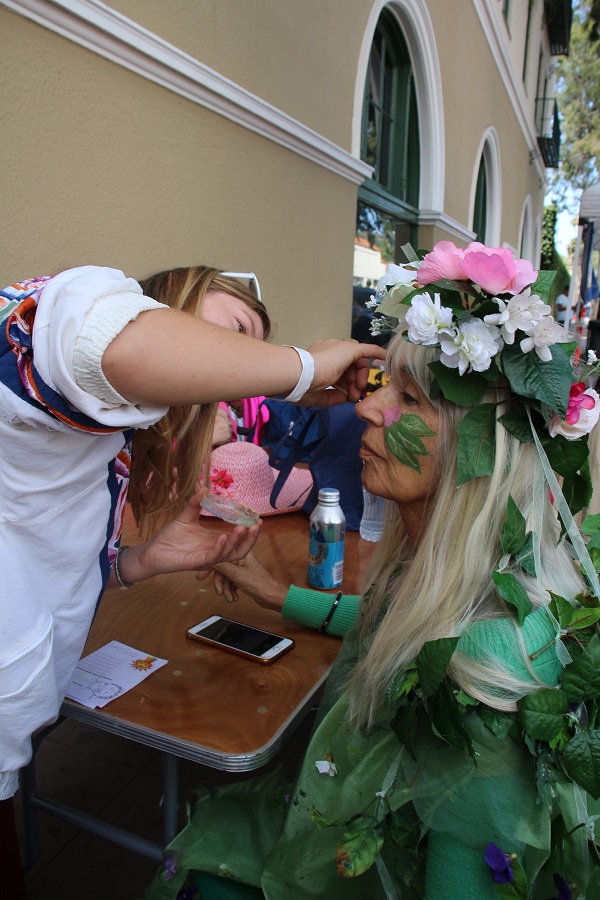 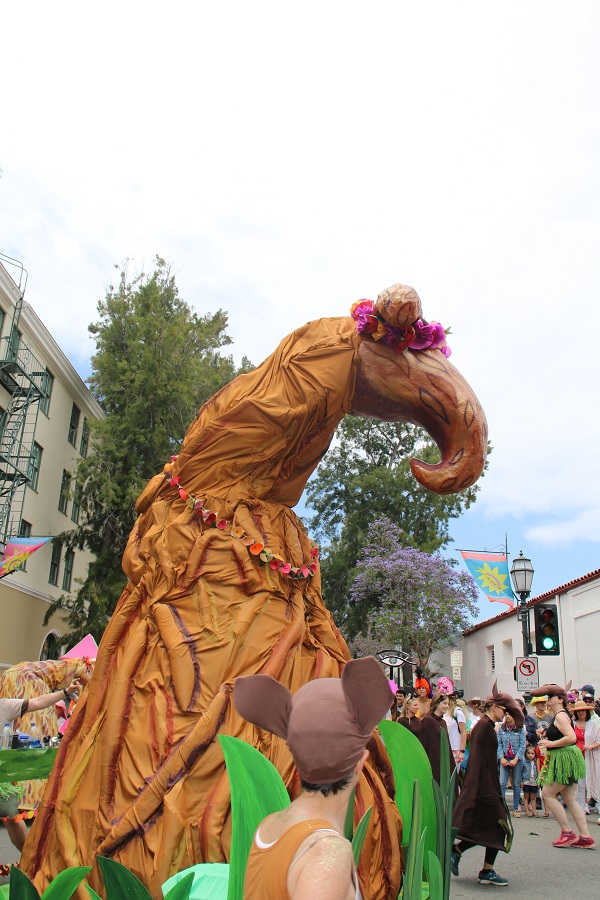 Parade donations for the 501 (c) 3.  The 2019 Solstice t-shirts, designed by David Mark Lane, were being proudly worn by all the festival support people and were on sale during the parade as well as Alameda Park; many of these past t-shirt designs have become collector's items. I watched at least four dance groups go by performing multi-cultural dances, all wearing gorgeous color-coordinated costumes, who clearly were having the time of their life dancing routines they have been practicing for months. So inspiring!

The Solstice activities at Alameda Park began Friday and ran through Sunday, with ongoing live music showcasing local talent, food, art & craft booths and a bevy of Summer Solstice Festival activities for adults and children, including a children's parade. I had a coke at the Red Piano with a couple who flew in from North Carolina just to see the parade and they were really enjoying themselves. I loved this year's Summer Solstice, was so grateful to be there and look forward to 2020. For information visit www.solsticeparade.com.

What a fun day!

I was playing at the "drum-circle" afterwards...
My humble compliments to the MOST beautiful women on Earth who attended.
I love you.

Tiffany. I see you, you beauty.

If anyone has a video of the Solstice Parade I would love to see it! I am very sick and unable to get out. I love the parade and hate missing out on all the great fun.

There is a 25 minute video on youtube showing the parade. Or check the solticeparade dot com website for their official video.

Let’s try not to forget the origin of the Summer Solstice Parade. It was started in 1979 as a celebration of a very kind, talented, local artist and mime, Michael Gonzalez. He was so well respected and liked that his friends held a parade down State Street for him on his birthday. Please never forget.

The group dancing to the songs of Queen with a Freddie Mercury lookalike was a big hit. Likewise the people in the picture frames as famous portraits. Anybody who dances/parades their way up that street has my complete admiration.

I support local, as opposed