The Santa Barbara International Film Festival (SBIFF) revealed their lineup and poster for their 34th installation on Thursday morning.

The festival will run from January 30 to February 9, 2019, and is presented by UGG®. It will feature 63 world premieres and 59 U.S. premieres from 48 countries, along with tributes with the year’s top talent, panel discussions, and free community education and outreach programs.

During a press conference at Hotel Santa Barbara, SBIFF’s Executive Director Roger Durling stated, “After the tragedy last year in Santa Barbara, we questioned whether to go ahead with last year’s festival, but we came to realize the importance of film as a way for people to gather in an equalitarian way to reflect, feel and simply experience art together."

Now back in the full swing, SBIFF is honoring some of Hollywoods elite, many of whom have been nominated for a variety of awards due to their current film projects. Glenn Close, Melissa McCarthy, Viggo Mortensen, Michael B. Jordan, Claire Foy, and Sam Elliott are just a few of the stars coming to this year's festival.

Discussing the recent Golden Globe Awards, Durling said everyone was surprised by Glenn Close's win for her role in The Wife. "I wasn't surprised, we had already picked her as the [Maltin] Modern Master," said Durling.

Artists Barbara Boros kept up the tradition by creating this year's poster as the festival refocuses its attention on the Santa Barbara community. Durling stated the artwork is a salute to the resilience of Santa Barbara. 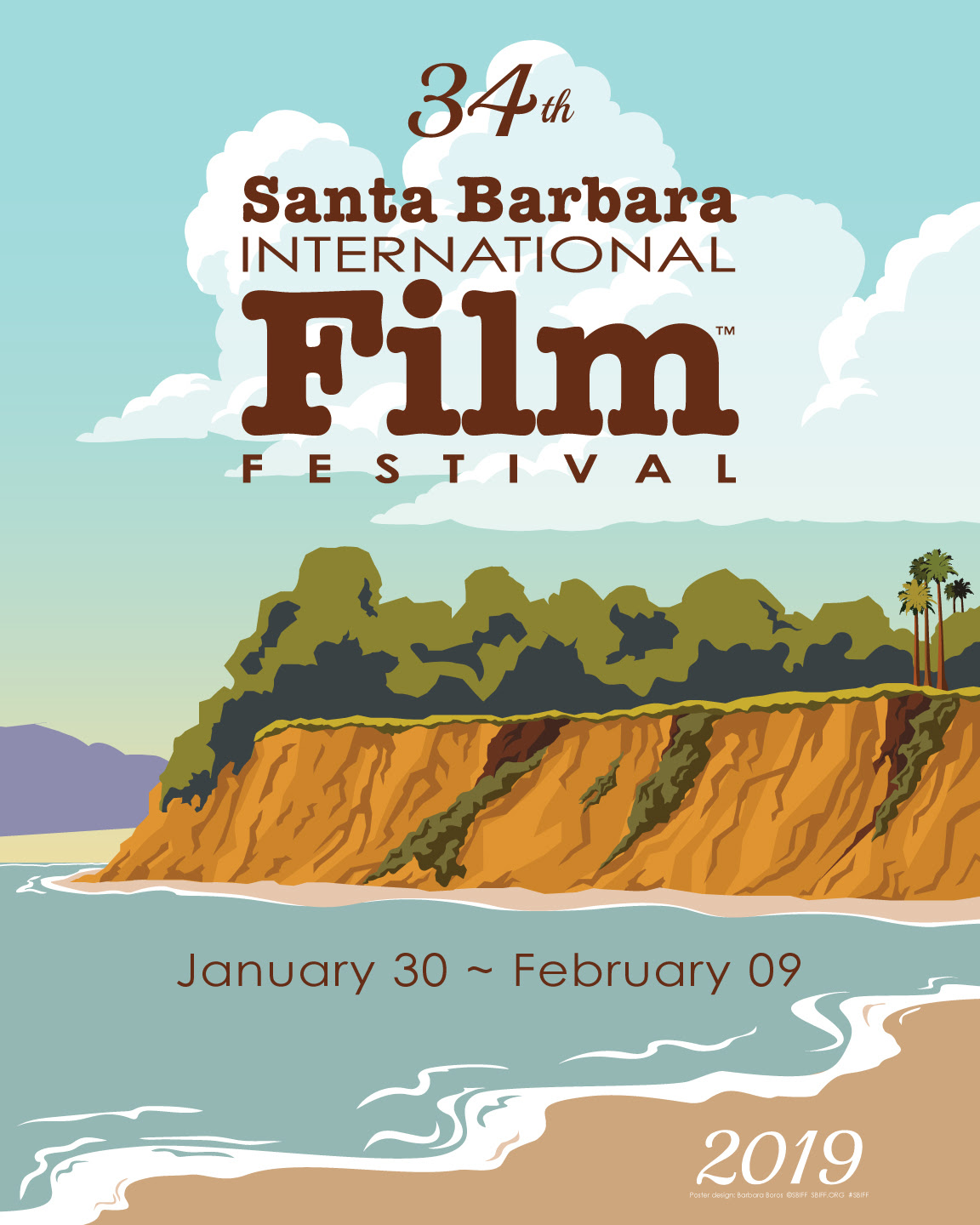 "We have entered this year with a renewed sense of purpose and continuity with the festival and understand more than ever the important role we play in the community. As such, we have chosen to bookend our festival with two films about iconic people and places in Santa Barbara to highlight the resilience, vitality and the talent within the Santa Barbara community,” said Durling.

For the first time in SBIFF's history, the opening and closing night films are exclusively about the Santa Barbara area. The opening night film is the world premiere of Diving Deep:The Life and Times of Mike deGruy directed by Mimi deGruy. The feature film documentary about Mike deGruy, an irrepressible biologist turned award-winning filmmaker who swam, dived and filmed in oceans around the world and in the process became the first to film many rarely seen creatures in their own oceans. He was also a passionate advocate of the ocean’s creatures and became increasingly outspoken as an environmental activist. In 2012, deGruy died tragically in a helicopter crash in Australia while filming for director James Cameron. 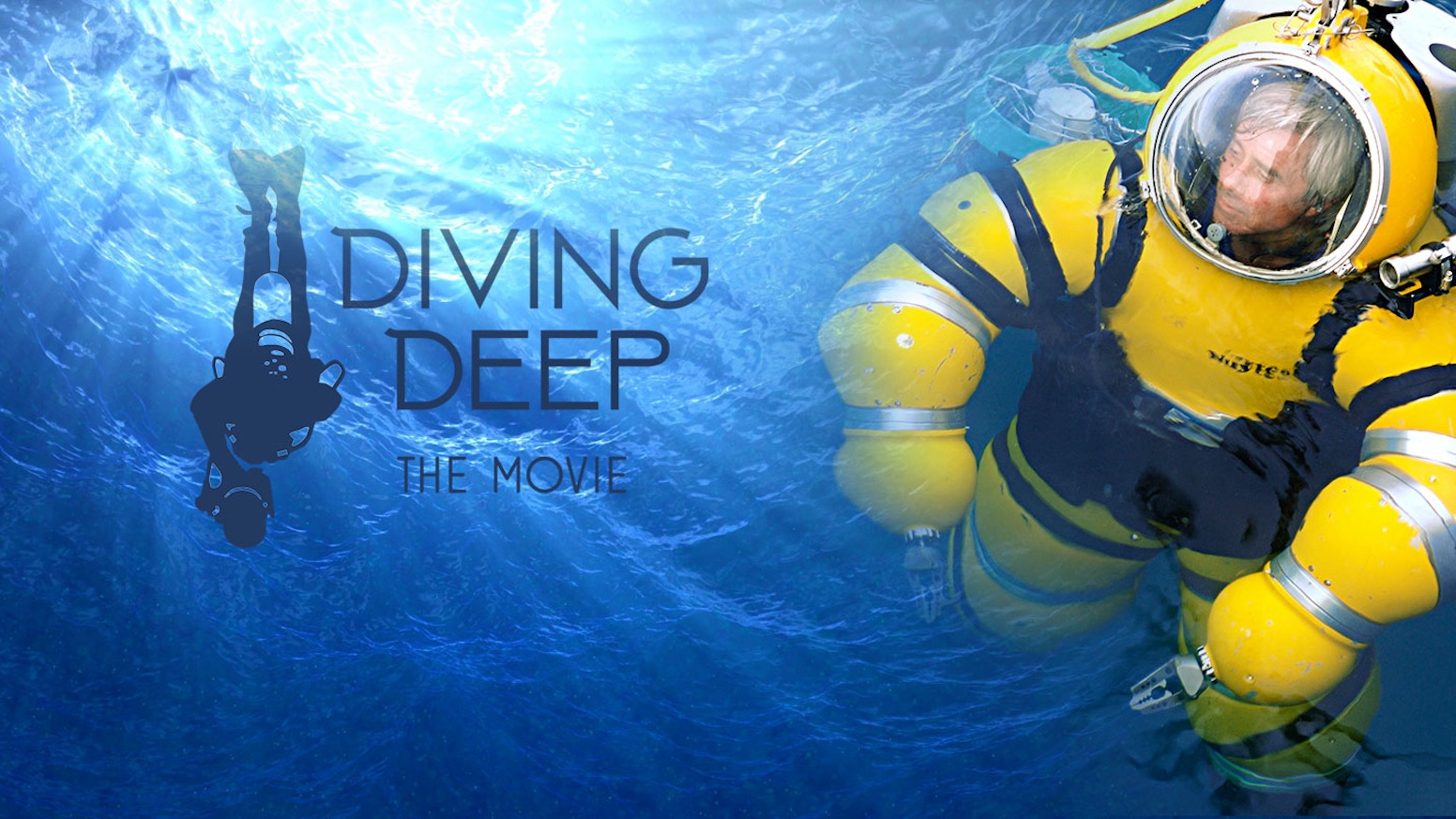 Durling stated this film symbolizes Mike's talent and vitality as he is a true representation of Santa Barbara.

The closing night film is the world premiere of Spoons: A Santa Barbara Story directed by Wyatt Daily. This film is an exploration of how one of the most significant corners of the world produced, and continues to produce, some of the most talented surfers and innovators. Deeper than all is a story of craftsmanship, work ethic, renegades and tradition. This is a film that goes beyond the time spent in the ocean to define how one spends a lifetime.

Another big announcement is that the SBIFF now has an office at 1330 State Street that will provide year-round educational opportunities for the local community. "It's our year-round commitment to the community," said Durling.

The festival begins on Wednesday, January 30 and closes on Saturday, February 9. For more information and tickets, visit sbiff.org