The Annual French Festival was held at Oak Park and looked to be another delicious success on day one, however, on Sunday it really became a special celebration when France beat Croatia 4-1 to clinch a 2nd FIFA World Cup Title. Some French people from Sherman Oaks were riding on the Gold Coast Limousine Shuttle with me to the festival and were overjoyed France had won, and my old friend Chef Josette LeBlond, owner of Josette's Bistro & Normandie Bakery, who is a long-time event sponsor was beaming and gave me a proud thumbs up! 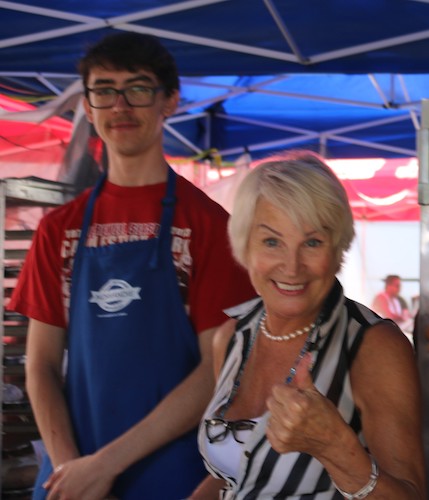 From Pacific Crepes to Le Hot Dogs to a bevy of French plates, including a delicious cheese plate to enjoy with wine from Le French Grill it was Vive La France all day. I joined a very relaxed audience sitting under the shade of the oak trees enjoying Violette cupcakes and listening to a variety of entertainers, including John Stevens Derrick and Jean-Pierre Tibi.

The Moulin Rouge stage featured Tina's Ports of Paradise performing French Polynesian dance with live musical accompaniment, and the stage was packed with attendees getting into the fun island beat. There was also accordion music being played all day on the Accordion Stage. 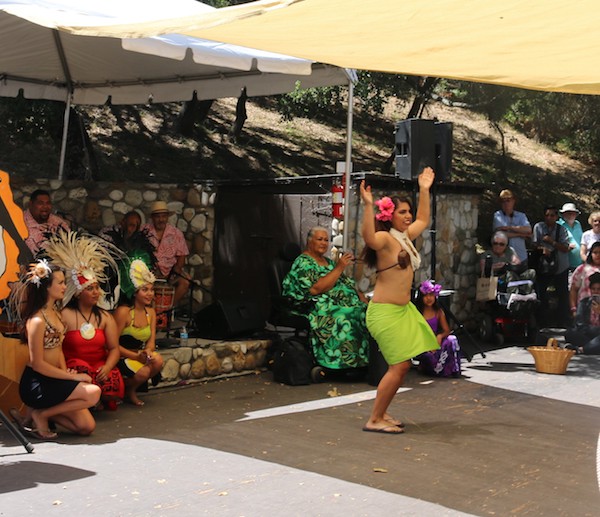 The 30th year offered some new and clever attractions such as the Scavenger Hunt, learn to play Petanque & French conversation corner and Santa Barbara Travel Bureau's Raffle for 2 nights at Hotel Lancaster in Paris and $500 air credit on United Airlines. Tickets were $1 and were going fast. I left before the 6:30 drawing, but will be happy for the winner. Who doesn't love Paris? Journeys to a Hidden Provence were also sharing tips on how to best see France to enthusiastic travelers. 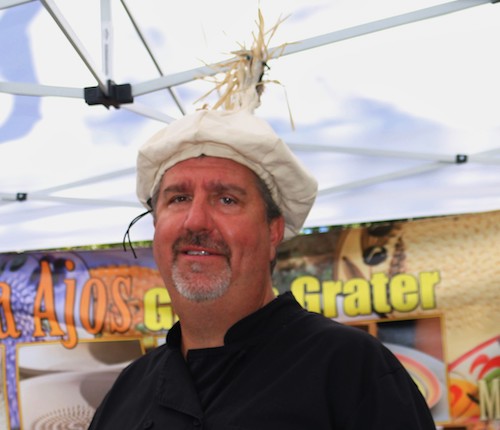 So many families were walking through the festival grounds, purchasing their lunch and sitting on the grass enjoying picnics. I was impressed watching a young girl helping her dad by preparing Le Hot Dogs; large closed bottom French roll with mustard or ketchup squeezed into the roll before the large dog was slipped inside. It smelled delicious and cost only $6. The Pacific Crepe makers were busy as well filling their sweet creations with fresh strawberries, cream, and condiments. My favorite sweet desserts were the beautiful and delicious Violette Bakeshop cupcakes named Kir Royale and Framboise Et Chocolat. An appreciation for everything French filled the air! 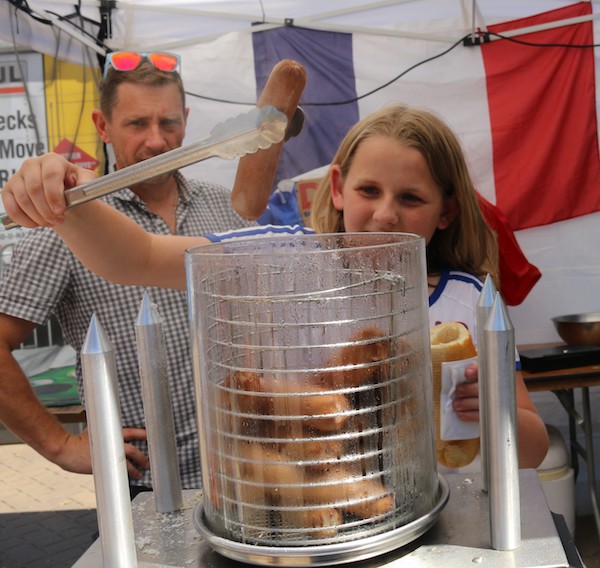 A special thank you to Center Stage Theatre who have brought so much to this beloved Santa Barbara French Festival with all the amazing entertainment they have made possible, and merci to all the sponsors who so generously give their support to provide the community with this delightful 'all things French' experience in our park. For details on next years French Festival visit: www.frenchfestival.com.