At approximately 6:30 a.m. today, May 1, 2018, the Santa Barbara County Public Safety Dispatch Center received a 911 call reporting a robbery that had just occurred at a group home in the 4600 block of South Bradley Road. The two male juvenile suspects, ages 14 and 15, confronted a female employee with a knife and demanded car keys to a vehicle owned by the group home. One of the subjects also allegedly choked the victim with a chain until she relinquished the keys. The two suspects then stole a white van and fled the scene.

During this time, California Highway Patrol dispatch received 911 calls of a reckless vehicle traveling south matching the description of the stolen vehicle. A Sheriff’s Office motor unit observed the vehicle southbound on HWY101 passing HWY246. The deputy attempted to catch up to the suspect and a pursuit was initiated. CHP moved into position and took over as the primary agency for the pursuit. Additional CHP and Sheriff’s Office personnel continued to respond to the scene. The suspect drove recklessly, striking a pickup truck, but continued on. At the summit of the Nojoqui Grade, the suspect lost control of the vehicle and went off the roadway, causing the van’s tires to flatten. The suspect continued for a short distance before the van became disabled and pulled into the center divider. Due to the serious nature of the original offense, a high-risk enforcement stop was initiated.

The two juvenile suspects were detained, medically evaluated and released into the custody of the Sheriff’s Office. Due to their ages, the names and photographs of the juveniles are being withheld. The juveniles are both being booked on charges Robbery, Vehicle Theft, Felony Evading of Law Enforcement, Felony Child Endangerment and Fleeing the Scene of an Accident.

Shortly following the enforcement stop, a responding CHP Officer was involved in a collision with several unrelated vehicles who had slowe d due to the traffic. Units immediately diverted from the enforcement stop to begin rendering aid and calling for additional resources. Two plain-clothes detectives happened to be in the backed up traffic and both immediately moved in to assist in treating the injured.

The Cities of Solvang and Buellton contract with the Santa Barbara County Sheriff’s Office for law enforcement services.

Seven people were injured, including two infants, after five vehicles collided on Highway 101 near the Nojoqui Grade during a police pursuit of a carjacking suspect on Tuesday morning.

At 7:13 a.m., Santa Barbara County firefighters responded to the southbound lanes near Highway 1 and found five vehicles had collided, including a California Highway Patrol (CHP) vehicle and a semi truck hauling a tractor-trailer. 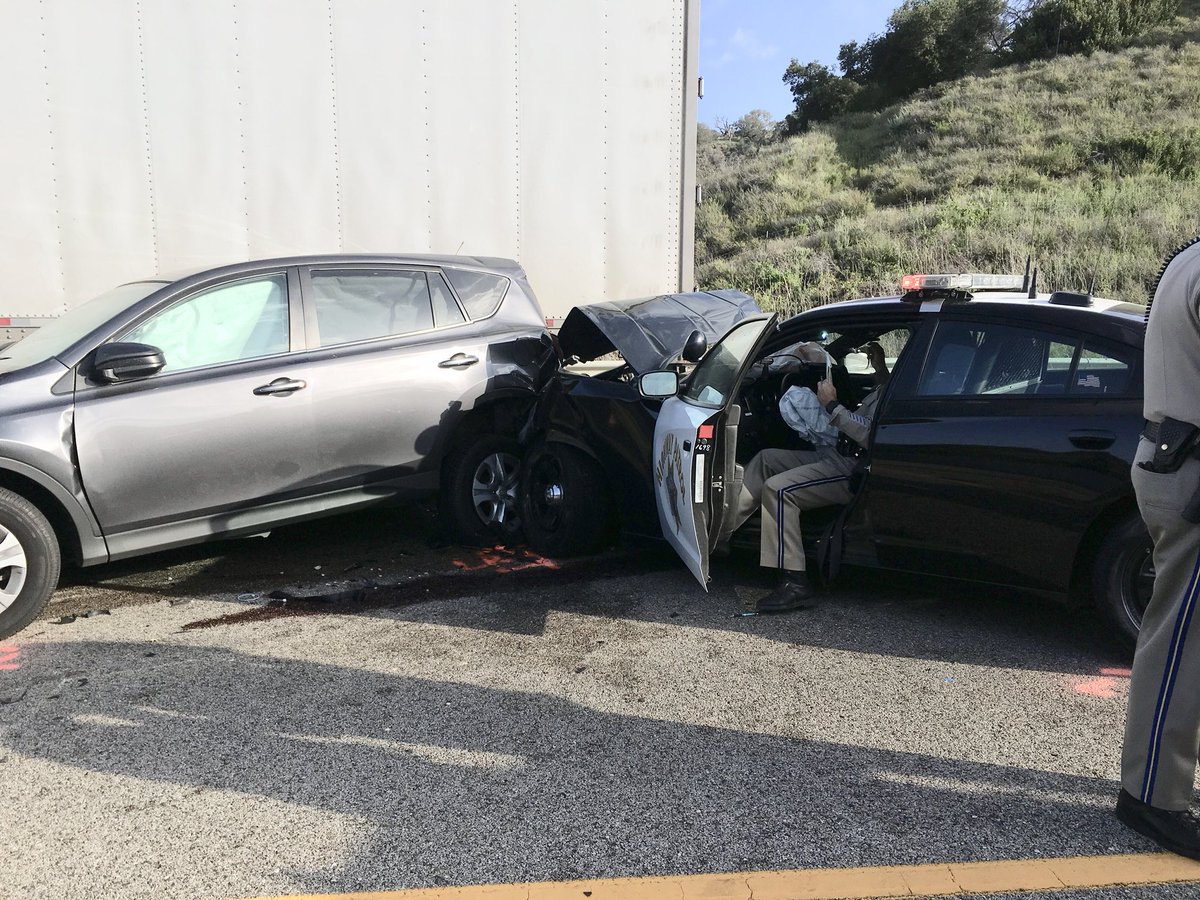 A CHP officer was pursuing an alleged carjacking suspect from Santa Maria when the collision occurred. There were six minor injuries and one moderate injury from the incident which included a CHP officer and two infants sustaining minor injuries. All patients were transported to Santa Barbara Cottage Hospital in ground ambulances.

Two suspects believed to be involved in the carjacking were detained at the scene.

The southbound lanes of Highway 101 were shut down for a period of time. CHP is investigating this incident. 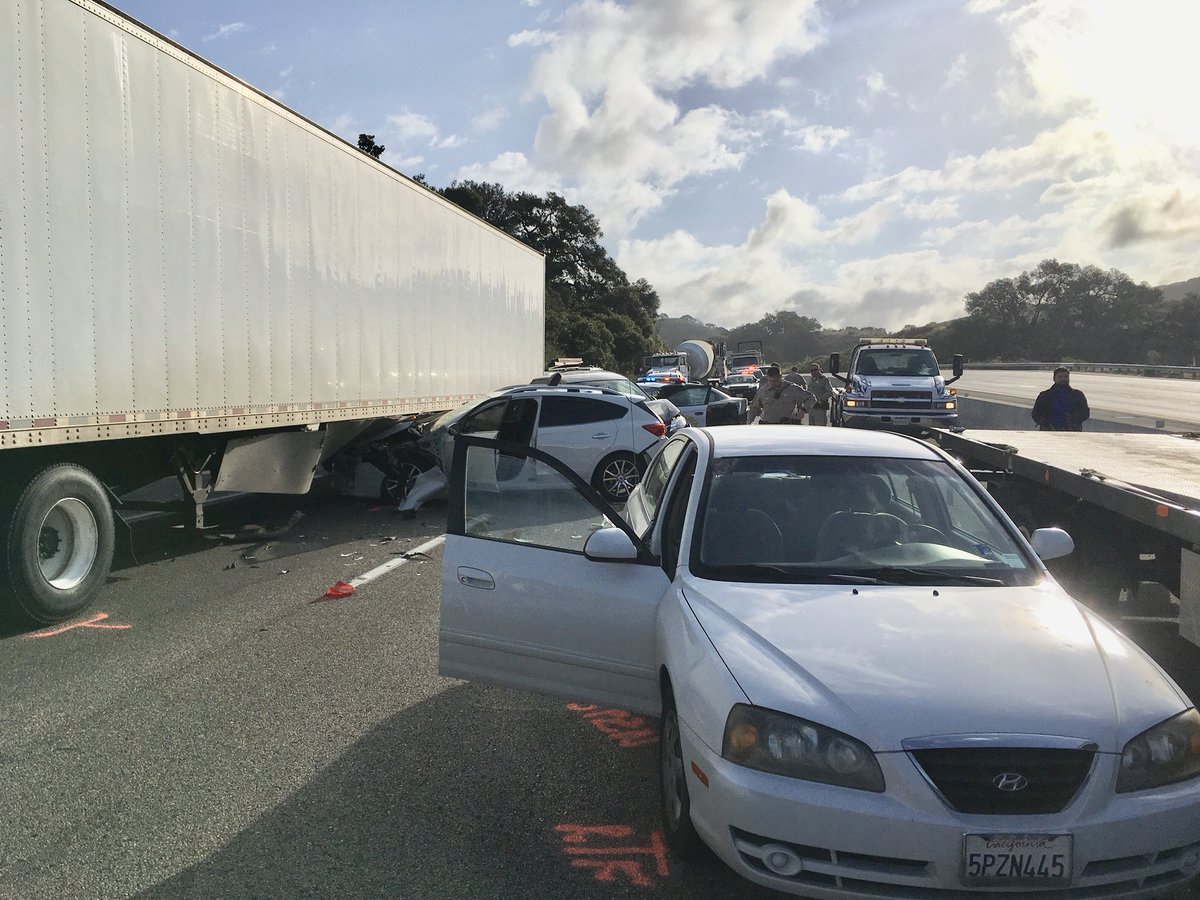 Reported by an edhat reader 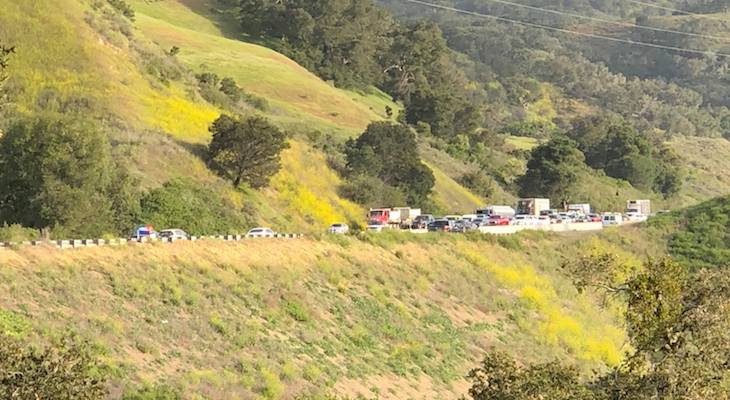 I must have slept right

Sam I was down there during

Yes it was Bill Shatner I

Two things come to mind. If

Roger, I love all your

Yes me and Old Bill went at

I doubt even half of the