Everyone is encouraged to register their address and cellphone at awareandprepare.org to receive the latest evacuation notices. 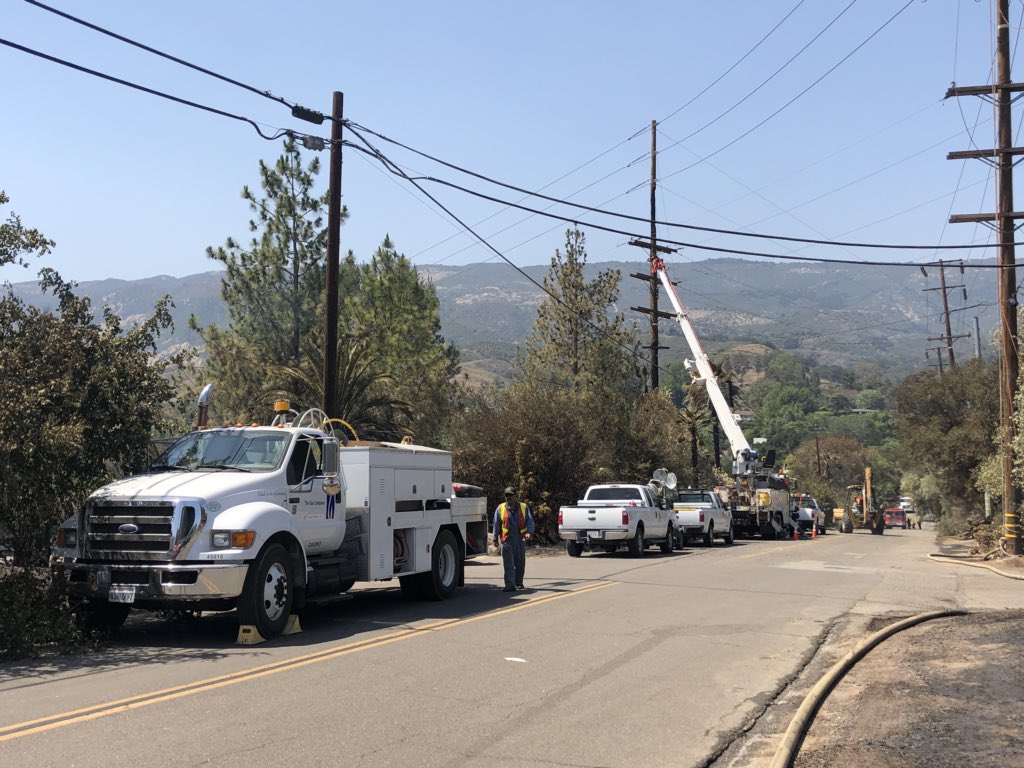 Effective at 6 p.m. (Sunday), the areas that remain under Mandatory Evacuation for the Holiday Fire will be downgraded to an Exclusion Zone open to residents only. The area that was under Evacuation Warning has been lifted.

The Exclusion Zone includes the neighborhoods accessed from North Fairview north of the intersection with North La Goleta including:

Residents and homeowners living in these areas are permitted to return by showing identification at law enforcement checkpoints. Residents will want to be aware that not all power has been restored and the area may be congested with fire, public safety and and utility crews.

County staff, counselors, public safety personnel and volunteers from Red Cross will meet residents returning to their neighborhoods tonight. Law enforcement and fire personnel will remain in the area through the night. Firefighters will continue to do aggressive mop-up of hot spots in the impacted area. The area does not have electrical power and may not for up to 72 hours. 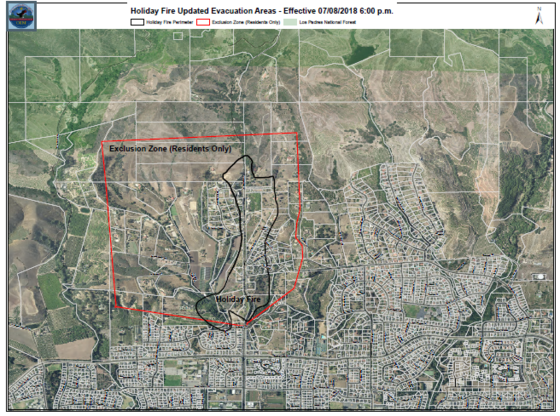 The evacuation center at the Goleta Valley Community Center will close at 5 p.m. The County of Santa Barbara, in cooperation with local and state emergency agencies, will open a Local Recovery and Assistance Center for victims of the Holiday Fire. This Assistance Center serves as a single point resource hub for those who have been impacted by the fire.

The Center will open Monday, July 9 at the Goleta Union School District Office located at 401 North Fairview Road, Goleta. The Center hours are:

Based on the community’s needs, the Center may extend hours through the weekend of July 14-15.

Representatives from state, local and non-profit agencies will be on site to provide resources such as housing assistance, counseling support, information to aid in rebuilding, permitting, loss of business and/or employment, hazardous materials cleanup, basic health and human services resources, and other issues that have impacted people.

Entities and agencies onsite include:

While a backup source of power can keep you up and running during a power outage, generators can be dangerous if connected or used improperly. Before using a generator, consult an electrician to determine the proper equipment and safe set up for your residence or business. Please refer to safety tips posted on the Southern California Edison website.

The Holiday Fire is still estimated to be between 50-80 acres, but more closely reported to 60 acres, and 5% contained. 20 structures have been damaged or destroyed. There are 0 injuries with 350 firefighters assigned.

The evacuations are still in place for the areas North of Cathedral Oaks to West Camino Cielo Road, and from La Patera Lane west to North Patterson Avenue. Approximately 2,500 people were evacuated. Everyone should be out of this area at this time as there are active embers and downed power lines.

Santa Barbara County has proclaimed a local emergency due to the wildfire, read more on that here.

Below is a current map of the Holiday Fire perimeter 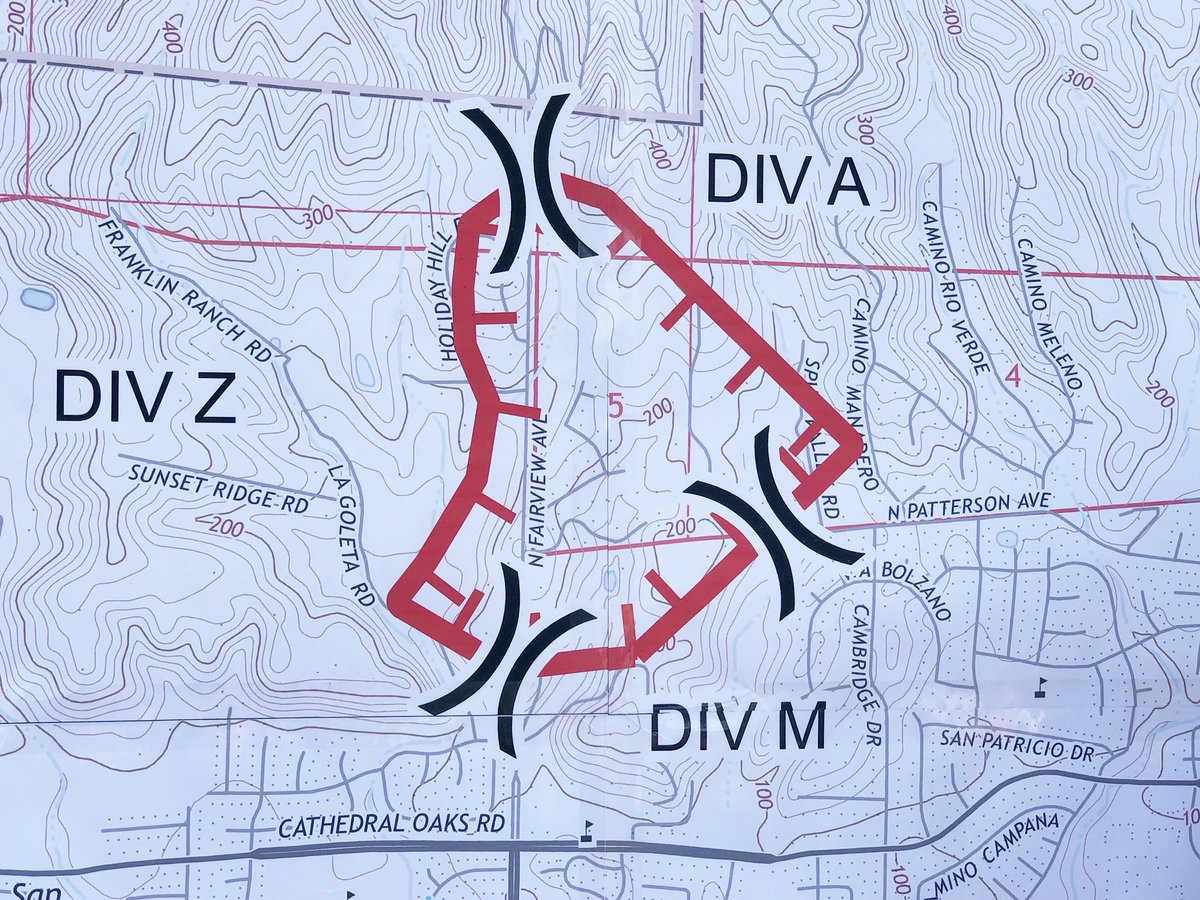 An unofficial map has been put together by a Ham Radio Operator on Twitter (@ai6yrham) who has been listening to addresses involved via scanner reports.

Couldn't go out and work in the garden (100 degreees out), so here I've annotated all the homes clearly destroyed in the #HolidayFire in #Goleta (per news video). At least 15 homes for sure. https://t.co/CidTdMeqvM pic.twitter.com/ndhgvTf6rF

Sheriff Bill Brown estimates 2,500 people were evacuated out of approximately 3,200 residents in the area.

Over 2,000 people are without power in the area and CHP has closed Cathedral Oaks between Carlo and Patterson.

The Red Flag Warning and wind advisory continue until 10:00 a.m. while the excessive heat warning continues until 9:00 p.m.

Update by edhat staff
12:25 a.m., July 7, 2018
The County of Santa Barbara reports approximately 2,200 to 2,500 people were evacuated due to the Holiday Fire.
There are more than 30 fire engines and 71 law enforcement personnel on scene with 2 night flying helicopters.
Below is the most recent evacuation map provided by the Santa Barbara County Office of Emergency Management. The green lines show the area that is currently under mandatory evacuation. It's unclear if the red line is the size of the fire or the area most affected. 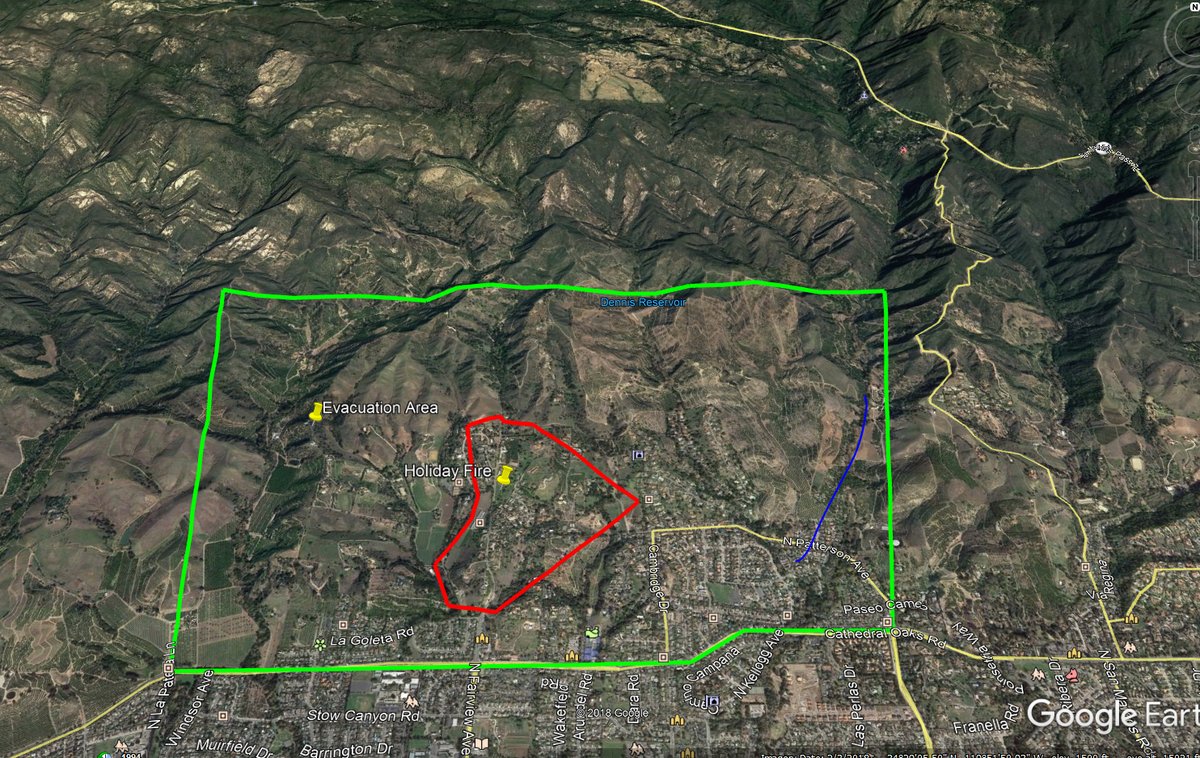 Update by edhat staff
11:05 p.m., July 6, 2018
The mandatory evacuations have now grown from west of La Patera to east of Patterson Ave, north of Cathedral Oaks. However, scanner traffic is stating fire is being seen at Paseo Palmilla, which borders Cathedral Oaks.
Captain Zaniboni states an unofficial number of structures burned is now 20 and growing. The majority of the fire is coming down the Fairview corridor and burning east towards Patterson.
There are reports of people refusing to leave their home, firefighters strongly encourage everyone leave within the evacuation zone. 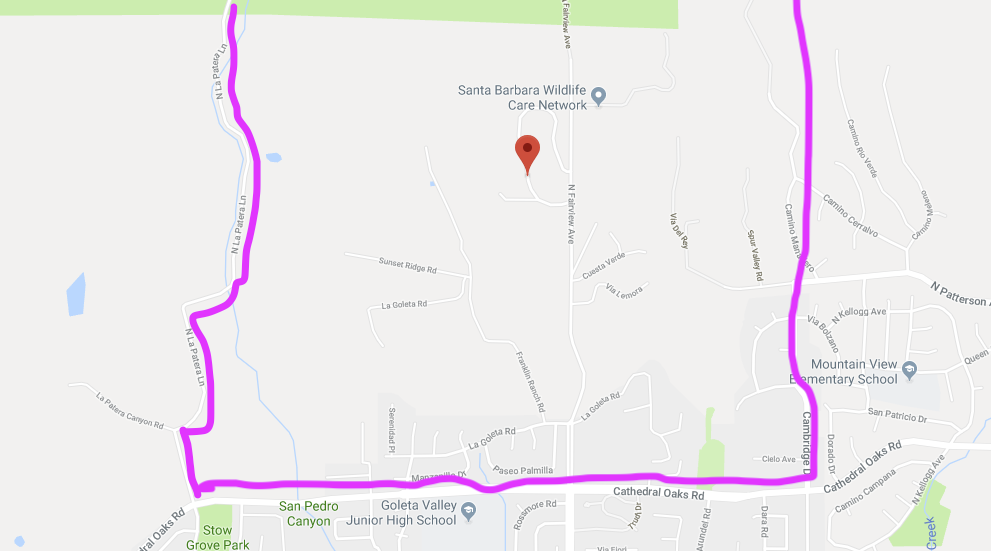 911 lines are jammed up; please only call if there is an emergency. Fire and public safety crews are active in the Goleta area.

Aware and Prepare Alerts:
It is critical that people in Santa Barbara County register to receive emergency alerts. Sign up for Aware And Prepare at www.ReadySBC.org. 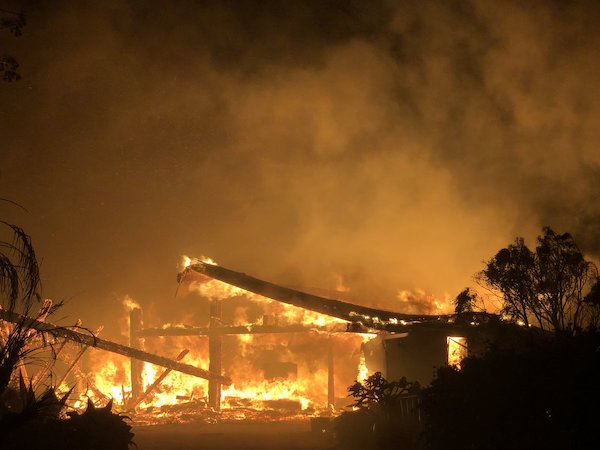 For anyone north of Cathedral Oaks west of Cambridge and east of Carlo Drive, evacuate immediately. The fire is located off Holiday Hill in Goleta and is being called the Holiday Fire and is spreading rapidly. Approximately 1200 residents were told to evacuate the area.

Santa Barbara County Fire Captain Dave Zaniboni reports the fire is "completely out of control, no containment." He stressed anyone living north of Cathedral Oaks between Fairview and Patterson needs to leave immediately.

According to the scanner traffic, firefighters are actively defending structures. Zaniboni confirmed there have been structures lost but they do not have numbers yet on how many.

The fire is wind driven and is burning downhill due to north and northwestern winds, down the Fairview corridor and east towards Patterson.

VegFire-#HolidayIncident a firefighter can only watch as a structure burns in the 1300 block of Fairview Ave Goleta -Multiple structures threatened w mandatory evacuations underway. CT 8:46 pic.twitter.com/ZPr0wVYcFf 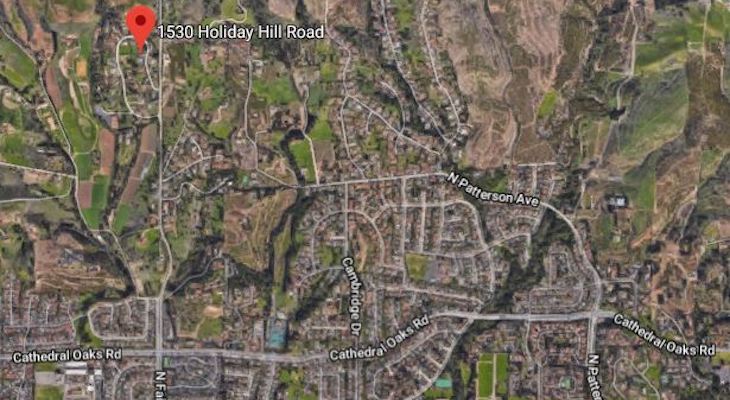 Small updates posted in the comment section below and major updates will be posted to the top of this article.

Mandatory evacuations due to a brush fire on Holliday Hill Road in Goleta. Currently, 50 to 100 structures are threatened as California Highway Patrol has shut down Fairview at Cathedral Oaks.

Families in the area are packing and evacuating between Fairview and Patterson, north of Cathedral Oaks.

Initial reports state the fire may have been caused by the wind knocking a tree branch onto an electrical wire.

Updates will be posted to the top of this article.

The SBCounty Fire Department is working on a structure fire that has spread to vegetation in very North end of Fairview, above Goleta. Any residents one the Mountain side of Cathedral Oaks should evacuate immediately downhill and away from the area as a precaution. Please do not

UC Santa Barbara graduate students join in on the protest demanding a cost of living adjustment.